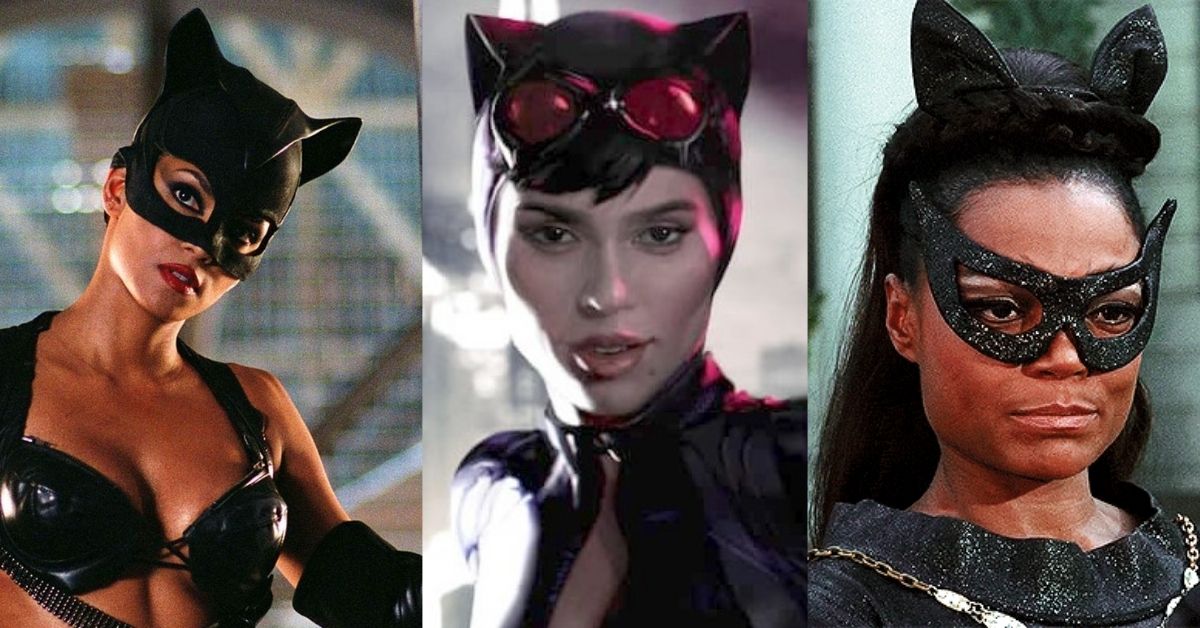 Out of all the female characters in the DC comic universe, Catwoman is easily one of the most notable. The reason people are so intrigued by Catwoman is that she’s an intense and gritty antihero who goes from being the complete adversary of Batman to eventually changing her behavior. She does bad things, but she does them for the right reasons — and there’s something endearing about that.

She was introduced to the public in the spring of 1940 in a comic book titled Batman #1 thanks to the creative minds of Bill Finger and Bob Kane. Over the years, several talented actors have taken on this character. While stars like Michelle Pfeiffer and Anne Hathaway played the role incredibly well, it’s time to reflect on the memorable Black actresses who have played Catwoman too.

Eartha Kitt was the actor to play Catwoman in the 1960s Batman television series. Kitt took over the role in the third and final season of the show, replacing Julie Newmar who originally played the role for the first two seasons. Kitt is often thought of in regards to her amazing music career, but her acting career deserves some attention too — especially with how amazing she was as Catwoman.

Just like a cat, Kitt was able to bring on a sultry and soothing vibe to the role. The ’60s was a great era for Kitt, and she looked incredible in the skin-tight, black costume she was told to wear for the part.

Although Halle Berry can acknowledge the negative criticism she received after starring in 2004’s Catwoman, she’s still revered as one of the most unforgettable to play the role. According to Glamour, she explained, “I followed my intuition and I did a movie called Catwoman, and it bombed miserably. While it failed to most people, it wasn’t a failure for me because I met so many interesting people that I wouldn’t have met otherwise, I learned two forms of martial arts, and I learned what not to do.”

Berry also revealed that she doesn’t regret the movie regardless of how poorly it was received by audiences since she received such an amazing financial payout for her time in the role. It’s pointless to fully regret something like this when you’re able to walk away with a huge chunk of change in your pocket. That was obviously the case for Berry.

We don’t get to actually see Sanaa Lathan‘s face as Catwoman but we do get to hear her voice. She voices the character of Catwoman in the animated series Harley Quinn in its second season. The show is animated, yet still totally geared towards adult audiences. A lot of the dialogue and jokes are clearly not written for children to see. The show focuses on the wacky misadventures of Harley Quinn and her devious crime partners.

Lathan was excited to voice the character of Catwoman, telling Black Film, “It was literally an offer that came to my agents, and it was thrilling for me because obviously, it’s Catwoman. I also just love doing animation because it’s so fun. It’s so easy. You just roll out of bed, in your sweats, and you don’t have to do hair and makeup. You just go into the booth and you’re in and out.” She voice acted the role of Catwoman alongside the likes of Kaley Cuco, Lake Bell, and Alan Tudyk.

Before Naya Rivera’s tragic passing in 2020, she did a bit of voice acting. Rivera drowned in a California lake during a boating trip with her son. Prior to this devastating blow, she voiced the character of Catwoman in Batman: The Long Halloween Part 1.

Rivera successfully completed her voice work for the movie before her untimely death. Her voice acting role as Catwoman is the last official project she was part of before she passed away. Rivera’s biggest role outside of her animated Batman film was on Glee between 2009 and 2015 where she played the LGBTQ character Santana Lopez.

The latest actor to take on the role of Catwoman will be Zoë Kravitz, who’s starring in the 2022 movie The Batman alongside Robert Pattinson. Kravitz is a super talented and beautiful performer who is undoubtedly going to dominate in the role. She’s done a lot to prepare for the movie including a fitness and diet regimen, reading classic comic books, and so much more.

Kravitz is a seasoned actor prepared to take on the sultry role of Catwoman after starring in huge blockbuster movies like Divergent, X-Men: First Class, and Mad Max: Fury Road. There is no slowing Kravitz down, and it’s exciting to see how exactly she plans to take on the role of Catwoman in her upcoming movie in comparison to these other amazing Black women who have done it in the past.