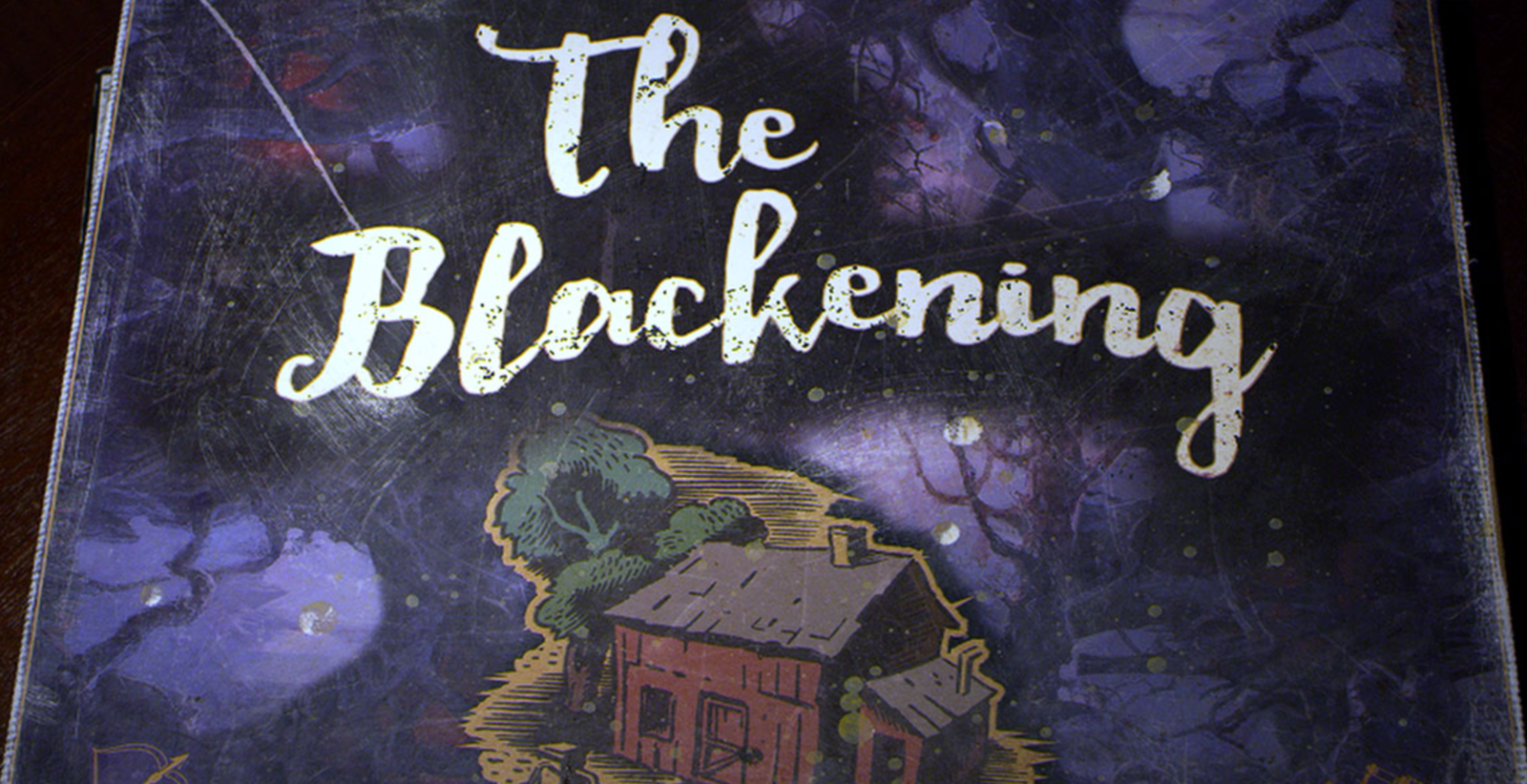 In MRC’s The Blackening, a group of young adults venture into the woods for a Juneteenth celebration reunion. Over ten years after college, these friends (and Clifton played by Coming 2 America’s Jermaine Fowler) catch up on the ways everyone has changed and the ways they’ve stayed the same.

We open with Morgan (Yvonne Orji) and Shawn (Jay Pharoah) as they prepare their huge airbnb cabin in the woods for the group. The irony of their situation is not lost on them, but Morgan is trying to remain optimistic. Shawn finds a game room, and inside is a game called The Blackening. The mascot of the game appears to be a typical “Sambo” caricature: dark, ebony skin, and big bright red lips, all capped off with bugged stark white eyes.

The game seems to come to life, ordering that Morgan and Shawn answer questions or die. Both are a bit flummoxed, but go along with it. The questions are based on Black American culture, and things are looking up for the pair until Shawn gets a question wrong. The results are horrifying. Then suddenly we switch to the rest of the group arriving at the house completely unaware of what just went down.

From here we meet Lisa (Antoinette Robertson) and her bestie Dewayne (Dewayne Perkins, who also wrote the original short of the same name and the script). We have Nnamdi (Sinqua Walls), who is Lisa’s toxic ex and now “friend.. There’s “Black and biracial” Allison (Grace Byers), reformed gangsta King (Melvin Gregg), and the life of the party Shanika (X Mayo). Then we have Clifton.

While I found Clifton’s affectation to be baffling, I wondered even more why more weren’t concerned with his inclusion. He simply mentions that Morgan invited him and then proceeds to insert himself into the group. I think this actually works, though, because in college your group sometimes consisted of unknowns or people you wouldn’t certainly hang with. The problem is he’s just a creep! Though I will say Fowler plays him to perfection, showing off a pretty substantial range.

One everyone arrives, they start to notice strange things. Doors are locked then unlocked, and signs appear out of nowhere. They discover the board game and start to play despite initial hesitation. The night suddenly turns hostile, and the group must play the game or lose their lives.

The Blackening is fun and unapologetically Black. The writing by Tracy Oliver and Dewayne Perkins is great on its own, but it was clearly made for an audience. The laughter, the screaming, and Midnight Madness antics were in full force, and they only added to the film’s legit scares.

There’s been a lot of discourse about “Black trauma porn” and the conventions of Black characters in horror films. We’re often among the first to get killed or we simply aren’t there. Add that to the cultural landscape where a lot of mainstream movies were about slavery or overt racism at the hands of “Karens” and “Kevins.” While these are important and legitimate stories, when added with the everyday pressures of being Black in America, it can be a lot. The Blackening both pays homage to these tropes and eschews them. One of the questions in the game asks, “Name five Black actors who appeared on Friends.” The chorus begins with how they’ve never seen it and how should they know, when one by one each says “But I did hear XYZ was in it as a love interest for Joey and Ross.” The answer ends up chastising them, and it’s so satisfying and hilarious.

The script is tight and the cinematography took great care to properly light dark skin at night. All of the actors were great and adeptly wove whatever their side-plot happened to be into the main plotlines.

MRC signed on to produce before the pitch even went out to market. They knew a hit when they saw it. The Blackening hits that sweet spot of being focused on a niche group of people in a way that can be universally accepted by anyone. Other people of color will understand the sentiments, and hopefully it gets some other watchers to not take themselves so seriously and maybe even laugh along.

I highly recommend The Blackening and hope it gets a full theatrical release so others can be as charmed by it as I was.