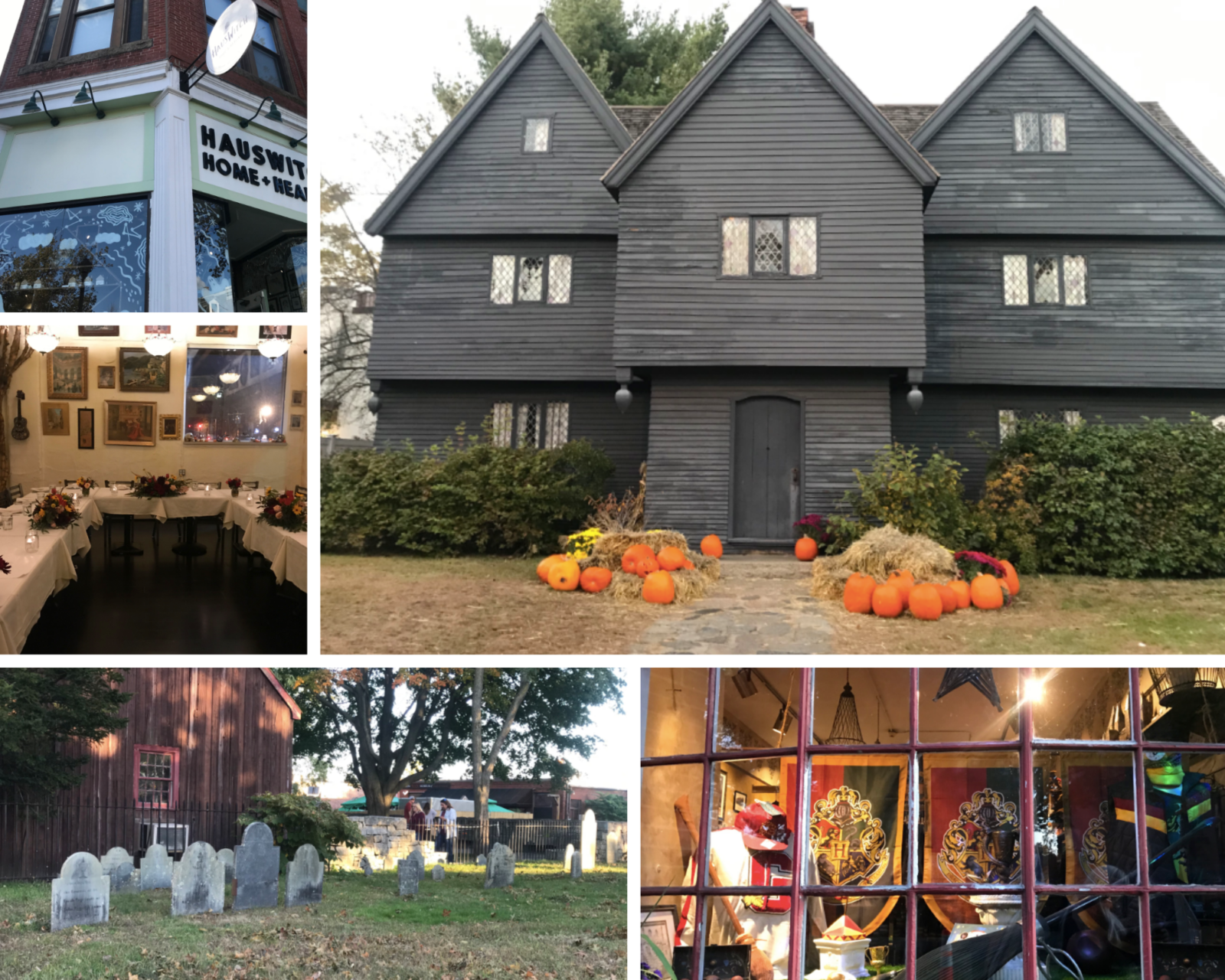 Salem, Massachusetts, is truly a magical place. BGN got a chance to visit the iconic location on behalf of Freeform and their new show, Motherland: Fort Salem.

The show is set in an alternative America where witches ended their persecution over 300 years ago by cutting a deal with the government to fight for their country. The story follows three young women from basic training in combat magic into early deployment. What better place to learn about this show than to drop a group of young women from different backgrounds into the city of Salem. We learned so much and tried so many new things.

Walking about the center of Salem and learning about the history of witches was a true experience. Here are a few highlights: the top 10 places you shouldn’t miss if you ever find yourself in the gorgeous city.

1. Witch House: The Jonathan Corwin House in Salem, Massachusetts, known as the Witch House, was the home of Judge Jonathan Corwin and is the only structure still standing in Salem with direct ties to the Salem witch trials of 1692. The house is thought to be built between 1620 and 1642. The house itself looks very out of place amidst the current real estate in Salem but adds an extra dose of eeriness to the city.

2. Ropes Mansion: The Ropes Mansion, also called Ropes Memorial, is a Georgian Colonial mansion located in the McIntire Historic District in Salem. It is now operated by the Peabody Essex Museum and open to the public. The house was built for Samuel Barnard, a merchant. This house is part of the unofficial Hocus Pocus tour, as it was used as Allison’s home in the film.

3. Salem Cemetery: The Howard Street Cemetery is said to be where Giles Corey was taken to be pressed to death by stones being piled on top of him. It was torture chosen because he refused to stand trial. At the location is a stone path etched with the last words of people who were killed for “being a witch.” Some of the phrases include, “I’m wholly innocent of such wickedness”, “Lord help me”, and “God knows I am innocent.” (Corey’s last words were apparently, “More weight.”) It’s a very intense place to walk around. Just knowing the history and the blood that was shed there leaves a very sad and depressing cloud over the entire lot. It is definitely a spot to stop, pay respects, and reflect.

4. Kokeshi Ramen: This industrial-chic hotspot offers quirky bites that spin Asian street food in funky directions. The name derives from the hand-painted, wooden Japanese dolls. They bring bold, authentic flavors to historic Salem from a different part of the world. The Asian-inspired menu includes ramen and several tasty small plates that are easy to share at traditional or communal tables. I had Colonel Sanders Ramen, which includes fried chicken, Tokyo wavy noodles, spicy pork broth, wakame (a type of edible seaweed), Thai basil, and Vermont butter. I also had a taste of the flash-fried chicken wings. Both are delicious.

5. Bambolina Pizzeria: This restaurant is owned by the same people who own Kokeshi. Bambolina loosely translates from Italian as “baby doll.” This is a rustic-cool spot serving wood-fired pies, small plates, wine, and craft beer to the masses. They feature handcrafted dough made with “00” imported Italian flour, fresh mozzarella, and crushed tomatoes. The fennel sausage and forest mushroom pizzas taste authentic and leave you wanting more.

6. Melt Homemade Ice Cream: When it comes to desserts, this spot is worth it. They have homemade ice cream made on-site. Their bold, innovative flavors coupled with local ingredients make it the best ice cream I’ve ever had. Of course, there was a special flavor made for Motherland: Fort Salem. It was mocha chocolate with red cherries. Apart from the sample I had of that, I got a scoop of pumpkin and taza chip cookie dough. It was all heavenly.

7. Wynott’s Wand: Of course, we would find a Harry Potter shop in Salem; it’s only right. Here you will find the crafter of magic wands for witches and wizards. Here I was able to have my first butterbeer. It was tasty and sweet. There are Harry Potter and witch trinkets and souvenirs in abundance in the store.

8. HausWitch Home + Healing: The location is an urban boutique with vintage and secondhand furnishings, plus Salem souvenirs and works by local artists. It’s truly a witch haven. There are books, candles, stones, and beginner packs, if you’re interested in the craft. The location is run by practicing witches, and they are more than happy to share their experiences. We experienced Witchcraft 101, which gave some insight into some of the elements that are involved in the craft, particularly the use of stones. We also did a moonlight meditation here one night. It was truly a relaxing and opening experience.

9. Antique Table: Their menu reflects the best in Italian cuisine coupled with an eclectic ambiance. The kitchen prepares every meal to order. When you first walk into the Antique Table restaurant, there is a window through which you can watch the chefs at work. It’s pretty cool. It’s a little piece of Italy on Boston’s North Shore, surrounded by witch history.

10. First Church in Salem: This Church was founded by the Puritans of Massachusetts Bay Colony on August 6, 1629. It is remembered as the first Congregational church in America. The church is one of the oldest Protestant churches in North America and the first to be governed by congregational politics. It’s a large, grand, dark stone building that towers over everyone that walks up to it. It’s hard to imagine this building not being erected to scare those into submission. During its long history, the theological position of the Church has changed, most significantly in the early 1800s when Unitarianism was embraced. Today, the First Church welcomes all who want to share in the religious fellowship and spiritual quest regardless of color, creed, or sexual orientation. The irony is not lost.

If you are ever in Salem, stop by any of these places and you won’t regret it. Until then, dive into Salem and the witch culture by tuning into Freeform’s new series Motherland: Fort Salem premiering Wednesday, March 19.