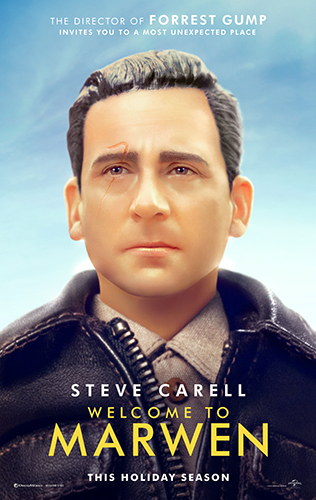 Robert Zemeckis is well known for his blending of live-action and animation. Unfortunately, and in a few different ways, Welcome to Marwen does not stay one seamless film throughout. The story of Mark Hogancamp, adapted for the big screen, often clashes with the motion capture integration of the art installation the man used as therapy. Furthermore, some of the adapted plot elements are also glossed over or left dangling, leaving places in the story that are a bit confusing and sometimes jarring juxtaposed the Marwen scenes. The result is two good films stuck in one film space.

Again, the story is a decent one. Mark Hogancamp, played by Steve Carell in the movie, is a real artist who was badly beaten outside a bar by a couple of homophobic neo-Nazis. The beating takes his memory and his talent. Hogancamp can’t draw, can barely write after the incident.

The man also happens to be a casualty of the American healthcare system. He was bounced from rehab long before his therapy was finished, leaving him to find his own means for healing. Enter Marwencol.

Hogancamp used dollhouses and fashion dolls that he crafted into a WWII era village in Belgium. The village is home to five women who each have a function in the town, but their main job seems to be saving Captain Hogie, a US Army captain who is constantly getting ambushed and tortured by the Nazis occupying the Belgium countryside. In Welcome to Marwen, the women are badass and are given plenty of space to show their stuff. They work in scenes that are a lot gorier, sometimes moving and always an allegory for what was happening in the live action side.

The story based on Hogancamp and the one based in Marwen come off as two separate stories meant to complement one another. They struggle so badly to do so, however. There are places where the integration is amazing. In one hilarious scene, the Marwen Nazis capture the women of the town. One doll named Roberta (voiced by Merritt Wever) breaks free and flees the church with her shirt wide open. We are jolted back into the live action as the human version of Roberta, played by Merritt Wever, chides the real Mark for using “her doll” with its shirt off — again.

Other integrations are less successful. One particularly jolting scene is the moment when Mark awakens from a headache to bombs dropping around him. Captain Hoggie is there, calling out orders to the Marwen women, to fight back against that rampage. However, the scene is stuck in the real world, and the feeling of something awkward about to happen is rewarded with a knock on the door. It’s Nichol, played by Leslie Mann, at the door and she is worried about Mark and all the noise coming from his place. (The screaming noise, of course. She can’t hear the bombs.) It’s hard not to cringe in embarrassment for the man, as we know he has a crush on this new neighbor. This knowledge and the semi merging of the worlds makes the scene jarring and uncomfortable to watch.

ALSO READ
Sundance 2022 Review: ‘You Won’t Be Alone’ Because This Movie Will Always Stay With You

Overall, the story is one of a man healing from a brutal assault with the message that we all heal in different ways. He has a crush on an unavailable girl, Nichol, while another is there helping and waiting for him just as he is, Roberta. Janelle Monae, Leslie Zemeckis, Gwendolyn Christie, and Eiza Gonzalez are the primary dolls who are also people from Hogancamp’s real life. They are women who show him kindness, who check up on him and are his true friends. It’s easy to see how their doll personas are so protective in Marwen.

One doll, in particular, is a mystery through much of the movie, a mystery that is teased out a bit too long. Deja Thoris is sometimes a villain, sometimes a voice in Hogancamp’s head. Her true identity is very nuanced and is one of the greater discoveries in the film. Zemeckis really did develop her well and audiences will enjoy her villainy once her role is fully realized. 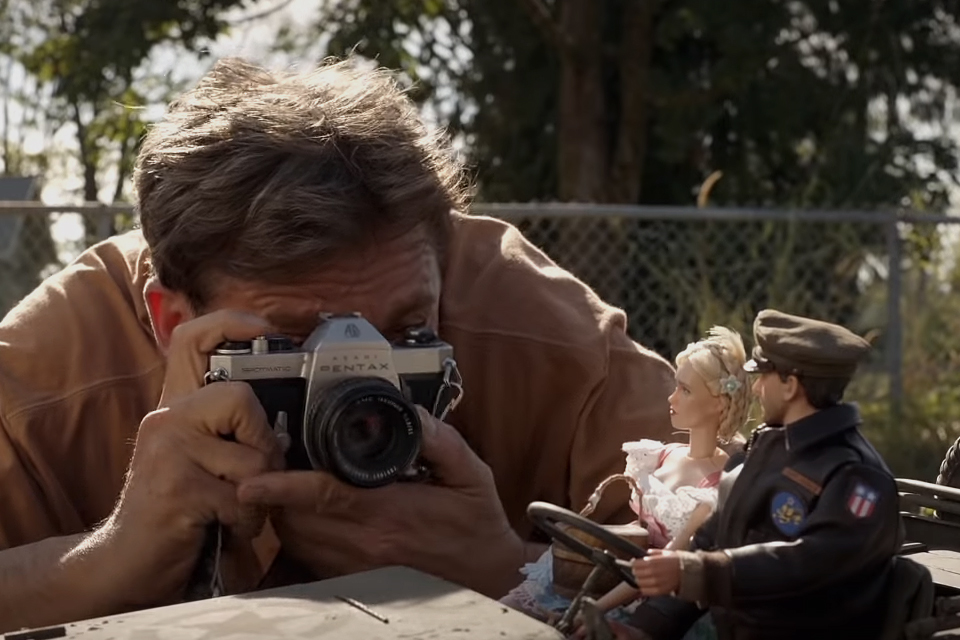 Mann, Carell, and Wever work their live-action roles to the best of their ability, but it’s not enough to bind the dual worlds within this film together. A Lifetime movie about Marwencol and Hogancamp with a separate Zemeckis-created Marwen movie with just the motion capture story would have been much more entertaining and digestible. Audiences may have a hard time shifting back and forth between worlds, as they find themselves wanting so badly to like Welcome to Marwen. Both stories are good and deserve to be told, just not in the same space without a lot more work to make those transitions, the shifts between worlds, work.

Welcome to Marwen is in theaters December 25.

Cult Classics: ‘Back to the Future’ is Wacky, Incestuous, and Outstanding

‘Roald Dahl The Witches’ Has Arrived Just in Time For Halloween

BGN Film: ‘Welcome to Marwen’ and the Women Who Healed Him