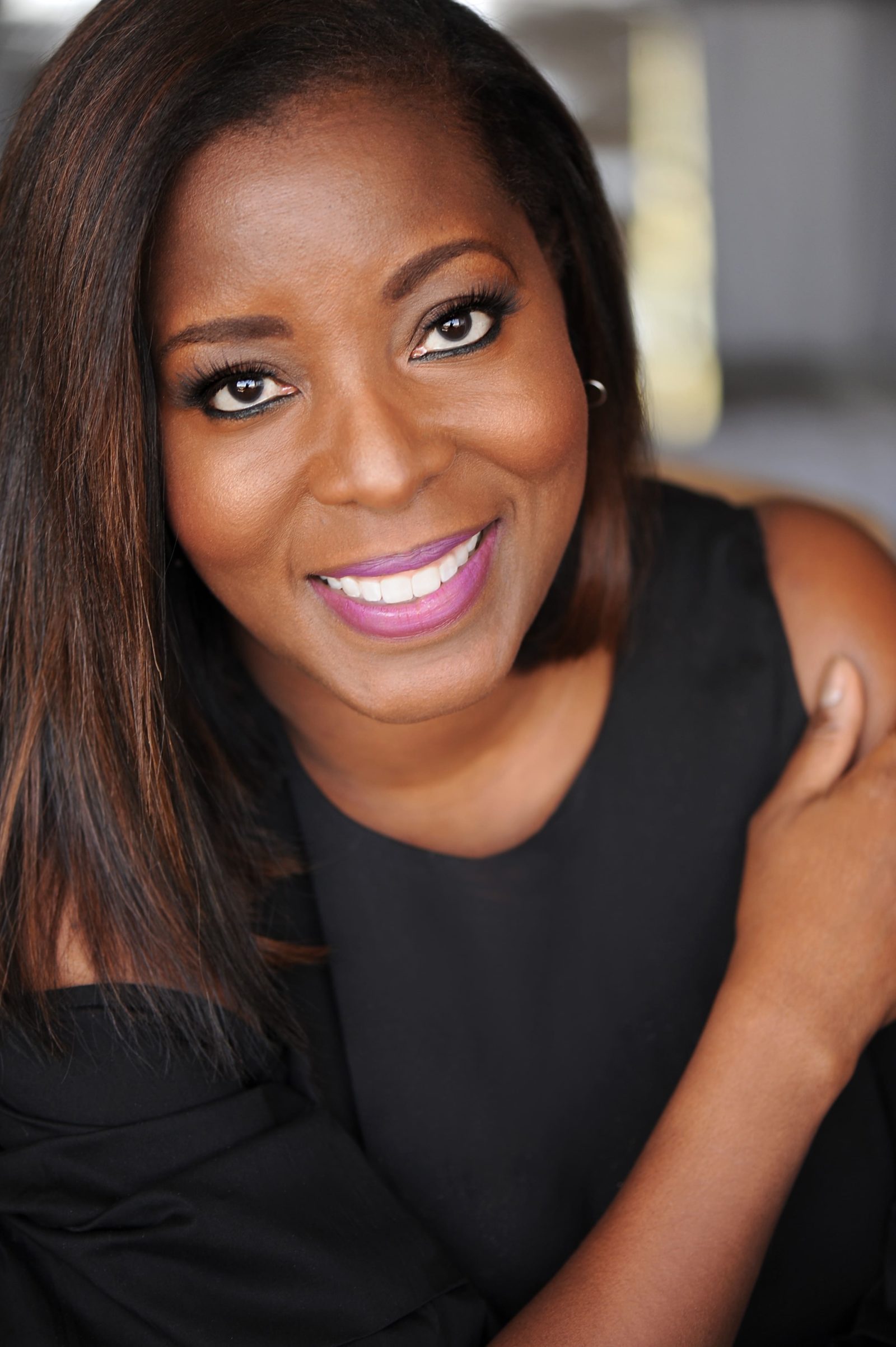 As the new showrunner for the Showtime hit series, The Chi, veteran writer and executive producer Ayanna Floyd Davis (Empire, Hannibal, Private Practice) said fans of the coming-of-age drama will get to know more about the characters in Season 2.

The Chi, created by Emmy winner and Chicago native Lena Waithe (Master of None) returns on April 7.

The Chi continues to represent Chicago and the Southside this season, as the episodes were shot right there on location. Ayanna, a native of Toledo, Ohio, lived in Chicago for five years and graduated from Columbia College with an MFA in film production/screening. She brought in eight Columbia College grads to either work in the production office or on set. A retired Chicago police officer who patrolled the Southside is a writer on the show. Chicago natives Salli Richardson-Whitfield (Queen Sugar, Scandal, Underground) and Carl Seaton (Bull, Chicago P.D., The Originals) directed episodes this season. Salli is part of a group of women directing seven of the 10 episodes this season. Women are also half of the writers for the show.

I talked to Ayanna about Season 2 and what viewers can expect, how she got on board, and the importance of having representation from Blacks, women, and the community.

Congratulations on becoming the newest showrunner for The Chi!

Thank you! By the way, I love Black Girl Nerds!

That’s good to know! So, how did you come to be the showrunner for Season 2?

I was on The Chi very briefly after coming from Empire, for about three months. They were retooling the show and they put together what is called a short-term writers’ room. Elwood Reid, The Chi’s Season 1 showrunner, wanted me to come in and help retool it. After I did that, they got the official pickup for the series from Showtime and I went on with my life. I didn’t have anything further to do with the show after those three months.

After the first season ended, Lena called me. She needed me to take over the second season as the showrunner. She wanted to do something different with the show, and she said I could do whatever I wanted. I identified with the characters and their problems. I had lived on the Southside of Chicago for five years, and I decided to go for it.

I watched the Season 2 premiere. It was, to me, a very intense and funny episode.

I love that you enjoyed it! That’s a good balance.

Give me an idea of what viewers can expect this season.

For this season, what I really wanted to do as a showrunner was to go even deeper than Season 1. I wanted to expand on the story and peel back the layers on all these people. This season the show is more heartfelt, and it’s funnier. I wanted to bring out more of the Southside’s authenticity. You will see familiar streets, buildings. In the first episode with Brandon (Jason Mitchell), you’ll see some landmarks. You will get the drama but also see scenes like Chicago stepping, house music, and the pop vs. soda debate. [Laughs.] There will also be some surprising characters and developments, including relationships. There will be some relationships that the viewers will be invested in.

I read the synopsis for Season 2. You’re going in with topics like the varying stages of Black manhood to fatherhood, as well as motherhood to incarceration and institutions. There’s also the topic of mental and behavioral health, with Kevin seeing a therapist. Are you using this to help shatter the stigma of Blacks not wanting to seek therapy?

We deal with a lot of things this season. One of them is the four stages of Black manhood: Young Kevin; Teenage Emmett (Jacob Latimore); Young Adult Brandon; and Adult Ronnie. We’re talking about four Black men and Black violence, but there’s also the issue of Black fatherhood, young fathers, and not having a father, along with finding fathers in other places like in the neighborhood or teachers.

Another issue I wanted to touch on is Black male fragility. Last season Kevin witnessed a murder (of the character Coogie), then he shoots someone (Ronnie). He has gone through lots of trauma, and he’s a child. When I think of Coogie, I think of Tamir Rice. These kids are not made of Teflon — they’re human beings. They’re children. Children cannot witness someone shoot a person and go on about their lives like nothing happened.

With Kevin, this is the element that went into play. We wanted to give a nod to seeking therapy but not be too preachy about it. We wanted to introduce the idea and say, “It’s okay.” It’s okay to express emotions, to be confused, and to be angry. Our goal is to humanize these people in their community on the Southside.

What do you have in store for the women characters on The Chi?

I really want to explore their wants and their desires outside of the men. We just didn’t want them to be appendages of the men. We will give Jerrica (Tiffany Boone) her own story line. Emmett’s mother, Jada (Yolonda Ross), will have her story told. What does Jada do outside of her community? Jada is a caretaker, a grandmother, and she’s always giving, giving, giving. What does she want for herself? And Kevin’s two moms and their stories. It’s very important to me and the staff to develop the women characters. When you talk about men, especially Black men in the community, you have to talk about Black women. You have to give Black women their due, because they are the backbone.

In order to do this, women have to be behind the scenes, and you’ve hired many.

In this season of The Chi, we have seven out of the 10 episodes directed by women, which was really cool, especially with this being a male-dominated field. We have women telling men’s stories. Another collaboration is with a friend of mine — a gay Asian woman from Australia. She directed three episodes. My first assistant director is a Black woman from Chicago. I have several department heads who are women, including a location director who is a Black woman. My director of photography is a Mexican-American man who hired women to work with him.

Tell me about The Chi staff writer who is a retired Chicago police officer.

Shanks. The irony of that last name.

[Laughs.] Some people call him David. I don’t even know what the “J” stands for, but I call him Shanks because it’s fun.