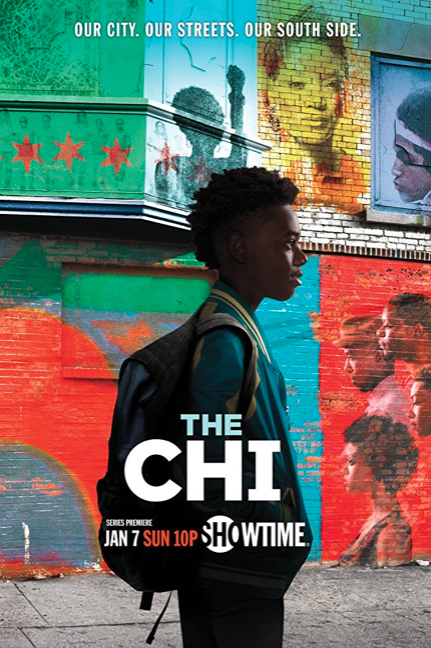 Everyone outside of “The Chi” thinks they know about the city. In her Showtime series, The Chi, Emmy Winning writer Lena Waithe shows the world what Chicago looks like from the inside.

To many, it is the murder capital of the United States. Chicago is frequently the central focus of the national conversation on gun control law. International headlines are feature images of dead children. Children that are usually on their way to school.

This is not the city I know. My city is a living amalgamation of the best the United States has to offer. We are where blue collar and white collar meet. My mother’s parents worked for the government as school teachers and post office workers. My father’s father was a mechanic. They were both raised on the south side. One grandfather fixed the other’s car. They were a part of a strong community.

It means something to have Waithe’s voice steer the conversation with The Chi. She lived the mingling of Southern and Northern parenting styles unique to Chicago. During the great Mississippi migration after the Emancipation Proclamation, thousands of Black families settled into the greater Chicago area. The sweet tea, stringent manners, and familial/church esthetics of the rural south found a home amongst the steel skyscrapers of a new city. Subsequent generations have clung to those values whilst also adopting a city slick way of walking and talking. Our style is urban but our manners are homegrown. It means something to see our community on screen.

The show focuses on several parents. I admit that in waiting for the show I hoped that we wouldn’t begin with a grieving mother. This image has haunted Chicago for decades. Twisted faces expelling primal screams of anguish is not how I want to picture my city. But, to leave out the mothers would have been an injustice.

When Tai’isha Davis plays that mother with brutal honesty it feels like a gift. Davis plays Traci, whose son Jason was murdered under mysterious circumstances — his body left in street. Her ex, Ronnie (Ntare Guma Mbaho Mwine), is at the morgue to comfort her.

They did not conceive Jason together. They did raise him together. In a moment of grief, Traci questions Ronnie’s paternity. Ronnie reminds her who taught the child to pee straight and who helped him perfect his defensive game. “If you’re his father you need to act like it,” Traci demands. Estranged from the love of his life, his son dead, Ronnie begins the hunt for his child’s killer.

The Chi does an excellent job exploring tough decision making. When there’s no reasonable recourse what’s the best course of action. If the law can’t be trusted, can an individual become the law? When a parent is acting more like a child can a child become the responsible party? 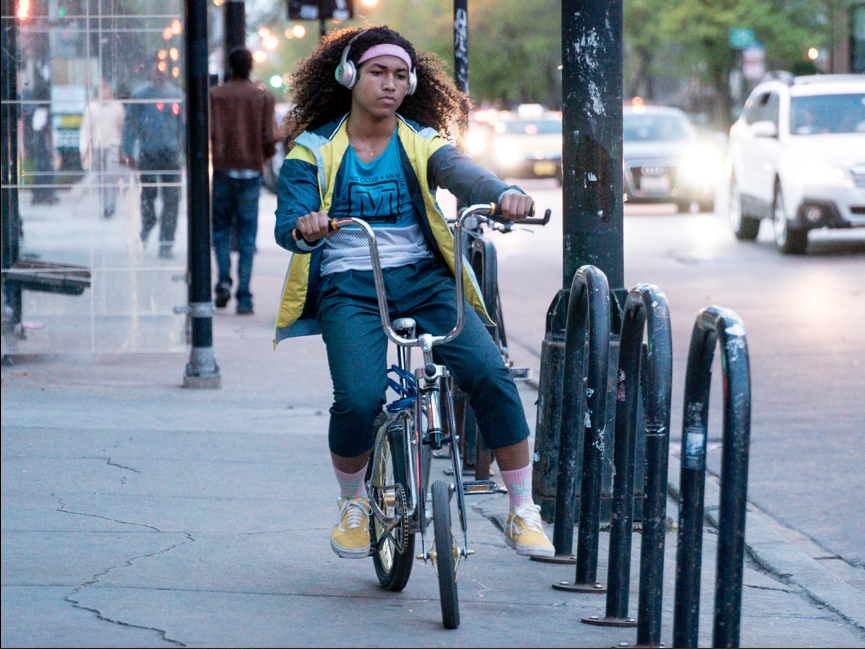 In recent years, Hollywood has worked hard to explore the south side of Chicago. In The First Date, directors Richard Tanne and Mary John Frank treat viewers to a family oriented and civic-minded Chicago. In this city, there are museums filled with Black culture and long leisurely strolls by the lakeside. In Spike Lee’s Chi-raq, viewers explore a city who’s female citizens were willing to take dramatic steps to stop violence in the streets. Their most cherished relationships tested by a lack of intimacy for the betterment of their neighborhoods.

Both films stand on their own merit, but their scope is limited. Where Lee, Tanne, and Frank wanted to paint an idealist Chicago, Lena Waithe choose to hold up a mirror to individuals who make up the city. This is perhaps the show’s best asset. It does not seek to make the neighborhood sympathetic. Nor is there a bad guy at which viewers can point a finger and place the city’s woes.

In the pilot episode of The Chi, Waithe weaves an intricate exploration into the many citizens who make up the Southside. The cast of characters includes a single mother doing everything in her power to make her son act like a man. There’s a little boy who knows how to act like a man but does not, yet, know how to express love like a man. I marvel at how Waithe was able to tell so many stories so effectively in such a short time. I cannot relay all of them here.

My favorite characters are Brandon and Jerrika. 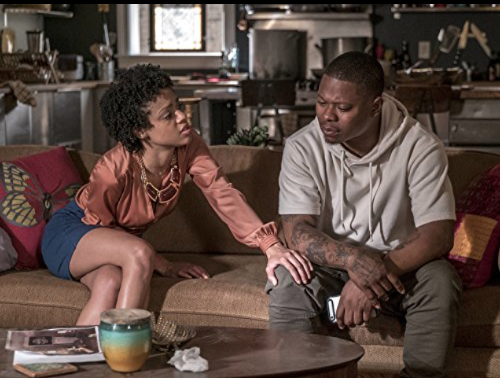 Brandon (Jason Mitchell) works at as a prep chef at a local restaurant. He guts fish, chops vegetables, and cracks jokes with the other novices. Being Chicago, all food is treated with dignity. A $5 burger is made with as much love and care as $100 tuna. Money does not keep the poor from enjoying delicious food in this city. Like any young prep cook, Brandon wants to own a restaurant one day with his wife Jerrika (Tiffany Boone). First, Brandon will have to make the line.

Believing a senior member of the team to be a shoe-in, Brandon is encouraged to apply for the position by the restaurant manager. She just so happens to be the head chef’s partner. There is definitely some sexual tension happening between these two. A lot of long looks and gentle touches are shared but neither is overt in their exchanges. If they got together it would be a shame because Jerrika is the best.

Jerrika is willing to do dishes after Brandon has a creative burst of energy and destroys the kitchen. She’s even willing to give her man the keys to her car and take public transportation in an emergency. In addition to being Brandon’s cheer squad, Jerrika is a fricking champion when it comes to Brandon’s alcoholic mother (Sonja Sohn). 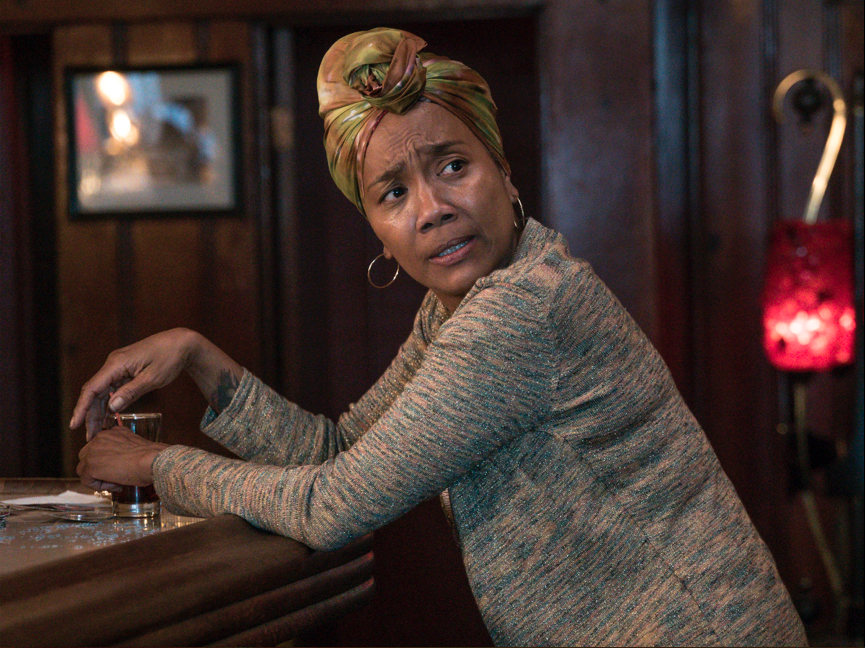 Interacting with an addict, who has yet to admit they have a problem, is a unique challenge. Look at them wrong and it could mean a fight. When that person is an in-law, the political dynamics of how to interact with that individual can become very muddled. After enduring sling of insults from her mother-in-law that would cause most to raise hands, Jerrika strives for patience.

It’s this decision and a hundred more like it that makes The Chi a stand out this season. Directed by Rick Famuyiwa, (Dope, Brown Sugar) the pilot reveals a city striving for excellence and shackled to oppressive systems. Each character dreamed up is someone with whom it would be a pleasure to spend more time.

Remarkably cast, expertly written, and flourishing with promise, The Chi makes a stunning debut. I look forward to spending more time in Waithe’s Chicago. Catch the show Sundays at 10 PM on Showtime.