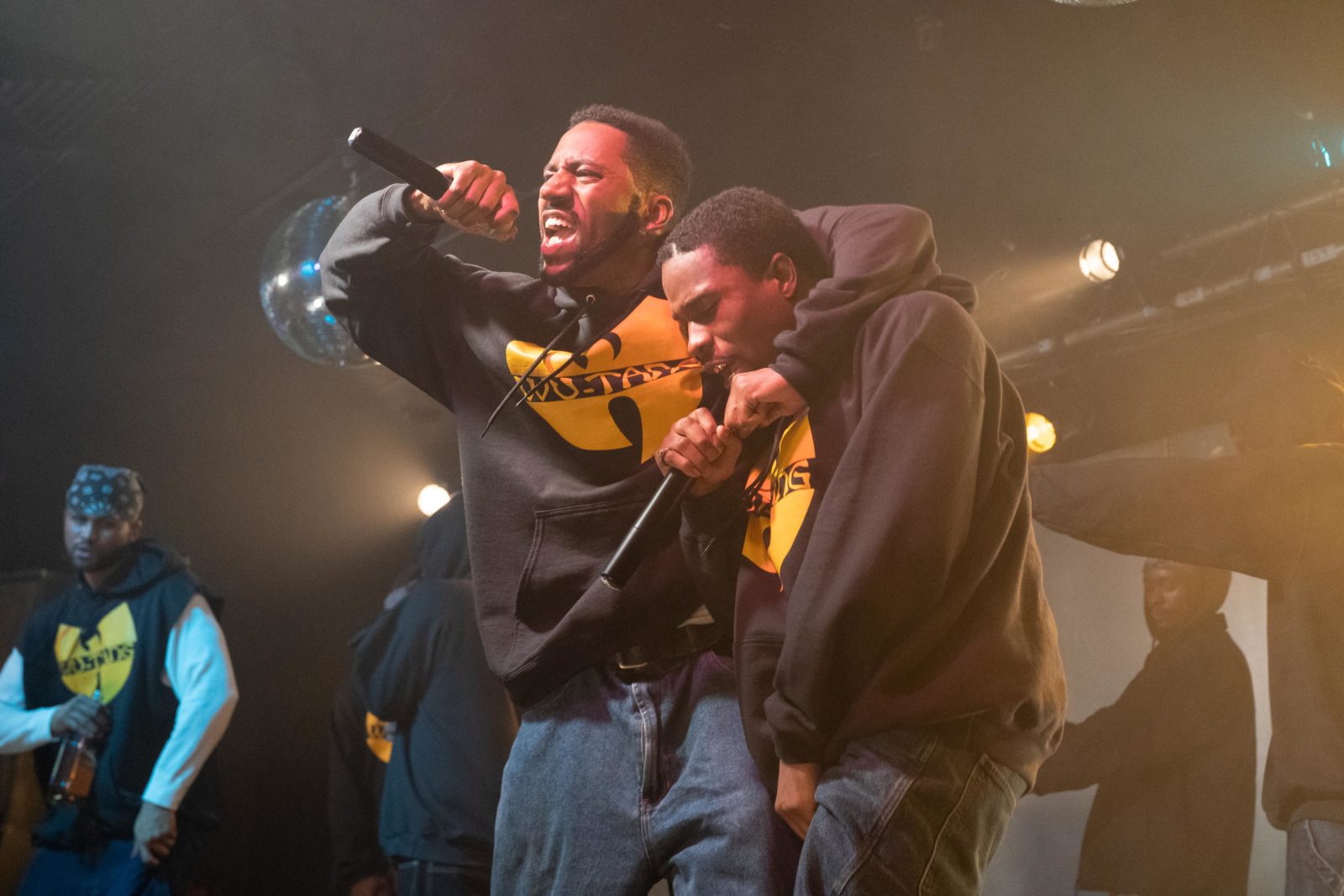 The wait is over! Welcome back to Season 2 of the Wu-Tang saga, available September 8 on Hulu. This season will have you clutching the edge of your seat and contemplating all week long the next moves of Bobby and the crew until the next episode. Thankfully, Hulu opened up this season with a three-episode premiere to soothe some of your binge-worthy urges.

Let’s dive right in because last season things weren’t looking so great for Bobby and I know I wasn’t the only one wondering, When does Wu-Tang get together? Well, this season we get to bear witness to just that. Season 1 moved very slow and took a while to develop a rapport between the audience and each character. However, this season has done a complete 180 and corrected all of those initial issues.

Now that that’s settled, it’s important to note that each member had a breaking point forcing them into music. Wu-Tang became one of the world’s most influential voices to grace the hip-hop scene. Bobby already shot someone last season and now in the first episode, he has to resort to shooting yet another man in self-defense. Unlike last season, Bobby ends up in jail. When given his second chance he realizes the music has always been meant for him and his brothers.

While Ghostface Killa has always been about his family, he realizes that in order to do right by Bobby’s sister and the mother of his firstborn, he must focus on the music — even if it means making amends with his fatal enemies, Rae and Power.

Raekwon had already decided to get out of the game, and the depiction of his relationship with his mother is reason enough. However, he too experiences an all-too-common life-altering event that makes music his one and only option. There is a huge rift standing between his future with RZA because of his beef with Ghostface during this season. Yet in reality, Inspectah Deck has gone on record to state that the beef onscreen never occurred between the two. This is good to know for perspective when acknowledging the differences between what’s for TV and what’s reality. Wu-Tang: Of Mics and Men is a great docuseries to reference when trying to get a more realistic view of the Clan and their actual lives behind the music. However, the takeaway of the rift is that Wu-Tang had to come together in spite of their current circumstances no matter the cost.

This saga is a great reference for the generations growing up today without the culture and richness of mixing fame with real-world people and their desire to make art. With this saga, we all have the opportunity to witness a fraction of the raw and unfiltered talent Wu-Tang will forever be celebrated for. RZA’s experience with the engineering of music — from vinyl to keyboard, to the mix and mastering in the studio — really shows a version of music we never get to see in a scripted drama. Robert Diggs is the show’s executive producer, so it’s fitting that we get to see inside his mind as he constructs each track to suit the needs of each member of the Wu-Tang Clan. As RZA is constructing, his grandfather who introduced him to music constantly appears to give us a deeper perspective on the type of role model that was needed to inspire the hip-hop legend we know today.

On the business side of the music, this saga does an excellent job developing characters Power (Marcus Callender) and Divine (Julian Elijah Martinez). These two also have their differences but settle them with the bigger picture being at the forefront. The saga dives into the turning point for each of these characters as they make the difficult decision to completely turn their backs on their livelihoods and invest their money and freedom into Wu-Tang. Divine experienced the reality check that even a good job may not include the security he needs in order to stay out of prison. Power is checked at the door when seeing his future self driving a bus for a living rather than living large off of Kingpin drug money. Long story short, Power becomes the money behind the music and Divine becomes the brains.

In the season finale executive producers, RZA and Method Man keep us wanting plenty more with Wu-Tang’s introduction into mainstream hip-hop. And without giving too much away, surprise guest star Lala Anthony makes an appearance in this episode. We love to see it because not only has Lala been doing her thing for some time now in the acting world but she really understood the assignment on this one y’all. I cannot wrap this up without mentioning the graphics and artistry in this season — they are impeccable! To name a few, there are the commissioned sketches of the esteemed nine members of Wu-Tang and a beautifully rendered kung-fu scene carried out by Rae and Ghostface.

Although some of the actual members of Wu-Tang have spoken in various interviews that a lot of the series has been embellished, this saga is illustrating that Black men surrounded by negativity and stuck in survival mode can come together to create, inspire, and promote positive change. So go ahead and restrict an hour out of every Wednesday so you never miss a single episode of Wu-Tang: An American Saga, only on Hulu.