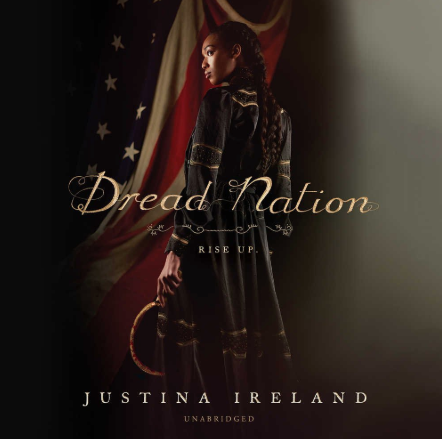 The original idea for Dread Nation and Deathless Divide came about in response to Pride and Prejudice and Zombies.

I was reading that book and thinking: How could women who didn’t even dress themselves suddenly become zombie fighting machines?  If anything, I thought, they would’ve had ladies’ maids to do the zombie-killing for them.  And as I considered what that would look like in the United States, the first draft of Dread Nation was born.  It featured Negro girls who went to special combat schools to better themselves, similar to the Indian boarding schools of the late nineteenth century.  Soon, I had a book about zombies and pretty girls fighting the dead in fancy dresses with lovely blades.  Cute boys showed up to complicate things and voila! It seemed like a great young adult novel. One part intrigue, one part survival, a dash of romance, shake until blended and serve chilled.

But the book was still missing something.  Unfortunately, it took a national tragedy to make me realize that.

This tragedy was the murder of Mike Brown in Ferguson, Missouri in 2014.  As I was reading through updates on Twitter, I kept coming back to the idea of how long police officers left the poor boy’s body lying in the street, how there was no effort to photograph him and move him, to give him the simple dignity we give human beings who have passed. And then there was the picture of an officer standing over the corpse, blood staining the asphalt, breaking my heart anew with each retweet.  It reminded me of how hunters will pose over a kill.  It reminded me how little Black human life mattered to those men, even now, in the twenty-first century.

Dread Nation is a book about the American Dream, and how that dream only truly exists for a small subset of the country.  It’s about who gets to lay claim to their humanity, and who is seen as little more than a tool that can be used to achieve the goals of others. It’s about loving a place that doesn’t love you back, no matter how much you might be willing to bleed and die for it.  It’s about understanding that, maybe, the things we’re told and the things other people believe aren’t enough to keep us safe.  We can follow the rules and do the right thing, but at the end of the day life isn’t fair for anyone. And for some of us, an equal chance was never even an option.

And Dread Nation is still about all of the things I love: girls questioning the world, and, when those questions lack ready answers, 1-2-3-SLASHing at it with all their might.  It’s about friendship forged under duress, and the idea that truth is a slippery concept, defined as much by time and place as by who we are.  Dread Nation is about defying expectations, and changing our own beliefs about others.

But mostly, Dread Nation is about zombies.  Because who doesn’t love a good pandemic?

And really, the idea of people living their lives without any sort of accountability is the most terrifying concept of all.

Dread Nation and Deathless Divide are available now wherever books are sold.