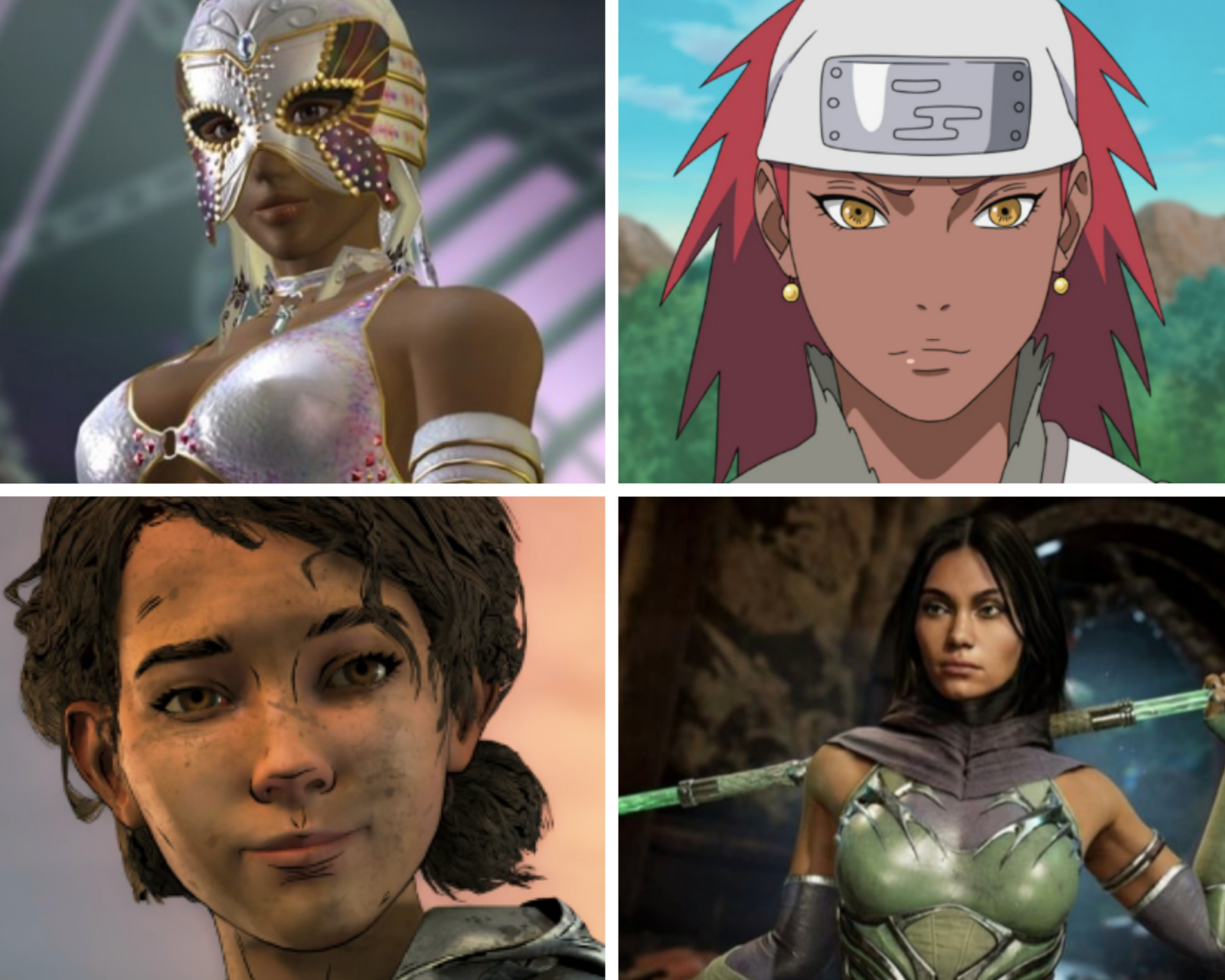 In terms of Black female video game characters, there have been many popular and powerful women who raise the bar in terms of fighting prowess, intelligence, and presence — women who give their male counterparts a run for their money and give women, both young and old, someone to look up to.

But here, we want to focus on the melanated beauties. These are the best Black women in gaming.

Dr. Lisa Hamilton is one of the most versatile and acrobatic fighters in the Dead or Alive series. She’s also one of two Black characters, the other being Zack, and the only Black woman. She’s a former DOATEC scientist who’s known for working on both genetic projects, Project Alpha and Project Epsilon.

Lisa is also a celebrated and successful Luchadora under the name of La Mariposa. She began wrestling when her childhood friend, Tina Armstrong, convinced her to join the business. She uses the Baji Quan fighting style, and her moves are as flashy as her iconic Lucha costumes that she’s known for.

Lisa stands out in the character roster while being one of the more subdued as far as story goes. She’s someone who’s always working in the background of the overall narrative, but to the Black girls who love the Dead or Alive series, Lisa is nothing short of magic.

When you think of Black women in video games, it’s hard not to have Jade come to the forefront of your mind. She’s not only an icon in the Black gamers community, but she’s also an icon of gaming to begin with.

Introduced as a secret character in Mortal Kombat II, Jade has made her mark in the MK series. She’s not only an amazing fighter and strong woman, but she’s also the general of the Edenian Royal Army and the best friend of a fellow iconic character, Princess Kitana. The two have been friends since childhood, and for Edenians, that’s no small feat since their lifespans can stretch to be thousands of years.

In fact, most of Jade’s motivations stem from her wanting to protect her best friend. She’s as loyal as she is powerful. At one point, she even borrowed her weapons from Kitana’s lead. She used steel fans in her first appearance in MK II. Since then she’s switched to her large magical steel bōstaff that she uses to spear and subdue her opponents, along with her bladed boomerangs, named razorangs.

Outside of the games, Jade is a popular cosplay for wearing around Halloween time and to conventions. She even represented Mortal Kombat in G4’s Video Game Vixens, a special focused on the sexiest characters in video games. Looking at the roster of Mortal Kombat, that’s quite a feat. Overall, Jade means a lot to the Black girls who play Mortal Kombat, and she’s quite the representative for dark-skinned women. This is why her return in Mortal Kombat II was met with such excitement when the initial trailer for her dropped.

If you’ve ever wondered what it would be like for a child to grow up during a zombie apocalypse, pick up the entire TWD game series and play through all four main seasons. In the first episode of Season 1, we’re introduced to a little girl by the name of Clementine. She’s the character who sticks around for the entire series.

Clementine starts off as an innocent 8-year-old who the player has to protect through the main character of Season 1, Lee. By the end, not only has Lee created a bond with Clementine but the player has, too. In the spirit of not spoiling the end to Season 1, let’s just say, when Clementine is faced with the last choice of the season it’s not just her who’s in tears.

Seeing Clementine journey from where we first meet her to where we can end our journey with her at the end of Season 4, it’s no wonder that fans of the series can’t help but have a soft spot in their hearts for her.

Karui can come off a bit hot-headed at times, with one famous scene being of her punching Naruto in the face repeatedly until dragged away from him — something that sticks in the heads of series fans. She’s also known as the woman who stole the heart of Choji Akimichi, a feat worth mentioning as Choji is one of the most pure-hearted individuals of the series.

Karui made her video game debut in Ultimate Ninja Storm 4 and brought along her great sword skills, also known as Kenjutsu, with her. She highly skilled with her chosen weapon, having been trained in the art by the Raikage himself, Killer Bee. She’s also able to use lightning release. This makes her a very capable and skilled fighter.

As far as how Karui handles while playing as her, she handles very well, with her sword fighting lending itself well to quick attacks and slashes. For those who are drawn to a quicker playstyle, it’s worth it to give Karui a try and see how she feels.