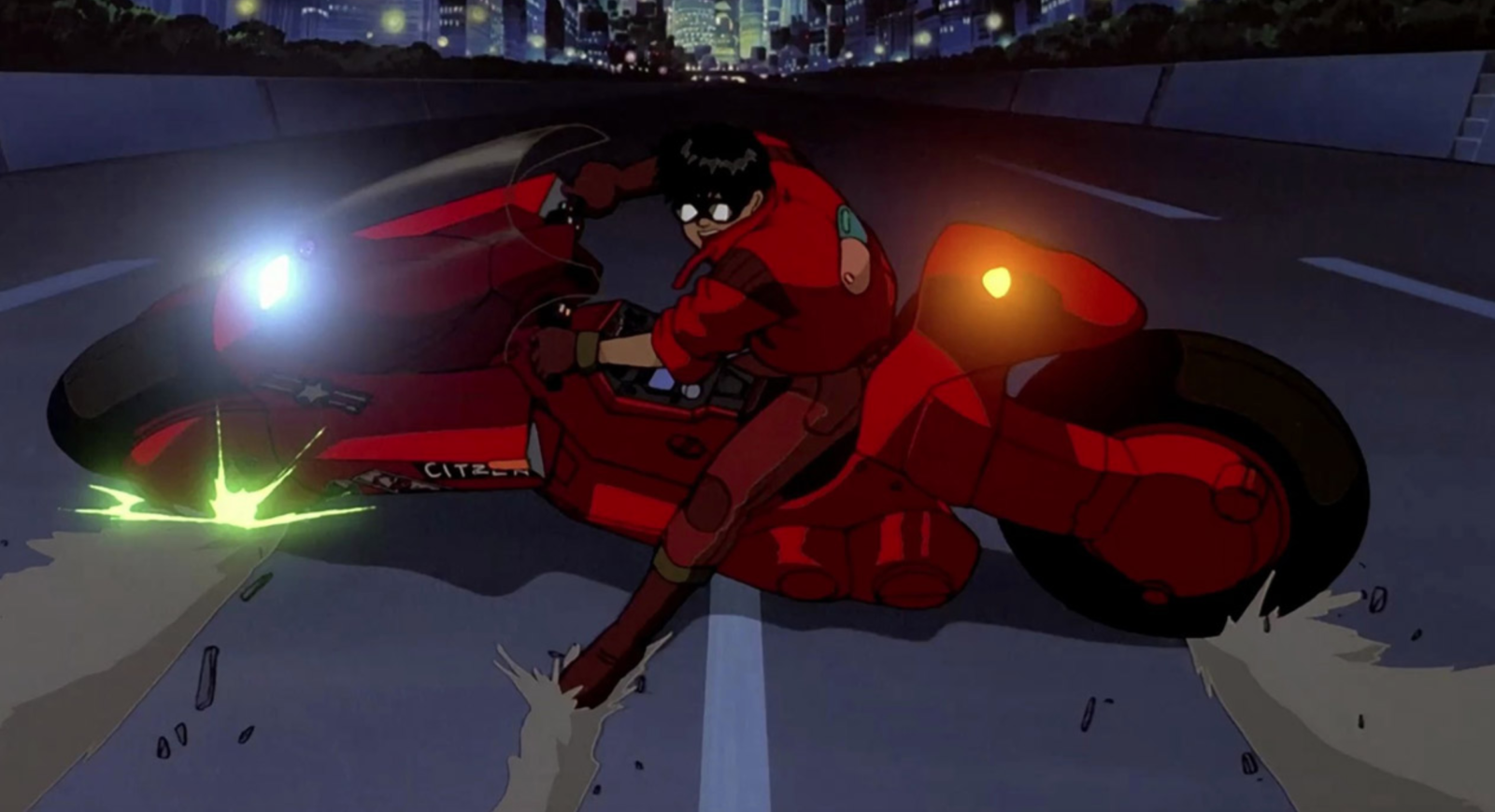 Katsuhiro Otomo’s Akira is regarded as one of the greatest anime films of all time, setting the tone for future generations of artists since its 1988 release. Its achievements in lighting, storytelling, and animation were unlike anything the world had ever seen, and it is considered the project that helped anime cross over to western pop culture.

From Kaneda’s motorcycle slide to Neo-Tokyo’s gritty urban landscape, you don’t have to look hard to find Akira references. Here are five examples of some of the best pop culture moments that pay tribute to Akira.

Writer/director duo, The Wachowski sisters, and star Keanu Reeves have all admitted that Akira hugely inspired the groundbreaking film The Matrix. In a recent press conference at the 2022 San Diego Comic Con, Reeves confessed that Akira was one of the films he studied to prepare for his role as Neo.

One look at Neo and Akira’s influence is evident:

The Matrix’s innovative action scenes were inspired by the fluid art style of Akira. This is most apparent in The Matrix’s use of overlapping imagery, an optical illusion used in Akira that gives the appearance of a character moving at an unnaturally rapid pace.

The two projects also share similarities in setting and story:

11 Things You Should NEVER Say To Eleven | Stranger Things | Netflix

Series creators the Duffer Brothers have admitted that anime was a major influence for Stranger Things, with emphasis on Akira. Since the show’s 2016 debut, Akira fans have started to make their own connections, going as far as theorizing that the two universes could be tied together.

Speculation aside, it’s easy to see how Akira influenced some of Stranger Things’ major themes including characters and plot points:

We can also see how Dr. Brenner is similar to Akira’s Doctor Onishi:

It doesn’t stop there. Akira and Stranger Things also have major plot points and settings in common:

The cool street style of Akira’s biker gang, The Capsules, has inspired fashion brands for decades, most notably the bad-ass leather ensemble of the gang’s leader Kaneda. Since the 1980s, countless brands have incorporated Akira’s stellar cyberpunk style into their collections, including Paris-based brand Comme Des Garcons and the infamous streetwear brand Supreme. However, in 2021, Funimation surprised fans with a rare opportunity to recreate Kaneda’s swag IRL with a statement piece that exceeded everyone’s expectations.

The attention to detail in the jacket’s design is unbelievable: they managed to create a life-sized replica that looks just like Kaneda’s from the 1980’s silhouette to the striking “Akira red” wash. The jacket features the same buckled collar, shoulder bands, and metal clasps found on the biker jacket in the film (with the gang’s capsule graphic notably missing from the back.)

Although it cost a pretty penny (the jacket retailed for $450), the opportunity to rock the exclusive threads of an anime icon is not something we think you can put a price on.

With the release of Akira came the birth of the cyberpunk aesthetic: a booming metropolis on the brink of social collapse overran by ads, crime, gangs, and political corruption. This concept has been recreated throughout gaming history in games like Deus Ex and Final Fantasy VII. The highly anticipated RPG Cyberpunk 2077 takes this idea and opens it up, planting you in the heart of an urban cyberpunk society.

In this open-world action-adventure game, the streets run rampant with crime and corruption while skyscrapers light up the sky as far as the eye can see. Like Neo-Tokyo, Cyberpunk’s Night City is a gritty dystopia filled with gangs, drugs, violence, and corrupt politicians.

Cyberpunk 2077 is also similar to Akira in the artistry: they both feature stunning visuals with immaculate attention to detail and are considered one of the most expensive projects in their fields at the time of their release. As an added bonus, Cyberpunk 2077 pays homage to Akira directly with their Yaiba Kusanagi CT-3X motorcycle. This unlockable vehicle is the fastest, most expensive motorbike in the game and is reportedly modeled after Kaneda’s famous red bike from the film.

It’s no secret that rapper/producer Kanye West is a big fan of Akira. He’s declared himself Akira’s biggest fan and has allegedly credited the film as his biggest creative inspiration. Back in 2007, he got a chance to express this love visually with a music video for the second single from his third studio album Graduation.

“Stronger” draws inspiration from Akira directly and is set during one of the most pivotal points in the story: the awakening of Tetsuo’s psychic powers. In the video, director Hype Williams brings some of Akira’s most iconic moments to life including The Capsule’s joyride throughout Neo-Tokyo and Tetsuo’s violent escape from the hospital.

Akira fans will easily recognize several subtle references to the film, like the computer-generated scanning machine used on Tetsuo by Dr. Onishi, and Tetsuo’s red-orange glow. With “Stronger,” the artists went for authenticity not only by filming the video in Tokyo but also by emphasizing one of Akira’s most iconic elements: lighting.

Akira is a timeless classic that tested the limits of what animation could achieve, inspiring over 130 works of art.

Experience the phenomenon of Akira for yourself, streaming now on Crunchyroll.