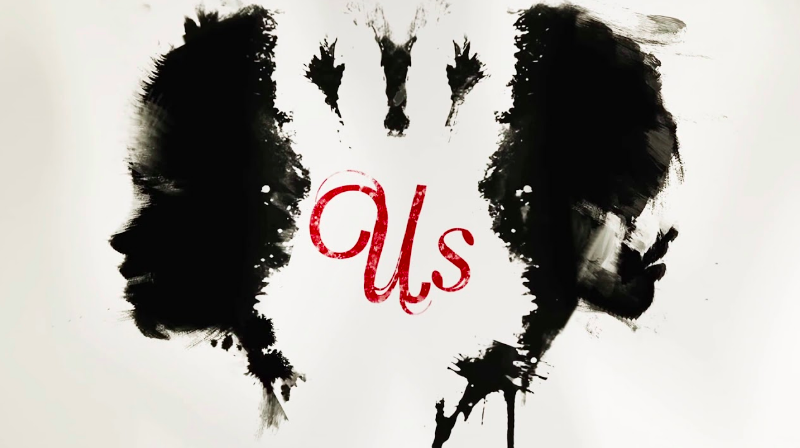 “Therefore thus saith the Lord, Behold, I will bring evil upon them which they shall not be able to escape, and though they shall cry unto me, I will not hearken unto them.” -Jeremiah 11: 11 (KJV)

Just when you think you’ve figured out the ideological construct that is being de-constructed and you are on the precipice of decoding a new subliminal message in Jordan Peele’s ‘Us’, the plot line adds another layer. This film is truly paradigm shifting, and will definitely initiate in-depth conversations. However, one consistent theme throughout the film is the scripture Jeremiah 11:11 which serves as a clue to the evil that manifests throughout the film. While Jordan Peele’s psychological thriller is a horror film, upon further introspection it appears to also be a call to action for “Americans” to examine the spiritual consequences of turning away from God’s word and running after their own carnal desires, worshipping false idols and trusting in their own devices.

After a recent advanced screening in New York City, the notion came to me that the real horror lies in truly taking an honest look within ourselves not just as Black people or white people, but rather as human beings who just may be opening demonic portals as a result of the things that we allow in our own lives.

The scriptural reference in the Us film, Jeremiah 11: 11 is very timely. The prophet Jeremiah was born to issue a decree to the inhabitants of Judah to turn from worshipping false idols and to turn from their evil ways or that they would enter into judgment and that all manner of evil would fall upon them. Another scripture in Jeremiah additionally makes reference to the judgment of God. Jeremiah 1:16 states, “And I will utter my judgments against them for all the wickedness of those who have forsaken Me, burned incense to other gods, and worshipped the works of their own hands.” 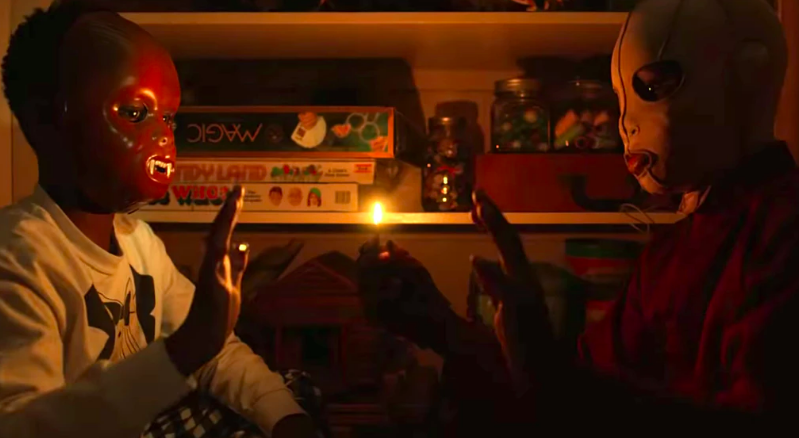 In Peele’s Us, the Wilson family appears to have the American dream: a home, a Beach vacation property, two gorgeous kids Zora (Shahadi Wright Joseph) and Jason (Evan Alex), a boat and wealthy white friends, The Tyler’s who they genuinely love and enjoy spending time with. Let’s first put the storyline into perspective. The Wilson family is the picture-perfect middle-class family on the surface. Adelaide Wilson (Lupita Nyong’o) comes from a two-parent home with parents who were astute, and Gabe Wilson (Winston Duke) is an articulate college graduate of Howard University who provides for his family with ease.

They have the trappings of success, an evident disassociation from poverty and the ‘hood’, and all of its implied connotations. To top it all off, the Wilson children have no natural rhythm when listening to ‘urban’ music. They even compete with their pals Mr. and Mrs. Tyler to see who can buy the latest car or boat. Mr. Tyler (Tim Heidecker) has a taste for the finer things in life and so does his wife (Elisabeth Moss). He is so comfortable and pacified by his ‘toys’ that he mocks his wife when she tells him that she hears strange noises outside of their beach house. Mrs. Tyler is bored and preoccupied with herself. She prides herself on her latest plastic surgery to her face. The Wilsons’ get it. They are a reflection of the ‘new normal’ of accomplished, comfortable Blacks who have arrived. The scripture Matthew 4: 8-9 warns about the seduction of the world and wealth in high places.

“Again, the devil took Him to a very high mountain and showed Him all the kingdoms of the world and their glory, and he said to Him, “All these things I will give You, if You fall down and worship me.” While there is nothing wrong with total life prosperity, there is a great danger in valuing material things more than God or allowing material things to suffocate the voice of God in our daily lives.

It is well with the Wilson family until an evil, darker shadow of themselves shows up in the driveway late one night. The scripture Proverbs 26: 2 states, “As the bird by wandering, as the swallow by flying, so the curse causeless shall not come”. This means a ‘curse’ or judgment without cause shall not come, and that nothing ever just happens. 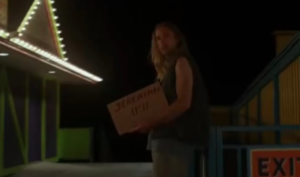 According to scripture, there is always a reason for why something shows up in a person’s life. Whether the occurrence is natural or spiritual, nothing ever just happens. In Us, this evil does not just show up in the lives of The Wilsons’, but in the lives of others in Santa Cruz as well.

At one point when identifying herself, the darker, ‘evil’ version of Adelaide declares, “We are Americans”. When considering the current spiritual and emotional state of America at this present time, the statement “We are Americans” carries much weight. It would be all too easy to say that this film is a metaphor for the horrific macro-aggressions that Black people endure in America. Peele in his ability to carve out narratives in a multi-layered manner is not magnifying the ideological construct of race, but rather making a larger statement about humanity.

Arguably, humanity in its current state of lasciviousness, rebelliousness, and desire to have no restraints is unknowingly unleashing a deep-seated evil ‘shadow’ that is an expression of the very seeds that they’ve sown into their own lives as well as in American society. A portion of Jeremiah 11: 11 states, “…I will bring evil upon them which they shall not be able to escape”.

In the context of modern-day society, the scripture poses a profound question.

Has humanity moved so far away from God and His word, that He will leave them to their own devices to self-destruct and become their own worst enemies? Is the current state of America merely the manifestation of the seeds that have been sown in this country with the choices, lifestyles, and agendas that we promote?

In Peele’s Us, there is truly no place to run and hide. The only solution is for the families affected by these evil appearances to truly look inside of themselves.

Both the Wilson’s and the Tyler’s enjoy the finer things in life, but upon further introspection, the families have become somewhat self-involved and socially numb in some respects. Gabe on several occasions is socially and emotionally disconnected from his wife Adelaide. After spending time with his friends on the beach, he quips to his wife that he feels that their friends just got a particular car to piss him off. Though innocent on the surface, he is coveting his friend’s life. In America with the help of social media, a culture of self-worship, and narcissism these habits have become the norm. Never having enough, not being pretty enough, living a lie for the sake of impressing others are all social norms that have become so common that society now has a hard time discerning the truth from a lie.

Could it be that Peele has woven a message within this psychological horror issuing a warning that our culture is self-destructing?

Has American culture become so immune to narcissism, the ‘selfie’ culture and self-worship that it no longer recognizes its own authentic reflection? Have we become so absorbed with the pride of life, which the Bible warns against that we are now tethered by the trappings of the ‘good life’?

A scriptural reference to gain better understanding of the consequences of getting caught up in ‘the pride of life’ can be found in 1 John 2:16 which states, “For all that is in the world, the desires of the flesh and the desires of the eyes and pride of life — is NOT from the Father, but is from the world.” Let us not miss the message behind the messages within this film.

Just as Jeremiah, the prophet, was called from his youth (reference Jeremiah 1:7) to warn the people to turn from their wicked ways, there’s no accident that Peele included the scripture throughout his Us film.

Us premieres nationwide on March 22nd.