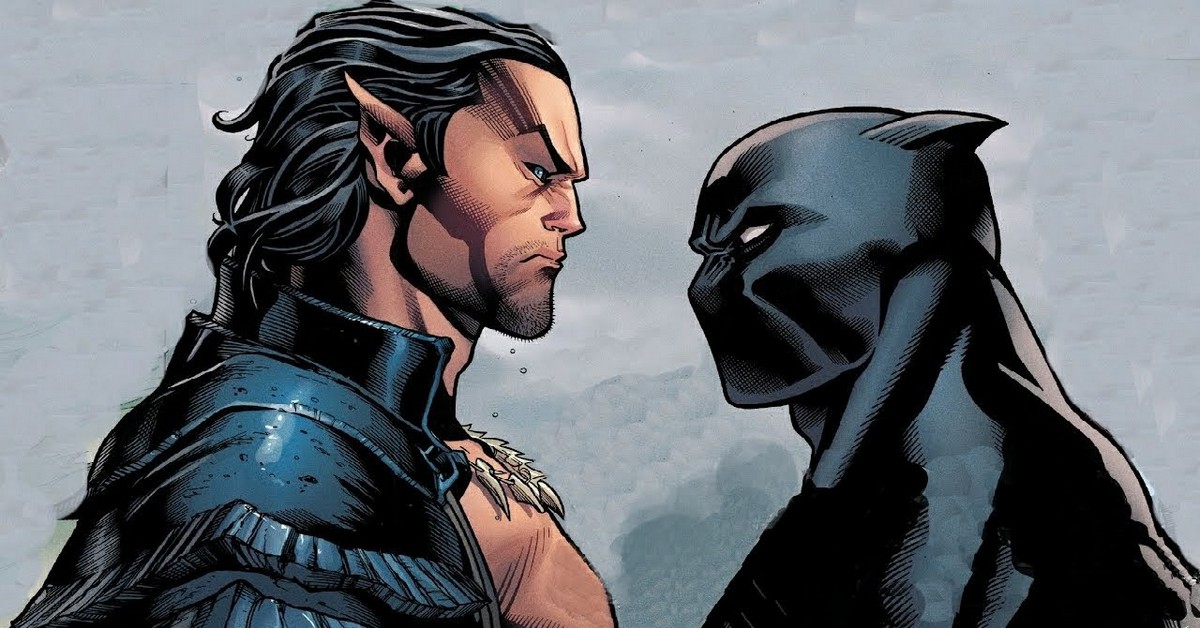 The upcoming Wakanda Forever is nearly upon us, and with each passing week, the MCU spoon-feeds the fandom with tiny details — small enough to keep them in the not-know, but just enough to keep them wanting more. The latest trailer for the upcoming film revealed Namor the Sub-Mariner as the antagonist and has confirmed what we’ve suspected all along — that Atlantis is throwing the first punch. Or is it?

Whether that’s really the case in the movies or not, we’d like to take a stroll through comic book history and recount all the times Namor and Black Panther didn’t see eye to eye. In fact, Namor and Black Panther have a really long history of not getting along, and their differences are more than just nationalistic posturing. Namor, for the most part, believes that land-dwellers are inferior, and the Panther King is more than willing to put Namor’s theories to the test.

The truth is that Black Panther and Namor have a historical rivalry. Now the rivalry between their two kingdoms is coming to the MCU in the upcoming film, which might also feature Doctor Doom — though that’s just speculation at this point. Both Wakanda and Atlantis are going to war, and plenty of things that are now being narrated in the Black Panther cinematic universe are actually canon with the comics. But where did it all start?

In their first major interaction, Black Panther and Namor actually teamed up to pursue individual but aligned goals. While their team-up proved successful, Black Panther recognized the threat Namor might pose in the future and decided to keep an open eye on one of the MCU’s most powerful mutants.

However, tensions between Wakanda and Atlantis, the two fiercely secluded and technologically advanced nations, quickly rose mostly due to mutual misunderstandings and their individual secretiveness and independence. In most cases, all initial conflicts were averted by either T’Challa or Namor, even after Wakanda, unprovoked, fired upon the Atlantean fleet. Following the wedding of T’Challa and Storm, the pair ended up in a diplomatic visit to Atlantis, where Namor even accepted them with open arms.

After the visit, Namor requested T’Challa to join Norman Osborn’s Cabal only to serve as the competent mediator between the Cabal and Tony Stark’s Illuminati. Having refused to join both the Illuminati and Norman Osborn’s Cabal, T’Challa was attacked by Doctor Doom and his army of Doombots after the meeting had ended. He managed to escape the assassination attempt but suffered massive physical injuries, which left him in a coma for quite some time.

Since T’Challa was incapacitated, Shuri took over both the mantle of the Black Panther and the Wakandan crown and went after Namor, suspecting that he orchestrated the attack on her brother. After a fierce battle between Shuri and Namor and the intervention of the Fantastic 4, Namor’s name is cleared, and Doctor Doom is revealed as the villain of the story. So far, this aligns pretty well with the speculation surrounding Doctor Doom’s appearance in the upcoming film. Regardless, the entire event sparked the Doomwar comic book series.

The first major clash between Black Panther, who had now recovered, and Namor came during the events of the Avengers vs. X-Men crossover when the Phoenix Force was divided among five mutants — Namor included. The Avengers believed that the Phoenix Force was incredibly dangerous, and as the relations between Earth’s Mightiest Heroes and the X-Men worsened, Namor decided to take the fight to the Avengers, who were, at the time, hiding in Wakanda.

In fact, the massive tidal wave we see in the trailer for the upcoming Black Panther: Wakanda Forever might be the cinematic adaptation of Namor’s ravaging of Wakanda. Countless lives were lost during the event, and T’Challa made it clear that he would never forgive Namor’s transgression. The Avengers eventually defeated the Phoenix Force, and Namor lost his Phoenix powers in the process.

However, since Shuri was now the prime Black Panther and head of state, T’Challa was granted sovereignty over the Necropolis, the Wakandan City of the Dead. Still, Namor tracked him down to the Necropolis and asked Black Panther to put aside their differences, as the Incursion was about to happen and Earth was about to collide with its mirror-self from another universe. Both worked together to summon the Illuminati, who were in possession of the Infinity Gems, to stop the Incursion.

Afterward, Namor asked T’Challa to sign a peace agreement between Wakanda and Atlantis, but T’Challa was still not head of state. Instead, Shuri pushed for revenge against Atlantis and waged a full-scale war against the underwater kingdom, leaving it in ruins. In the meantime, the surface world was attacked by Thanos and the Black Order — as seen in the Infinity War film — who searched for the Infinity Gems.

When Proxima Midnight arrived in Atlantis in search of one of the Gems, Namor, not able to mount even a drop of resistance, told her that the gem was in Wakanda — of course, he lied. His misdirection led to the destruction of Wakanda, Dora Milaje’s ceremonial breaking of spears, and T’Challa’s final banishment to the City of the Dead. He was later reinstated as the head of state and the prime Black Panther by Shuri herself, who gave him the ceremonial blade — the very same blade T’Challa later plunged into Namor’s heart.

But even this wasn’t enough to end Marvel’s most powerful mutant. In fact, Namor and Black Panther fought for many years into the future. Following the death of Doctor Doom and Richard Reed’s ascension to godhood, T’Challa’s son, Prince T’wari, actually married Namor’s daughter. This brought the two royal families and kingdoms closer together — though the stab through the heart was mentioned at the ceremony.

Ultimately, both kings, as their nations, share several key traits; they’re both stubborn and protective of their homeland. And, of course, when these two clash against one another, the results end up being catastrophic for everyone involved.