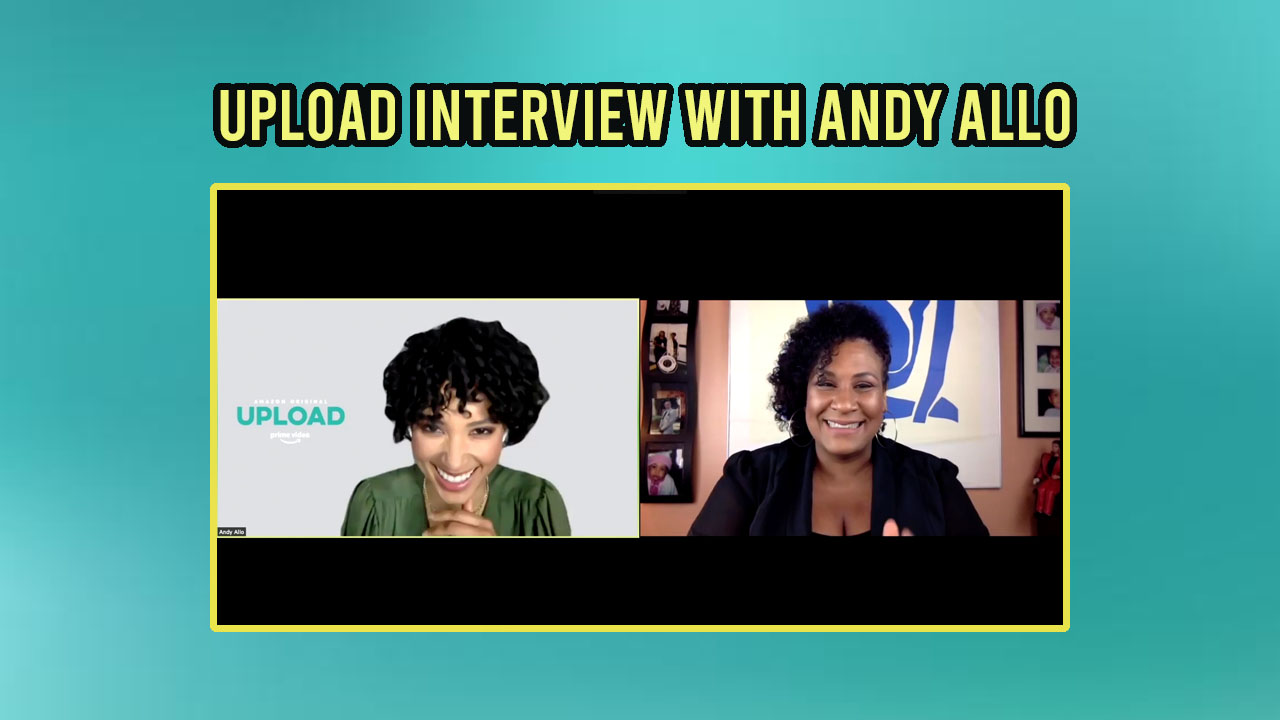 Andy Allo is a singer and actress appearing as Nora in the Amazon Original Series Upload alongside Robbie Amell, premiering Spring 2020.

She can also currently be seen on Chicago Fire and is best known for her role as Serenity in Pitch Perfect 3. She is also known for working with Prince’s New Power Generation as a singer/guitarist and worked with the legend on her album, Superconductor. She has performed on Jimmy Kimmel Live, Guitar Center Sessions, Billboard Sessions Exclusive, and most recently completed a short run with Enrique Iglesias and a solo residency in Los Angeles. Andy can be seen in the film The Hero, starring Sam Elliot, which received buzz from Sundance and SXSW. Past credits also include Black Lightning and The Game.

The series follows a young app developer, Nathan Brown (Robbie Amell), who winds up in the hospital following a self-driving car accident, needing to quickly decide his fate.  After a rushed deliberation with his shallow girlfriend Ingrid (Allegra Edwards), he chooses to be uploaded to her family’s luxurious virtual afterlife, the Horizen company’s “Lakeview.” Once uploaded in Lakeview, Nathan meets his customer service “Angel” Nora Anthony (Andy Allo), who at first is his charismatic concierge and guide, but quickly becomes his friend and confidante, helping him navigate this new digital extension of life.

‘Upload’: Death Is Not the End