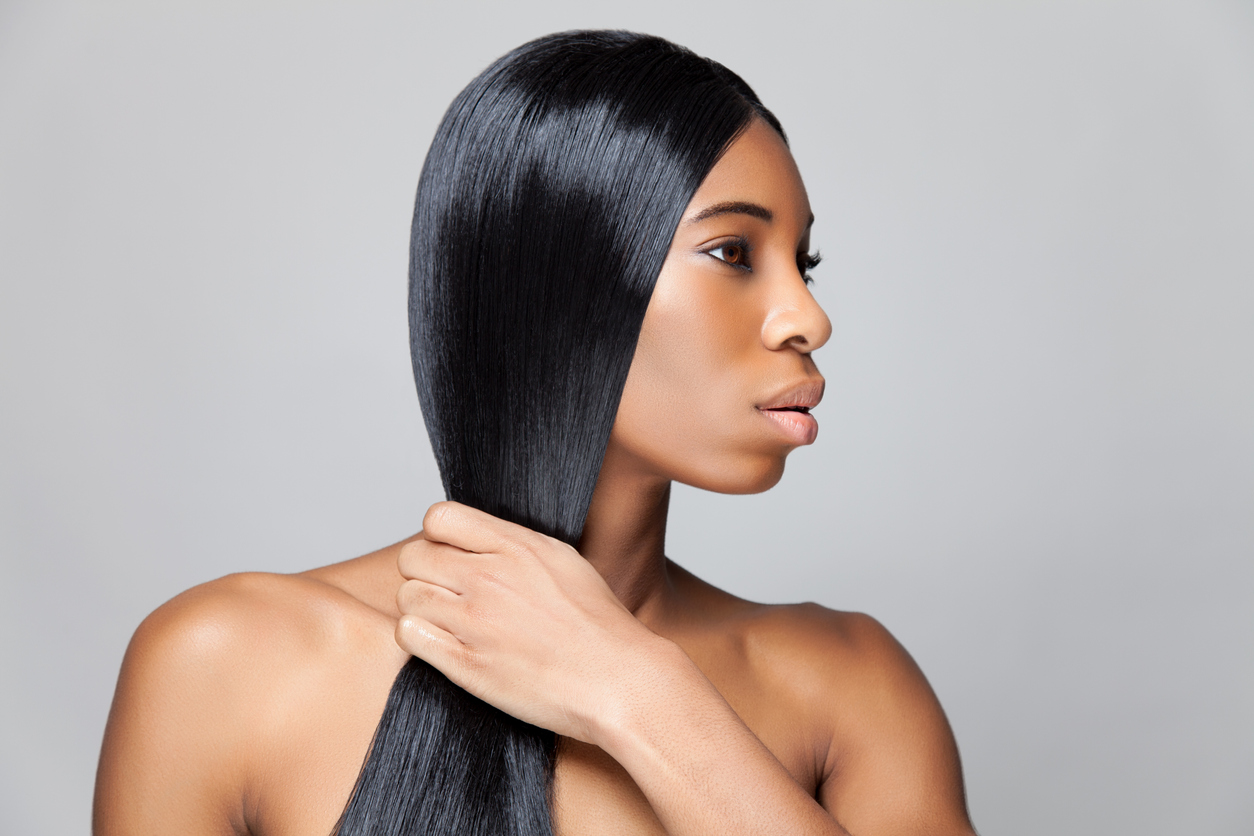 I had my first hair relaxer at 12-years-old. I begged my mother to let me get one. She kept telling me that I should just leave my hair alone. “Your hair is so pretty”, she would say. I didn’t see pretty though. All I knew was that my hair was long, super thick, and required an all-morning commitment on Saturdays to wash and dry. But all the girls in my class had a relaxer on their hair, and I wanted one too.

Over the years, it has just become a ritual. Every six to eight weeks, I make a pilgrimage to the beauty supply store to purchase the “creamy crack”, and all is right with the world.

A new study has revealed that long-term use of lye-based hair relaxers may have serious health effects such as reproductive problems, heart disease, uterine fibroids, and even mental health problems. It also found that Black women who used these products at least seven times a year for 15 or more years had a 30 percent increased risk of developing breast cancer.

This information is startling and made me wonder if I had somehow contributed to my recent diagnosis of uterine fibroids. I had some glimmer of relief, knowing that I’ve never used lye-based relaxers. Still, this research is concerning for Black women.

What researchers know for sure is that all hair relaxers contain potentially harmful chemicals, including possible carcinogens and endocrine disrupters which can interfere with hormone function and could increase breast cancer risk.

Where did relaxers come from anyway?

We have always known that entrepreneur Madame C.J. Walker created an empire from hair straightening products in the early 1900s. However, around the same time, Garrett Augustus Morgan made a discovery when he observed that fabric could be straightened by a liquid compound. He turned the liquid into a cream that made hair less curly, and launched the G.A. Morgan Hair Refining Company in 1913. He sold the straightening cream to Black customers and used the proceeds to finance other inventions.

Madame C.J. Walker was more intentional with her efforts in that she suffered from baldness and scalp problems. If you watched the Netflix TV series, Self Made: Inspired by the Life of Madame C.J. Walker, you’ll know that Black women straightening their hair meant feeling more confident, looking more professional, and obtaining a more successful life.

It makes me sad sometimes to think back when I was 12-years-old. At that age, I didn’t have a sense of self yet. I just wanted to fit in, and that started with my hair. Everything that I was shown, whether on television or in the magazines, said to me that I didn’t meet the standard presented on television and in magazines.

In addition to being objectified and oversexualized in society, now we have to worry if attempting to look our best will be harmful to our health. Sadly, it’s a choice that many of us are willing to accept.

There is an intersection between beauty, body image, and hair for Black women. There is also a societal belief that Black women don’t measure up to an unrealistic expectation of beauty and hairstyle. We see this happening in the news when Black women’s and Black men’s natural hairstyles are actually deemed disruptive at work, at school, and in social settings. We are passing laws just so that our hair cannot be discriminated against.

I don’t believe that Black women consider themselves to be less beautiful. We just don’t see ourselves represented in the media and can’t relate to white women’s beauty standards. We already know there needs to be more representation of Black women in the media, so we would have more to compare ourselves to. Black is beautiful, and we know it.

Most Black women I know grew up using hair relaxers, although many have now chosen to embrace their natural hair. My younger sister went natural a couple of years ago, mainly because she was tired of the expense and upkeep of maintaining relaxed hair. She’s refusing to use hair relaxers on my two nieces and will let them make their own decision once they get older.

Will I stop relaxing my hair? That is my goal. I am currently growing the relaxer out of my hair, and using good natural products while it does. My hair has a mind of its own these days, and it’s not easy to watch. But for the sake of my health, I believe it’s the best decision for me. My mother would be proud.

5 Mental Health Tips to Manage Financial Trauma During the Holidays