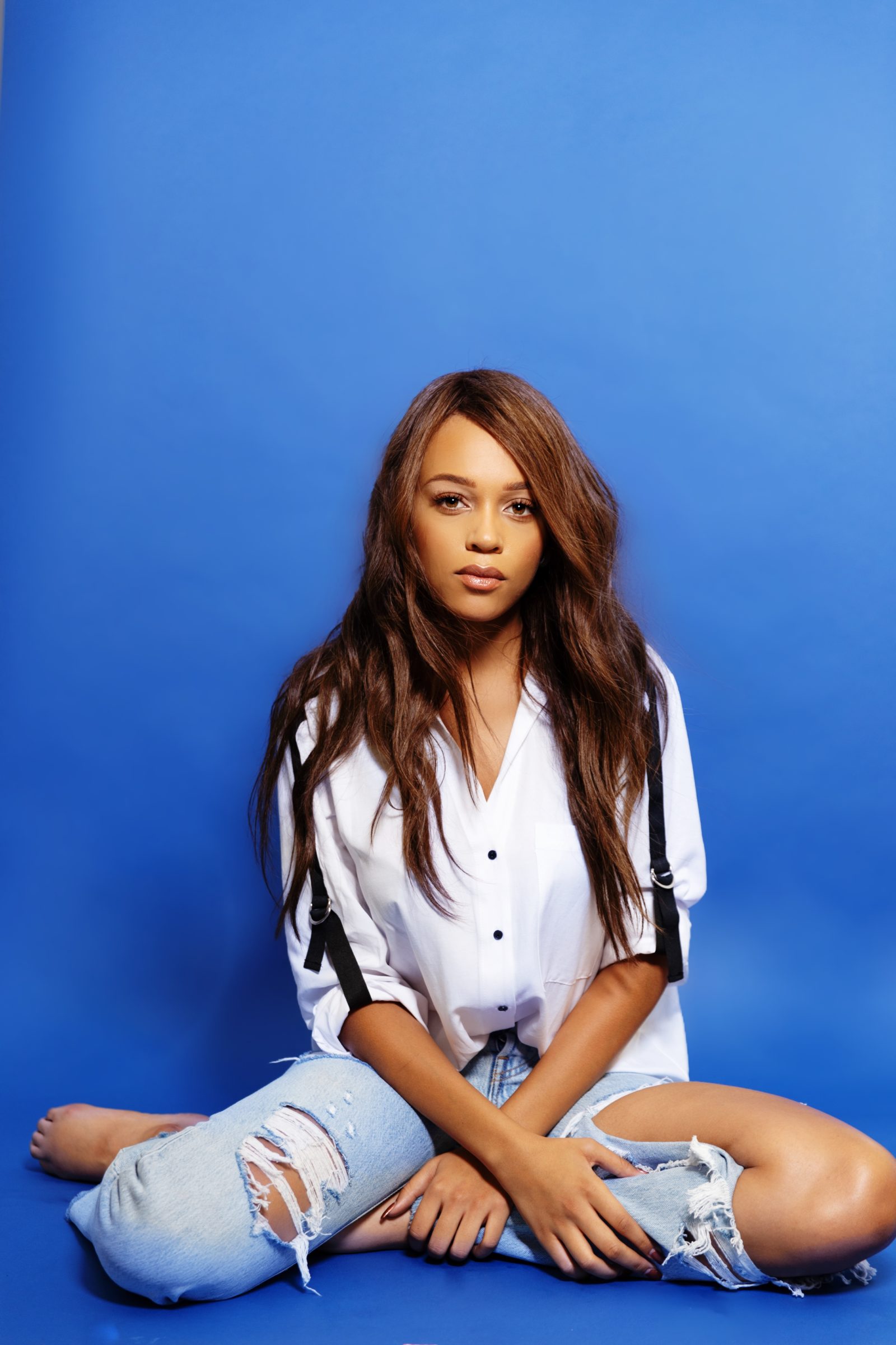 As Halloween approaches, now is the time to hunt for some of your favorite scary movies and also check out some new ones. On September 28th, the new CBS film Hell Fest, produced by Gale Anne Hurd (The Walking Dead) made its debut in theaters nationwide.

When a group of friends decides to take an excursion to a horror theme park, things take a dark twisted turn when a masked serial killer blends in with the attendees and start killing the patrons one-by-one. Because this is a haunted theme park with simulated horror scenes, no one knows what is real and what is not in this twisted slasher film.

Hell Fest is not exactly a groundbreaking horror film, but its ending will shock you. 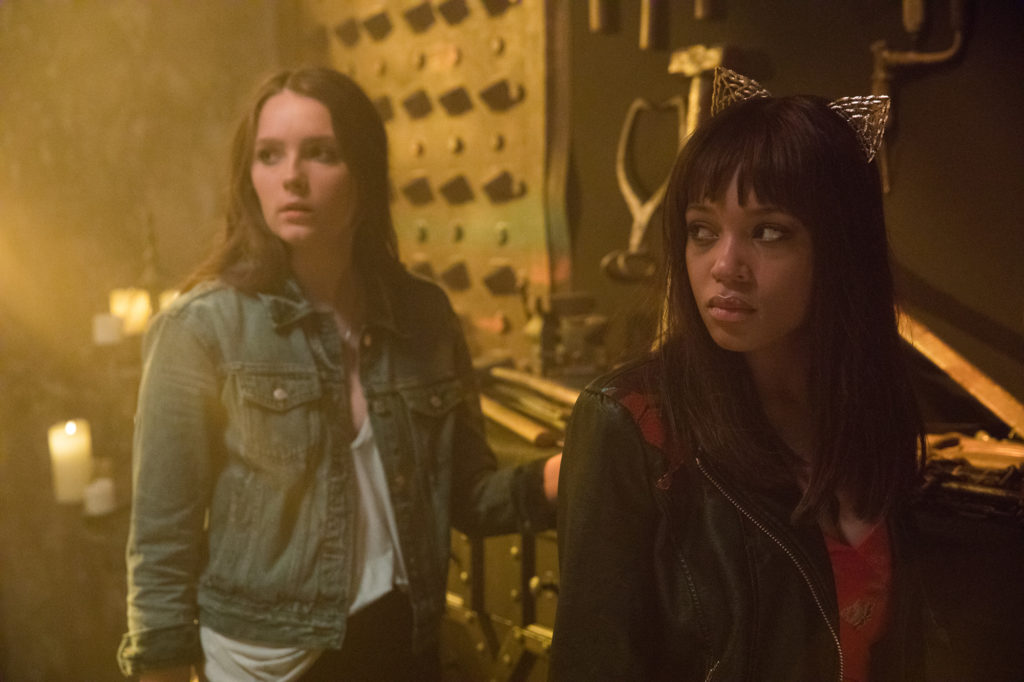 BGN had the opportunity to chat with one of the film’s stars Reign Edwards, who plays Brooke, to talk to us about the film, scary movies, and churros. Yes, churros.

For our readers that don’t know what the new CBS film Hell Fest is all about can, you briefly give us a summary of the movie?

Reign: Basically it’s a group of college kids that go to this traveling horror night called Hell Fest. And Hell Fest [a haunted theme park] is full of mazes and cool rides and tons of people in costumes scaring people all the time but what they don’t know is that some stranger came in the park and actually put on one of the costumes and is actually killing people.

You play Brooke who is very fearless in this pretty terrifying situation that her friends are caught up in. Did you pull from any other characters you’ve seen when you were preparing for this role?

Reign: I didn’t, I didn’t really pull from anybody other than my experiences as a person. I’m very protective of my friends and family and also very playful and teasing with them a lot. So I think those are things that me and Brooke have in common. Naturally, as a person, I’ve always been very protective of family and friends and I was able to play that and bring that out in Brooke as well.

Are there any other strong parallels that you connect with when you were reading the character of Brooke? What is it that you have in common with her?

Reign: It ended up I think getting taken out but originally there was a line when I was reading the script about Brooke, and I know it’s probably going to be weird, but it was talking about churros and I love churros.

Reign: And I love churros. So there was originally a line where Quinn says something about going to get some funnel cake, and I was like bullshit and then he goes there are churros and let’s go.

I read that and I was like I have to get this part because that’s me. I love churros like that. So that was something I was so excited about and they actually let me eat real churros. I’m not sure if it got in the film but I was pressed on having those churros because if Brooke has them I should really get to eat some real churros and they did and they give me just a whole bunch of churros. 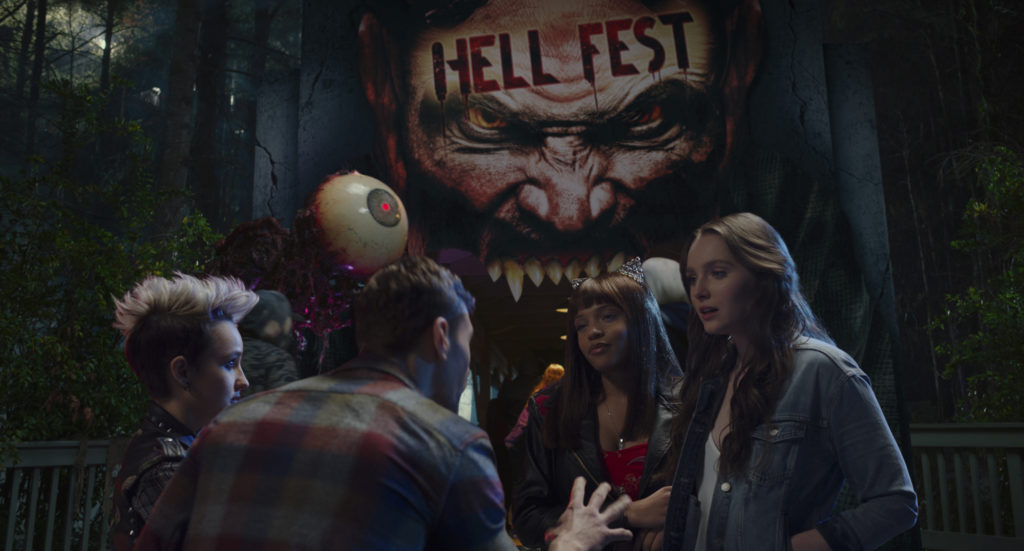 Even though this is a scary movie and obviously it’s a terrifying thing to see, this psycho killer slashing kids, but the setting of this film it looked like it was a really huge amusement park. So did it actually take place in a real one or was this something that was built on a set?

Reign: A little bit of both, in terms of we did actually film at Six Flags at one of their parks in Atlanta. But they did build a lot of the set at Six Flags. So they just built up a lot of the scary stuff because they don’t have anything there scary because it wasn’t the actual park it was the waterpark or something like that. And so they just build a lot of the scary set within that space and then we filmed at a studio lot and they built up the mazes inside of there.

Did you go into any kind of haunted houses or do any sort of research about haunted theme parks while preparing for this?

Reign: Well what’s really funny is that I was not into those before, I had friends trying to get me to go to those things for years and I was just genuinely always scared that I might hit somebody. Is someone jumping out at me? I didn’t know if my reflexes were going to do.

And I had gone to the Queen Mary years before and it wasn’t as scary to me so I was like oh this is fine but I knew that was kind of like, at the time, the least scary of things. So I was going to use that as my write off as to why I don’t need to go anymore. But one of my best friends tricked me into going to Netherworld last year and I actually ended up loving it and that was a month before I got the audition for Hell Fest. 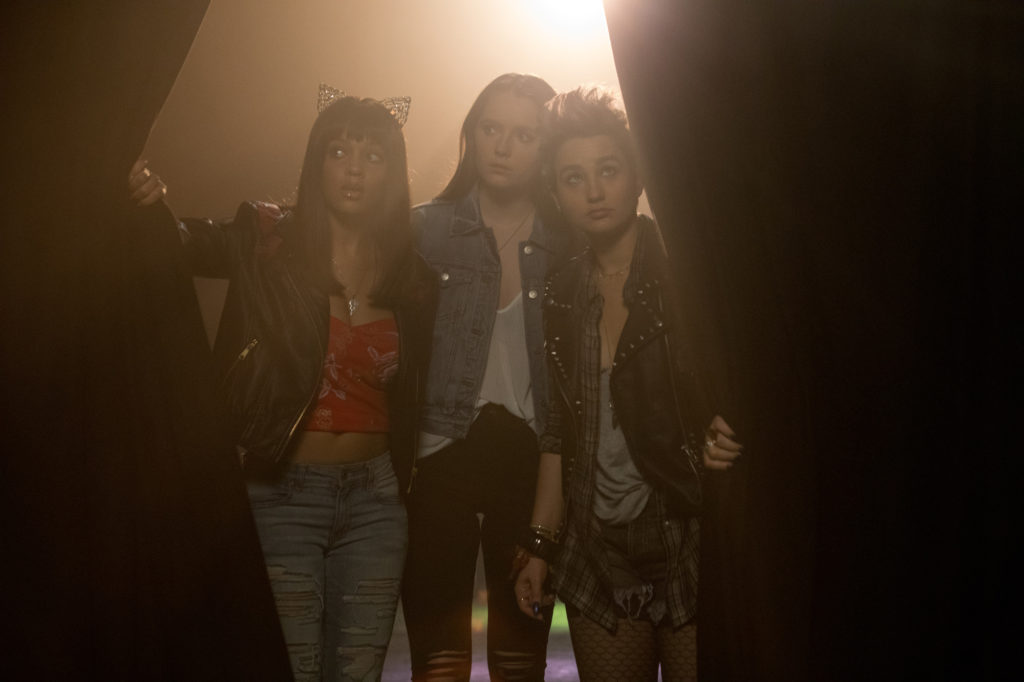 What would you say scares you the most?

Reign: Oh we gotta keep that on the low low, I can’t be telling everybody my scaring secrets.

They’ll find ways to scare you.

That’s good to keep that one close to the chest, okay fair enough. What makes Hell Fest unique from other slasher films that we’ve seen before?

Reign: I think what makes it unique is that it still has that nostalgic ode to the classics but it’s set in today’s modern world of what it’s like to experience Halloween. They have the glow in the dark mazes, they have the feel of what it’s like to be a young person during Halloween in this time. So I think that’s what really makes it shine is that you see these college kids that you relate to today and that it still has that feel of a classic horror film, classic slasher. 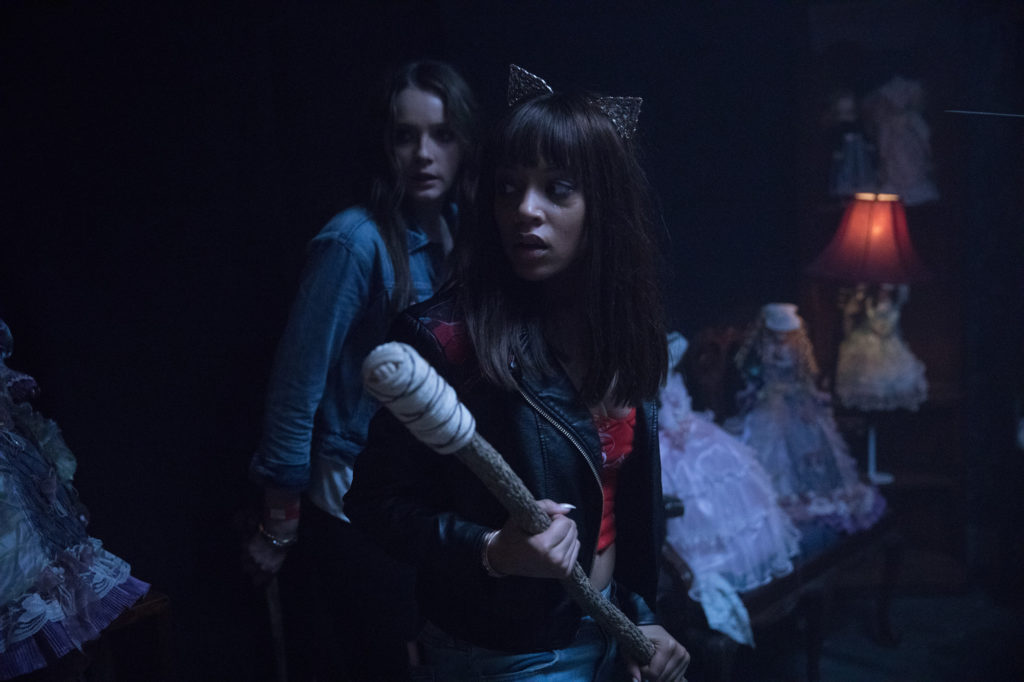 Do you have a favorite scary movie? What is it and why?

Reign: Hell Fest! I don’t really watch scary movies, I’m still working on it. I’m really good at going to see thrillers but full on scary/slashers I’m still on not jumping around in my seat like a lunatic when I’m watching it. So I’m just going to say Hell Fest for right now because it’s a shameless plug, you know.