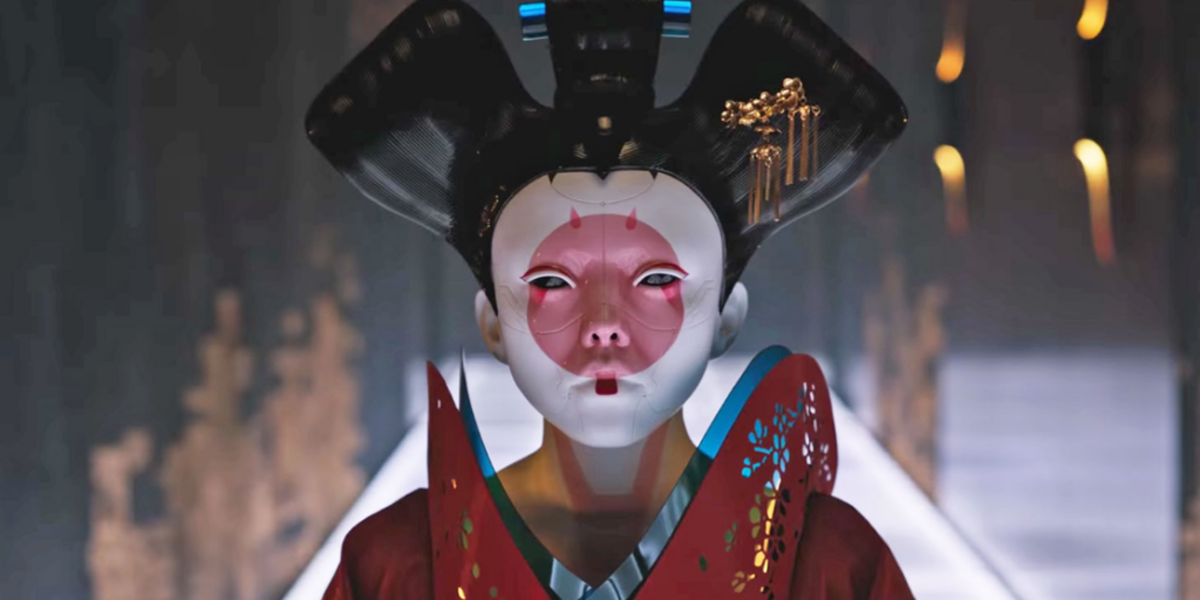 Hollywood adaptations of Japanese anime have yet to be successful. Either their stories veer too far from the source material, the director isn’t a good fit, or the casting makes no sense. Ghost in the Shell stands out among the rest and not in a good way. But that’s just the beginning of the issues. While Ghost in the Shell manages to capture the spirit of the source material with stunning visuals and sophisticated costume designs, the problems lie in the tonality and pacing of the film. Simply put: the film is boring.

In 2029, The Major Mira Killian (Scarlett Johansson) is the first and best of her kind: she’s a human saved from a terrible accident who is then cybernetically enhanced to be the perfect soldier devoted to stopping the world’s most dangerous criminals. When experienced hacker, Kuze (Michael Pity) begins to tap into cyber brains and control them, Mira is tasked with stopping the threat. As she prepares to face a new enemy, Mira discovers things aren’t what they seem. Her life was not saved, it was stolen by the HANKA Corporation. Now she will stop at nothing to recover her past and find who is directly responsible for suppressing her memories. 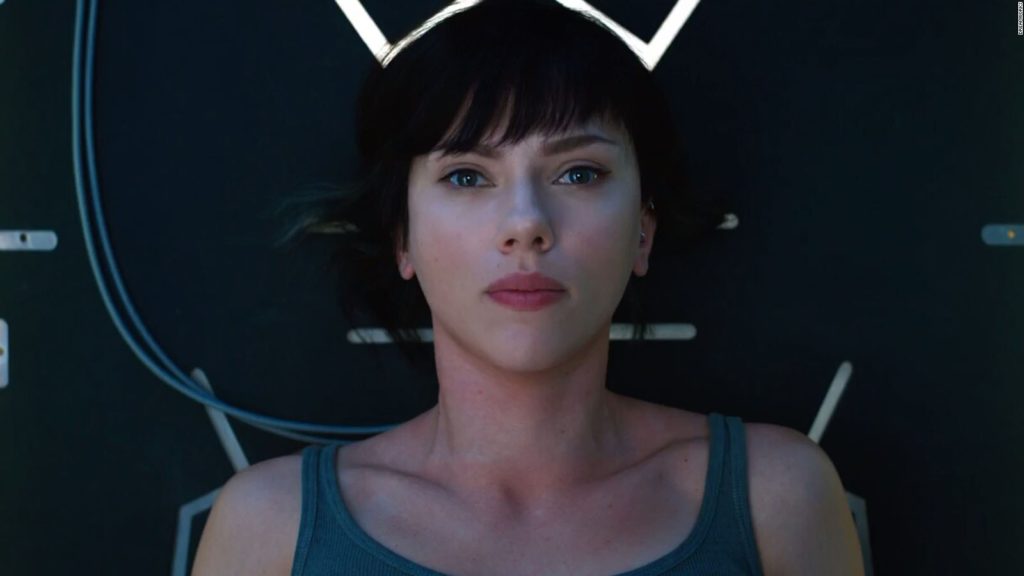 If you decide to spend your money to see Ghost in the Shell, be sure to see it in IMAX 3D because the visuals are at least worth it. In this Pan-Asian setting stands a metropolis with groundbreaking visual effects. Shot on location in New Zealand, production designer Jan Roelfs, and art director Richard L. Johnson were ultimately in charge of the look and feel of the movie, but all the accolades should go to WETA for their phenomenal work. It is the WETA design team who builds this technological, cyberpunk world from the ground up. Their contributions include the design and story development, along with costumes, make up, SFX, and prosthetics. Also, costume designers Kurt and Bart (of the Hunger Games franchise) do a superb job with capturing the fashion of this futuristic city. I was worried that the costumes would be a bit dated, but was awestruck by their innovation.

Not that I was looking for Oscar worthy performances, some do stand out more than others as I enjoyed Pilou Aesbeak’s performance as Batou, and Takashi Kitano as Daisuke Aramaki. Pilou has a tough exterior very similar to the animated character and he captures the essence of Batou well. Takeshi Kitano is always cool, collected, and ready for action. While Aramaki isn’t necessarily a man of action, I love the edge Kitano brings to the live action character. Unfortunately, Mira and the rest of Section 9 have issues. 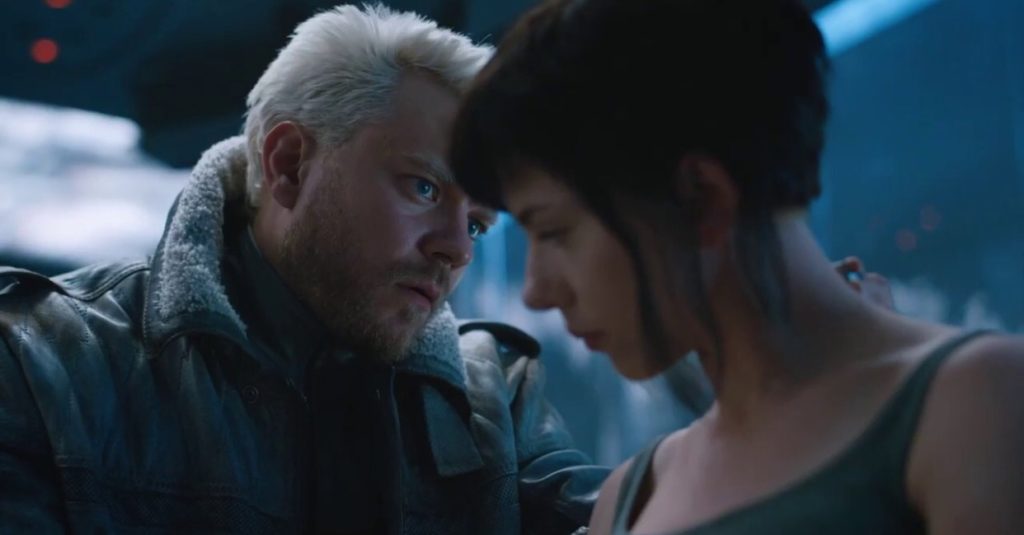 Aside from revenge, Mira’s motives are unclear. What does she want the audience to know? Whatever it is, Scarlett Johansson has a tough time conveying the message. With a hodge podge of character traits, Johansson’s performance is all over the place. I had a hard time believing anything she did, especially in those underwhelming, and choppy action sequences.

The rest of the Section 9 team is no better. Most of the actors have nothing to do besides act as “diversity props.” Their purpose is to be foot soldiers in the background which is such a shame because each member of Section 9 has a bigger purpose in the animated series. Diversity is not something you use to shut up the masses. When you say something is diverse, do it right by giving fans characters who are textured and have depth.

The source material that inspired the film discusses the evolution of identity and the revolution of human consciousness, but the film takes on the themes of identity and consent. Let me explain. Mira Killian is Motoko Kusanagi. After being taken by the HANKA Corporation, Kusanagi’s body is discarded, and her brain is transmutated into the body of a chassis (shell), who is clearly a white woman. This happened without her knowledge, but I guess Motoko should be happy because this new body is seen as beautiful, evolved, and the future of humanity.

It’s like a sick inside joke between screenwriters Jamie Moss, William Wheeler, Ehren Kruger. It comes off as Hanka is trying to create a master race of white weaponized cyborgs, where refugees, outcast, runaways, and Asian people are disposable in this universe.

Think about it. What does it mean when everything you are is stolen without your permission, your memories erased, and now your lot in life is to work for a organization tantamount to the KKK. As a plot point as infuriating as it is horrifying. 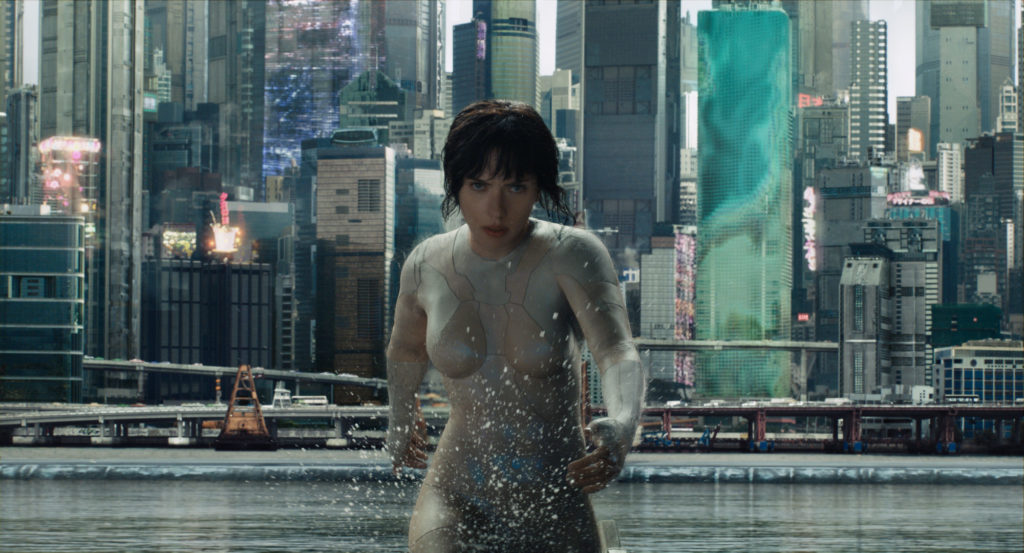 Is this how the writers thought to circumvent the whitewashing claims? By putting Motoko Kusanagi’s brain or Ghost inside the body of this new cyborg as white as Scarlett Johansson because in a world of diversity, white is right? It’s a double whammy of Asian erasure so offensive it made me want to punch myself in the face. Cast a white actress, with the heart and soul of an Asian woman whose face we never get to see because she doesn’t matter anyway.

Aside from the glaring lapses in judgement over the story, the film is a hollow shell. It can’t decide if it wants to be exciting or existential. The movie tries to do both, but neither is executed in coherently. The story had trouble finding its footing with the tone and couldn’t keep with the pace of its own plot. Visuals are only part of what makes a film good, but it doesn’t seem like director Rupert Sanders understands this. His previous film, Snow White and the Huntsman, suffers from the same exact issues Ghost in the Shell does. Sander’s lack of experience is evident, and with a project of this caliber, I would have preferred a cast and crew with more experience to handle this material.