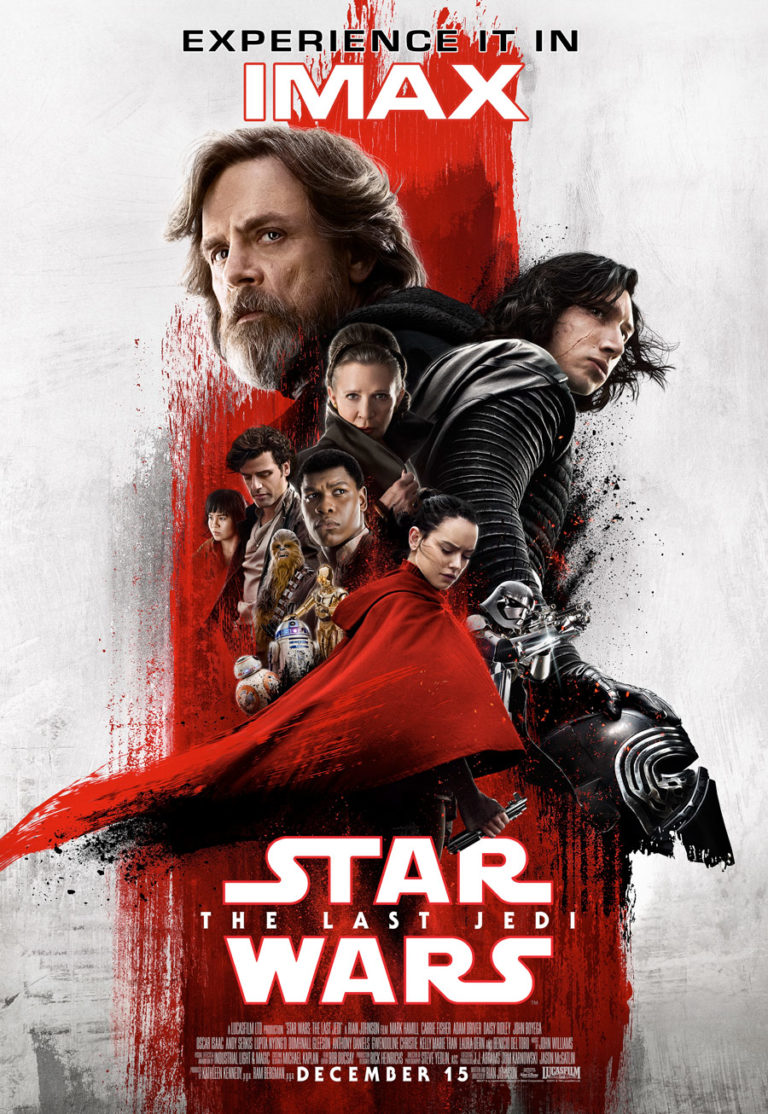 Who is The Last Jedi? Who are Rey’s parents? Is My Snoke Theory accurate?

For many Star Wars fans, one or all of these questions have crossed their mind. After the fall out of The Force Awakens, a contingent of fans swore off Star Wars as their purist attitudes about it all led them to declare they are above franchise. Some embraced Rey, Finn, and Kylo. Others complained about the story and Rey being a “Mary Sue.” Just know Star Wars Episode VIII: The Last Jedi answers many questions while posing new ones.

Everyone has a destiny to fulfill, but their journeys all lead to the same mission: defeat Kylo Ren and the Empire. The saga continues as the heroes of The Force Awakens fight for the future in an epic adventure that unlocks age-old mysteries of the Force and shocking revelations of the past.

One of the strongest aspects of The Last Jedi is its writing. Written and directed by Rian Johnson, he shakes the foundations of the force and puts everything we think we know to the test. Out with the old and in with the new is the overall theme, and die-hard fans may not like that direction. Another element fans may not be used to is Johnson’s addition of an unexpected, and yet, deeply refreshing comedic angle that not only works but is deeply rooted in the essence of Star Wars.

Johnson’s aesthetic and style are glaringly different from JJ Abrams. No lens flares! The color and set design are exquisite. Even Snoke receives an upgrade of sorts. The new locations, new creatures (Ice Wolves and Porg mania), and even new First Order technology integrate seamlessly into this new looking universe. Not only does this feel like a Star Wars film, but it very much belongs to Rian Johnson.

The growth of each character relies heavily on how they react to the challenges placed ahead of them. Every character has a learning curve and is treated with care. That’s not to say they are perfect. Kylo Ren is still throwing tantrums, Poe is still the brave hero who uses more brawn than brains, Finn is still running from the empire, Leia is still in charge, and Rey is trying to find her place in all this. The only character with a level head is Rose. However, by the end of the film, everyone is assured, confident, and resolve that their current path is set and seek to meet adversity head-on.

While it’s far from perfect, Star Wars: The Last Jedi is not just a movie, but an event. Take all theories and preconceived notions of what this will be and let that all go. The full scope of what is being done can be lost walking into a screening with the heavy burden of personal narrative expectations. This is a film crafted to take us beyond the established boundaries of all that has come before–but it’s time to start trusting the process.