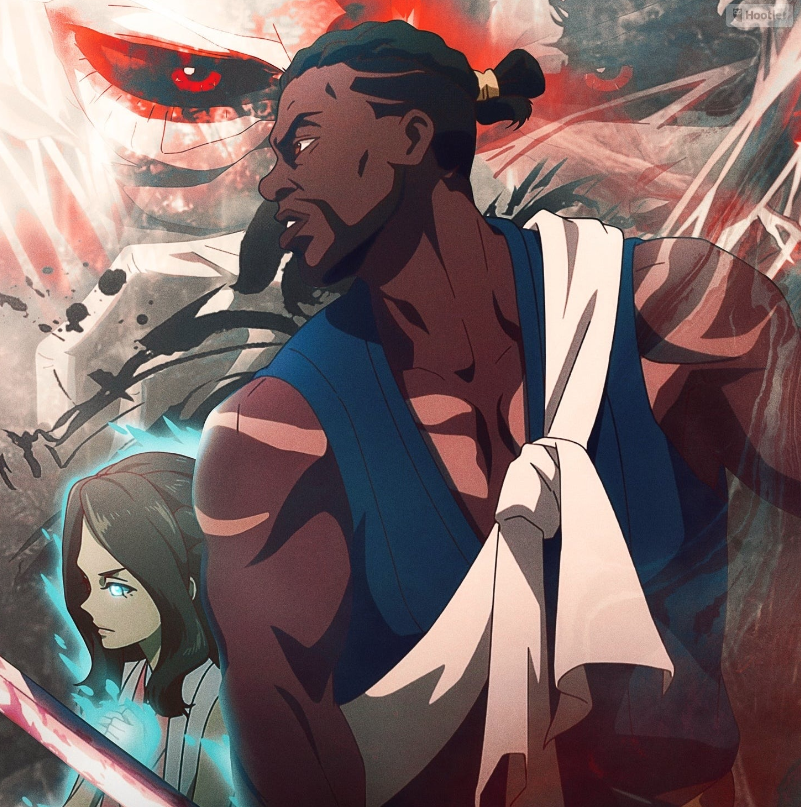 Actors like Jamie Foxx and Samuel L. Jackson are Black icons commonly known for their appearances in live-action roles on both the small and big screens. You may have even seen them in music videos, commercials, or your favorite cartoons, but did you know they’ve also had roles in anime?

This is great news for Black weebs and otakus, who tend to feel invisible in the fandom, expressing concerns about a lack of representation both on-screen and behind the scenes. However, it turns out that Black artists have been present in anime for years, in roles that you may have missed. Here are just five examples of popular Black actors who are paving the way for future generations.

LaKeith Stanfield is an actor whose face has been recognizable since his breakout role in Jordan Peele’s sci-fi thriller Get Out. Chances are you’ve seen one of his critically acclaimed films in theaters, on a streaming service, or enjoyed watching his portrayal of the eclectic Darius on the hit FX series Atlanta. However, while fans were still waiting for the premiere of Atlanta’s highly anticipated season 3, LaKeith was busy building buzz around his first anime project: the Netflix original series Yasuke.

Yasuke tells the story of a retired African samurai who’s forced out of his peaceful hiatus when he’s asked to protect a mystical child from the looming threats of evil. The real-life story of Yasuke — a legendary Black Samurai who famously served under Japanese feudal lord Oda Nobunaga in 16th century Japan — inspired the Netflix original. If the chill, powerful tone of Yasuke sounds familiar, it’s because it belongs to Stanfield, whose calm, intense voice is one of his trademarks. Clearly, LaKeith is a fan of anime, judging by his starring role in Yasuke and his appearance in the live-action adaptation of the hit shounen Death Note. With his unique voice and his immense talent, we hope to see more anime voiceovers from LaKeith in the future.

Whether you know him as Nick Fury, Mace Windu, or Jules Winnfield, Samuel L. Jackson is a household name everyone should recognize thanks to his extensive body of work that spans back five decades. His prolific portfolio knows no bounds, and in 2007 he branched off into an industry that has been steadily on the rise in American pop culture: anime.

In 2007, Jackson made his anime debut in the gory action/adventure series Afro Samurai whose star-studded cast included Terrence T.C. Carson and Phil LaMarr. Jackson lent his voice to the lead role of Afro Samurai, a Black samurai on a mission to avenge his father’s death. In addition to starring in the mini-series, Sam starred in the Afro Samurai OVA Afro Samurai: Resurrection, as well as a video game based on the show. His last anime appearance was a minor role in the CGI feature-length film Astro Boy, which is based on the popular manga by Osamu Tezuka.

Keith David has a voice that can command a room. His deep, authoritative voice has appeared in animation since the ’90s, most famously as Goliath in the cult classic series Gargoyles. However, back when anime films were few and far between in Western culture, Keith David lent his talents to one of the greatest anime films of all time in a role that undoubtedly went over people’s heads.

In 1997, David starred in the Studio Ghibli classic Princess Mononoke as the blind and wise Okkoto. Remember the stubborn boar god who insisted on going to war with humans? That was Keith David! His strong baritone pitch-perfectly embodied the wisdom and pride of Okkoto, who fought resiliently for freedom and respect for his tribe. You will also recognize David’s voice as the narrator in the English dub film, which is still a hit among critics thanks to its cinematic visuals and mature themes about war and nature conservation.

At this point, what can’t Jamie Foxx do? Throughout his illustrious career, Foxx has been a Grammy Award-winning singer, an Oscar-winning actor, a pianist, and a stand-up comedian; he is literally the epitome of a “Jack of all trades.” Although we remember his voice-acting work in movies like Rio, a lesser-known fact is that Jamie Foxx has also appeared in an anime in a speaking role so brief that you may have missed it.

Before Foxx came for our heartstrings in Disney’s Soul, he had a minor role in Netflix’s satirical Neo Yokio in the holiday special Neo Yokio Pink Christmas. In the hour-long special, a sales clerk (voiced by Richard Ayoade) visits a shop called the Antiquarian Horology,  in which he has an interaction with a passionate watchmaker. The watchmaker was voiced by Foxx, which somehow makes the bit funnier once you realize that it’s him. Neo Yokio was an anime filled with Black excellence with the addition of Black artists like singer Angélique Kidjo, actress Rashida Jones, and Jaden Smith, who starred as the series’ main protagonist Kaz Kahn.

Tony Todd is best known for his roles in sci-fi/horror films. In 1997, he starred in the gory horror classic Candyman and made us all think twice before uttering his name five times in the mirror. Since then, he continues to haunt all of our dreams thanks to his roles in motion pictures like Final Destination and Scream: The TV Series. However, he recently took a break from fear to dabble in fantasy for an anime exclusively airing on Netflix.

Dota: Dragon’s Blood is a mature-rated anime based on the popular PC game Dota. The fantasy action-adventure has become so popular among viewers that it’s already on its third season just one year after its release. Critics rave about its epic lore and mythical elements that are compared to Game of Thrones. In the series, Tony Todd stars as Slyrak: an old and fearsome fire-breathing dragon. Fans rave that Todd’s unmistakable voice is perfect for the role, thanks to his chilling tone perfectly capturing the strength and terror of the character.