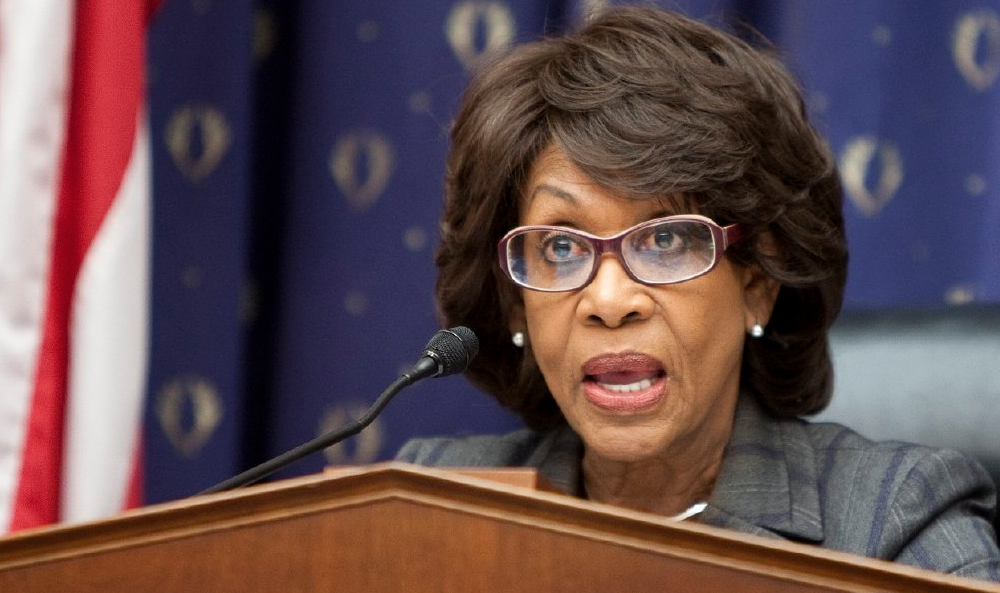 Congresswoman Maxine Waters is an icon. She represents the 43rd District in California, which encompasses a large part of South Central Los Angeles that includes: Watts, the cities of Gardena, Hawthorne, Inglewood, Lawndale, Lomita, and Torrance. She was elected to the House of Representatives in 1990.

Throughout her career, Congresswoman Waters has been a leader in speaking against social injustice issues including: divestment from South Africa to protest apartheid, speaking out against injustice after the police beating of Rodney King in 1992, and more recently continuing her efforts to support women’s issues as the keynote speaker at the Women’s Convention held in October 2017. While a constant advocate for equality, fairness, and respect, her questioning of an administration secretary on July 27th, highlighted her efforts when she asserted her right to “reclaim her time,” after the official continually failed to be responsive to the questions asked.

This year on the day of the State of the Union (SOTU) address, Congresswoman Waters hosted the Millennial Media Row, which allowed outlets like BGN to interview Members of the House Democratic Caucus. Given the political climate, there are some obvious issues that were on the Members’ minds—a special support by the Congressional Black Caucus (CBC) included their decision to wear black to show solidarity with survivors of sexual misconduct, harassment, or abuse. CBC members also wore a red pin with the name “Recy” on it. The pins were used to highlight the courage of Recy Taylor who in 1944 was kidnapped and gang raped by six white men in Alabama. Although Mrs. Taylor was threatened to keep silent, she still reported her abduction and rape to her family and to authorities. I’m sure it is no surprise that justice was never served back then; however, almost 70 years later, Mrs. Taylor finally received an apology from the state of Alabama for their failure. 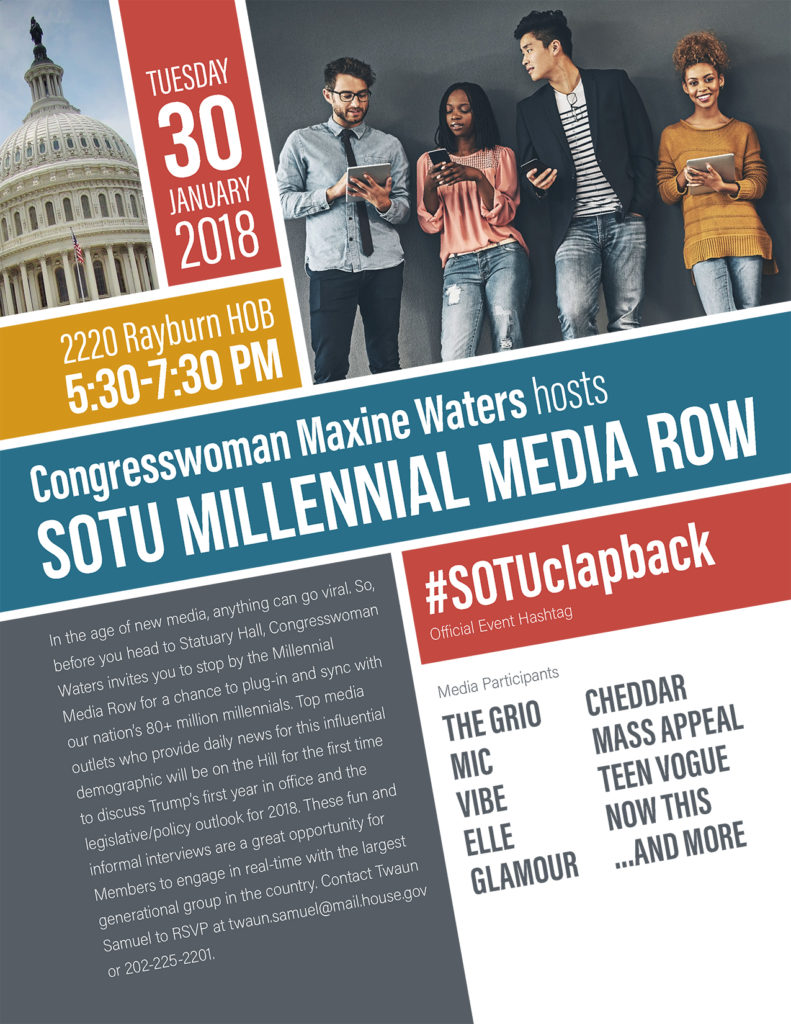 BGN sat down with Congresswoman Waters for a discussion about the current administration, various social issues, and a few nerdy questions.

BGN: So, I’m sitting here with Congresswoman Maxine Waters from the 43rd Congressional District in California. We really appreciate you joining us … It was announced on Monday that you would be providing your own response to the State of the Union on BET. Can you give a little preview of the issues you intend to address?

Rep. Waters: Well, actually I’m not so sure exactly what this President is going to say. I’m told that it’s going to have something to do with infrastructure and that he may talk about immigration, and he may talk about unifying so that there’s bipartisan work that’s done in the Congress. I don’t know how he’s going to be able to truthfully achieve anything that people will believe if he talks about those subjects.

BGN: You’ve long been a leader in promoting civil rights, both here at home and abroad. What do you see as the impact of this administration’s “America first” approach to our international presence?

Rep. Waters: I think this President has alienated many of our allies. I think he doesn’t understand international relations or international politics at all, and I think that if he continues, we will be isolated in this world. He has called names o[n] Kim Jong-un in North Korea. We need some diplomacy. We don’t need a ballistic missile that’s going to be fired in the middle of the night simply because he’s retaliating on a President who calls him names. Kim Jong-un needs to be talked with, he needs to be worked with. Unfortunately, he can be very dangerous, and so that’s why we need someone who understands diplomacy, and this President does not.

BGN: The resignation of the Director of the Census Bureau last year brought to light issues regarding funding of the 2020 Census. Why is funding and the conduct of the Census essential to the future of America?

Rep. Waters: Well, to tell you the truth, we’ve always had to be worried about the Census count, because we know that much has been done in the past to maybe discourage or to frighten people from wanting to sign up and wanting people to know where they are. We have to do more as legislators, not only to get the funding for the Census count, but to make sure that we do the public relations that is necessary to have people understand this is how you bring resources to your community. This count is very important to the government and how we work.

BGN: Last year the FCC proposed to roll back net neutrality. What do you see as the impact on women of color with the loss of net neutrality?

Rep. Waters: Oh, loss of access. I want to tell you. And I’m pleased about the pushback that we’re getting, the so-called “clapback.” We have been inundated with telephone calls, and you know, it’s all over the social media. So even though this is done under this administration, which is right-wing and which does not believe in the average person having access, I think this is one issue we’re going to be able to beat.

BGN: We have to keep an eye on that.

Rep. Waters: Yeah, keep an eye on that, because I want to tell you, the opposition is strong.

BGN: The millennials are essentially the grandchildren of the civil rights movement. Some of the major accomplishments of that movement, such as voting rights, are under attack. What do you see as the millennials’ major challenge?

Rep. Waters: The major challenge is communications. What I like about the millennials and what we’re doing here today is using this media, these podcasts, these broadcasts to talk with other young people, and I think it’s so important that we bring them into the process. Traditionally, the State of the Union is all of the so-called traditional media, and there’s been no room or no place or no thought, and I think that this kind of communication is what’s going to make the difference in 2018 and 2020.

BGN: Social media is in some cases the primary means of receiving news. With the recent recognition that some platforms have been hijacked by bad actors, what is your advice regarding the credibility of what we read online?

Rep. Waters: Well, at this point we just have to think. I mean, there’s nothing to substitute for just thinking about what you see and what you read. No one should automatically accept or assume everything that they’re reading is true, but you know, you have enough knowledge to be able to do some evaluation, to do some investigation of who’s saying [what] and what they’re saying. So, it’s common sense and good sense.

BGN: The Black female vote was essential in historic wins in Virginia and Georgia. What can be done to grow and focus this power?

Rep. Waters: Well, I think it’s started. I want to tell you, I’m saying to people now, “Vote like Alabama,” because those Black women in Alabama led that fight, and I think that has empowered a lot of other Black women to be involved and to say, “We can do this in my community, in my city, or in my state.” So, I’m very excited about the movement that has been created by them. 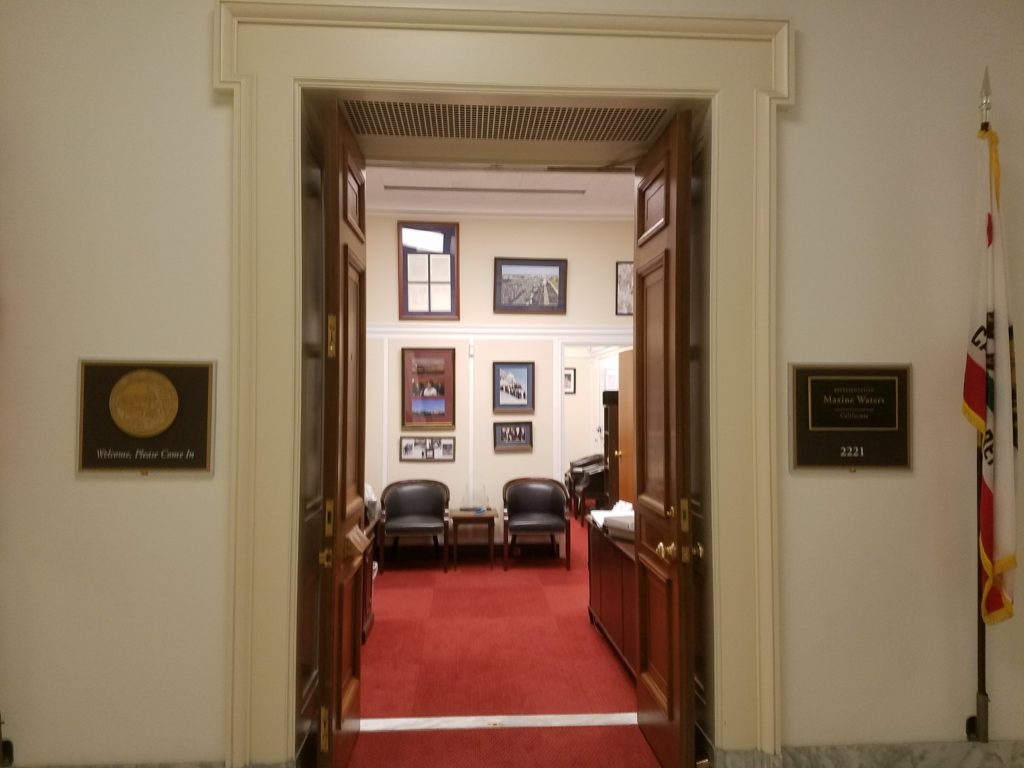 BGN: Back in October, you supported the Women’s Convention in Detroit, the theme of which was inspired by your remarks during a July House Committee meeting. For Black women looking to take their activism to another level, what recommendations do you have to help us reclaim our time?

Rep. Waters: Oh, okay. First of all, I think we need to do more in organizing. For example, the Women’s Movement is a fine place to interact, but I think more African American women need to get involved, so that the concerns of African American women can be incorporated into these movements. I think that, you know, the history of our being prevented from voting and participating I think is coming to the forefront again, and it came to the forefront with Alabama, like you said, and Georgia and Virginia. And so, I think that that should show African American women what they need to do. They need to not only get involved, but to claim their power and their influence and exercise it, whether you’re talking about at the local level, the state level, or the national level. And so, create your own organizations, join an organization, be involved at any level that you think is satisfying to you.

BGN: Yes, it is. What advice would you give to young women of color considering a career in politics or public service?

Rep. Waters: Please come. Please come, at every level of government. We need the voice of women, of Black women in particular. That is an element in politics and government that has been missing for so long, and I believe that we can help America be what it says it wants to be by having those voices talking about the issues that have not been addressed.

BGN: Okay, we’re going to get our nerd on… Who is your favorite superhero?

BGN: All right, there you go. Who is the first Black superhero you remember?

Rep. Waters: First Black superhero I remember? Probably it’s … let me think, because I have to think about the difference between entertainment and a superhero. I think, even though some before then, I think, you know, Shirley Chisholm was very, very important to me.

BGN: Yes, ma’am. She was important to me too. What is your nerdiest habit or guilty pleasure?

Rep, Waters: My nerdiest habit or guilty pleasure is shopping for antiques and curios, and just roaming through rummage sales and swap meets.

BGN: Okay, what is the last mobile or video game you played?

Rep. Waters: Have you really?

BGN: Yes, ma’am, I really, really have. We really appreciate your support and … all that you do. I enjoy … I’m actually a government employee, and I’m starting to use “reclaim my time,” because they talk over me at work all the time, and I am just done.

Rep. Waters: Have you ever experienced, and I know you have, being in a room where you come up with an idea, the conversation keeps going, and all of a sudden somebody else came up with the idea?

BGN: Yes, ma’am. Yes, ma’am. And then all of a sudden, it’s the best idea that ever happened, and they go off, and then they give them an award for doing it.

Rep. Waters: You got it.

During Congresswoman Maxine Waters’ event, BGN also interviewed several other Representatives. Check out some of their responses to our questions in the rest of our Millennial Media Row coverage.