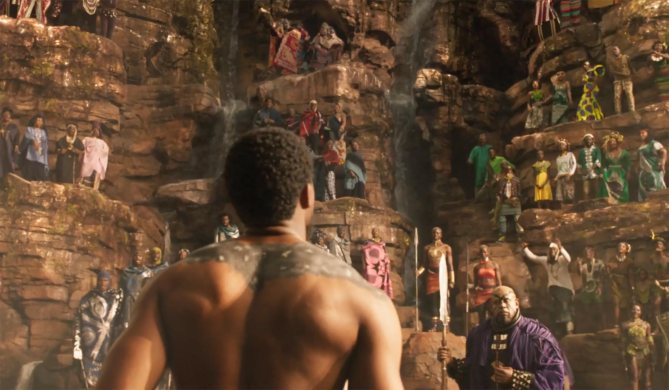 Black films in the Hollywood system can be limited in subject matter. I’ve been a cinephile ever since I first glanced a screen. I’ve been passionate about films and how they were made since the pre-Netflix era. I took weekly trips to the video store with my father when I was a little girl. Yes, even people in their 20s remember Blockbuster.

But, what I have noticed in all of my years of shoving past children in line for animated movies, binge-watching Harry Potter marathons, and creating shorts in film school is that films starring Black actors and other actors of color, have very limiting plotlines.

Black films often talk about specific subjects: slavery, biopics of world-renowned athletes, horror movie spoofs, rags to riches stories, and romances. And they all centralize around the Black experience. With the prominence of whitewashing and racial tropes in film, it isn’t surprising that somethign unique like Marvel’s Black Panther is highly anticipated.

Frankly, I want to see Black films that have nothing to do with the characters being Black, not that I’m not proud of the successful black films that have made notable contributions to the cinematic landscape. It’s just that scripts with carefree and non-racial topics should also be created.

Here are some ideas that Hollywood should look into:

Non-fiction Epic of African Royalty
Wakanda and Zamunda are not real African countries. TV shows like The Tudors (though somewhat embellished) are actual depictions of European and British royalty. I want the same for African dynasties from history.

African nations that resisted the slave trade
Okay, okay. I know I said that I would like to see Black films that have nothing to do with race and enslavement; but how cool would it be to see the history many of us were deprived of learning in school translated into a war film? How many movies have we seen about the enslaved? From uprisings to slave catchers to Roots, we have seen it all …except for the African nations resisting the Transatlantic Slave Trade.

Predominantly POC Sci-Fi/Fantasy Blockbuster
Usually, there is at least one Black actor in a film featuring extraterrestrial invasions or dragons-and-swords. But audiences would come out to movie theaters in droves to see Asian, Pacific Islander, Latin, and Black actors defeat evil witches and mischievous trolls? I know I would.

Biblical adventures with a majority Black cast
Are you tired of films like Noah and Exodus: Gods and Kings starring a predominantly European cast with the only Black people as slaves and servants? Ever wondered what it would look like if live-action Biblical stories were accurately depicted with a Black and Brown cast? Well, me too. Will we ever know? I sure do hope so.

Again, this isn’t about there not being enough Black actors in diverse films. This is about the expansion of movie plots for Black films. Needless to say, Hollywood has come a long way but still has a lot of work to do.

Written by: Tatiana Ward Cinephile. Scribe. Aspiring film auteur. Tatiana is an Atlanta bookworm with eccentric interests and hobbies and is a Film graduate with a passion for screenwriting, directing and producing. Find more thought-provoking and unorthodox storytelling on her Medium publication at https://medium.com/@ByFilmmakeHER.