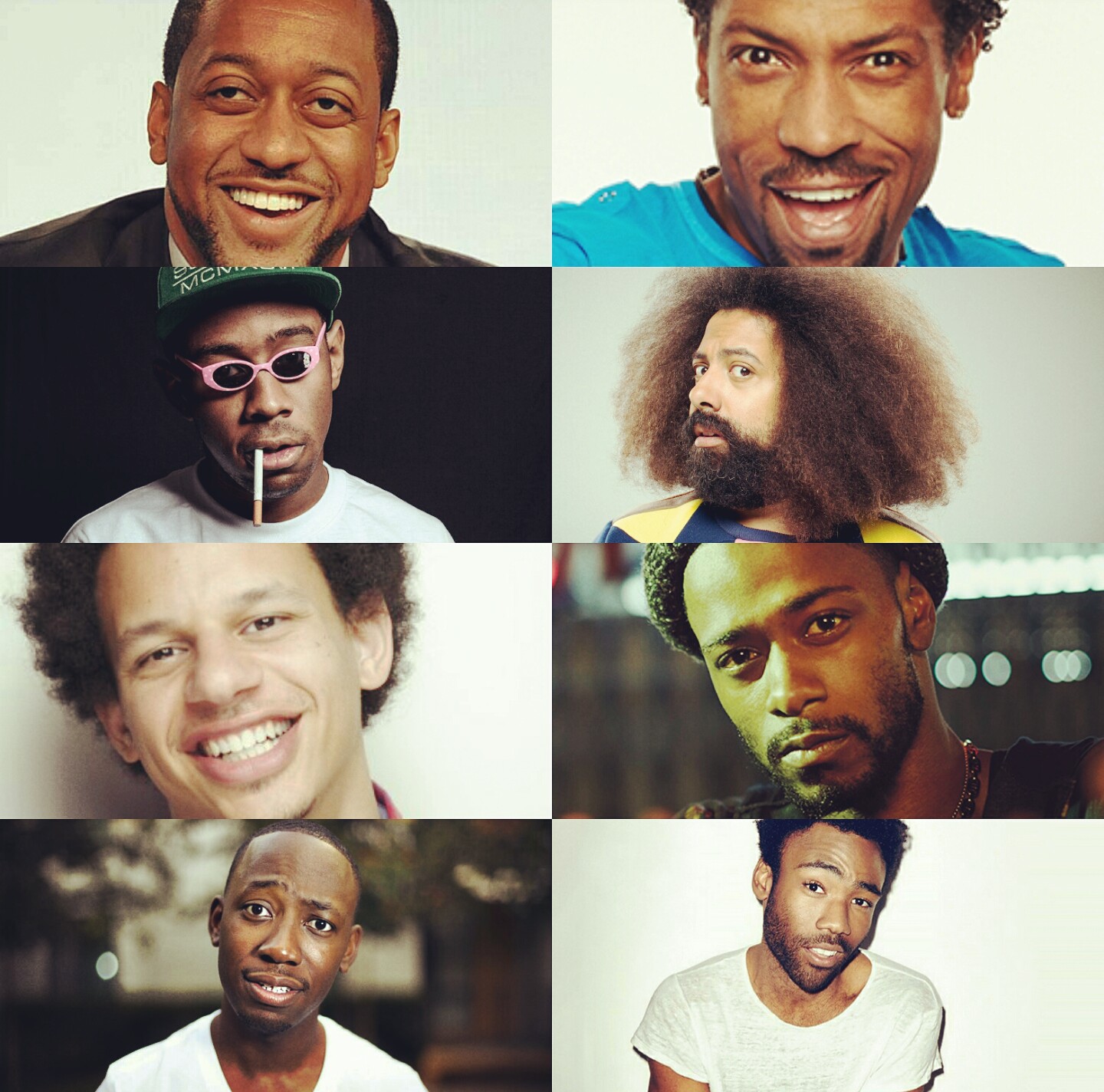 We’ve had this conversation before. We’ve talked ad nauseum about media’s predisposition to cycle through a handful of tropey black archetypes instead of reckoning with the rich, varied spectrum of the black experience. We’ve contended with the silent token, the thug, the athlete, the rapper, the magical Negro, and the general drapery which hangs behind every white savior narrative. And on the flip side, we’ve contended with a slew of over-corrections who are so perfect, so smart, so respectable, that they are entirely uninteresting. It would be ridiculous to imply that blackness can and should be only one thing. I would argue that in the wild, the nuance of human experience renders the archetype void. It is this nuance that is so often missing from the black characters that populate our movies and television shows.

Moonlight, a much lauded black, queer bildungsroman, put a spotlight on how we portray black masculinity. I wondered, why does this feel unfamiliar? Why is it novel for a black man to eschew stoicism and hypermasculinity for vulnerability and joy?  All this to say, black men deserve to see more nuanced representation of themselves. Here, I want to spotlight the black men who embody the joy, the weirdness, and at times, nihilistic abandon, of something we all need more of—the eccentric black man.

1.  Eric Andre –  While Eric Andre has a number of ordinary acting credits, his lo-fi take on the talk show genre, in the public access body horror tradition of Tim and Eric, is an entity unto itself. Do you want to see an entire set routinely set ablaze and sledgehammered by its sweaty, battered host? Do you want to see unsuspecting guests attempt to navigate nonsensical non sequiturs and caffeinated snakes? Better yet, do you believe in the gospel of Ranch? Then Eric Andre is your man. He’s anarchy, he’s got another pair of eyes under his face, and he’s got a fabulous perm.

2. Darius (played by Lakeith Stanfield) – Atlanta indulges regularly in the surreal, and no single character embodies this spirit more than Darius. Loyal to a fault, Darius is a quintessential wingman. He’ll accompany you when you inexplicably have to meet Migos in the woods, and he’ll be there to greet suspicious visitors with a knife and tray of cookies. But most importantly, Darius needs to measure your tree. He wonders what the world would be if rats could be phones. Darius exists on his own wavelength, and through a casual disregard of major and minor anxieties of the people around him, he maintains a sort of Buddha cool. The VIP section and its clout mean nothing to him. Drinks materialize out of thin air for him wherever he goes, a thing he regards as a cosmic certainty hardly worth acknowledgment. He has no inhibitions, no filter, and is so unphased by his own mortality that even while at the wrong end of a gun, he is preoccupied with a dog he saw with a curious spot.

3. Winston (played by Lamorne Morris) – When were first introduced to Winston, he’s more aligned with the portrayals we’re used to—he’s athletic (back from a stint proballing in Latvia) and he’s the straight man to the rest of the loft’s white, wacky antics. But then it goes a little sideways. His stint in Europe has rendered him out of time, a relic unfamiliar with any cultural import after the early aughts. His bouts of employment vary from making Beyoncé toned coffee, mastering hand bells, and working as a nanny. His general aimlessness isn’t pathologized but characterized as an extension of a deeply silly free fall. He is an unlucky man, but his whimsy makes up for it. He is awkward with women but finds solace in his love of bubbles. His lack of luck in love, in particular, is what leads to the weirdest part of his character: the obsession with his cat, Furguson. New Girl allows him a serious moment or two, moments where he talks about loneliness, or about what his blackness means to him, but otherwise, Winston gets to be odd and wandering. Winston gets to be sweet and charming for his lack of charm. Like he says in an aforementioned episode, his blackness means whatever he wants it to mean.

4. Troy (played by Donald Glover)  – Like Winston, Troy is also introduced as a former athlete. At first, it seems the show is pitching him as exactly that—a cool, formerly popular high school jock, but Community is nothing if not adept at misdirection. Troy, while given to intense emotional outbursts (aided greatly by Glover’s perfect cry face), is not only a big-hearted Jehovah’s Witness. He is a lover of fantasy. His relationship with Abed, which enables his love of the imaginary, is one of patience, adoration, and trust. This depiction of a friendship between men of color is rare in and of itself, and yet it is even rarer for the string complex, meta hijinks. Too often in ensemble sitcoms, the characters of color are mostly relegated to the sidelines, but Troy and Abed’s relationship is fully examined, rendered with its own private, internal logic. Together Troy and Abed embroil the school in a pillow and blanket fort conflict, they have their own talk show and create whole alternate universes. If the pair ever fall out, it is due to Troy’s surplus of feeling and Abed’s lack of emotional empathy. But still, Troy is vulnerable and earnest—as seen in his resistance and subsequent surrender to the allure of modern dance, his rabid fandom of LeVar Burton, and decision to save a competitor during an air conditioning maintenance match—because he is the core kindness at the center of the show. Just ask everyone in the darkest timeline.

5. Reggie Watts  – Reggie Watts, a veritable Afro Rapunzel, is not your ordinary stand-up or talk show co-host. Maybe some of this is due in part to the musical aspect of his act, in which he creates massive, fuzzy compositions by feeding his own voice through a multi-track looper. The result is danceable but somehow not entirely accessible; behind his gorgeous walls of a reverb are a series of non-sequiturs about space, time, and grammar usage. He crawls through the audience on his hands and knees to get to the stage, prefaces his act as a fluffy, Nubian sith lord, and he wears a scrunchie better than any 90’s basic, but that is to say nothing of his stint as co-host on Comedy Bang Bang—a schticky, sketch heavy mutation of the late night talk show format.

6. Tyler, the Creator – Tyler, the Creator is a compelling but admittedly controversial young figure in rap. His lyrics are violent, atheistic, and gleefully absurd. In his mainstream smash Yonkers, he eats a roach and hangs himself. In IFHY, a slanted version of a love song, he dons thick doll makeup and argues with a love interest pastel dollhouse. His brags about cars and bitches are more incidental than heartfelt, and take a backseat to the eerie, nihilism central to his music. Occasionally, his music drifts into parody or pointed observations about black entertainment. But mostly, his main philosophy is a provocation. In short, he’s a lyrically excellent internet troll. The end result is bratty, oddly gender fluid, yet problematic as hell.

7. Charlie (played by Deon Cole) – Charlie Telphy, Blackish’s enigmatic Account Manager, lives in a world entirely his own. Rather, if he lives on earth, it is among a population of straight men, even as there is no deadpan reaction shot to match the insanity of his interior life. While he has two families and is a grown ass man embroiled a rivalry with the elementary aged daughter of his coworker, he is a man of conviction. He believes the opening of Roscoe’s House of Chicken and Waffles should be a black holiday, that Chester A. Arthur’s reform of the navy was insufficient, and always has photos of his rectum on hand. And though he may mess up and lose money at a cockfight, or have an accident while making sandwiches and simultaneously cleaning his gun, he knows how to pull a white woman, which is why he always has two John Mayer tickets on hand.

8. Steve Urkel (played by Jaleel White) – The original derp. Steve Urkel, nightmare neighbor prone to sporting ball crushingly high pants, was nothing if not his own man. He was a sweet, unabashed dweeb, hopelessly besotted with Laura, and emotionally unintelligent enough to be confident in the face of the rest of the world’s annoyance and bemusement. Combine all these things with serious scientific genius, and you get a lightning rod for (especially in the later seasons) impossible, metaphysical calamity. You get a robot clone, an evil, sentient puppet, shrinking powers, and of course, the suave lady killer Stefan.