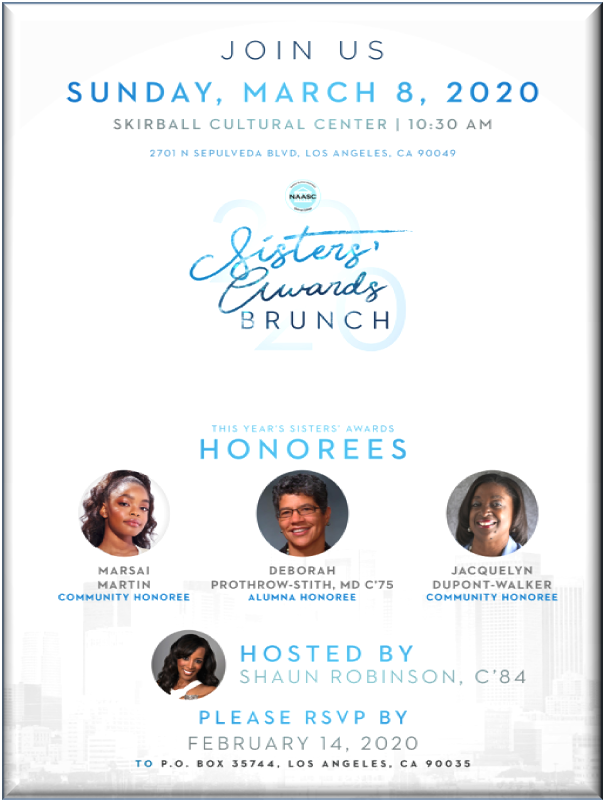 Entrepreneur Marsai Martin is making moves and will be honored in LA at the prestigious college for Black women — Spelman College.

In a press release, the 15-year old producer, entrepreneur, and award-winning actor Marsai Martin (Black-ish, Little) is among the honorees for the National Alumnae Association of Spelman College – Los Angeles Chapter’s Sisters’ Awards Brunch. In its 26th year, the brunch has raised more than $530,000 in scholarship funds for incoming Spelman freshman from the Los Angeles area.

Martin, at just 15-years-old, is already on course to be a whirlwind sensation. At the age of five, she landed her first national commercial and shortly after relocating to Los Angeles, she was cast as Diane Johnson on the ABC Emmy-nominated hit comedy “black-ish.” Alongside an all-star cast, the young starlet has stolen the hearts of viewers who tune in every week to see her hilarious and witty antics on the show. Her work on the show has earned her ten NAACP Image Awards as well as a Screen Actors Guild Award. At the age of 10 she conceptualized and pitched a movie idea to Will Packer and Universal which became the feature film, Little. As the star and Executive Producer on the film, she has become a part of Hollywood history as the youngest person to EP a major Hollywood film. With opportunities presenting themselves daily, Marsai is excited about uplifting diverse and young voices through her production company, Genius Productions, who signed an overall deal with Universal.  In addition to acting, she loves producing, singing, dancing and creating her own content for social media.

“I am so excited about this years Sisters’ Awards.  This year we have an AWESOME trio of ladies being honored. They are the quintessential essence of the meaning of  Womens’ Day and that uniquely divine feminine energy. So we are celebrating their extraordinary social, economic, cultural and political achievements while simultaneously raising funds for young women to attend our illustrious Alma Mater, Spelman College.” ~ Maria Rice – NAASCLA Vice President and Brunch Chair ~

Tickets for the Sisters Awards Brunch can be purchased here.