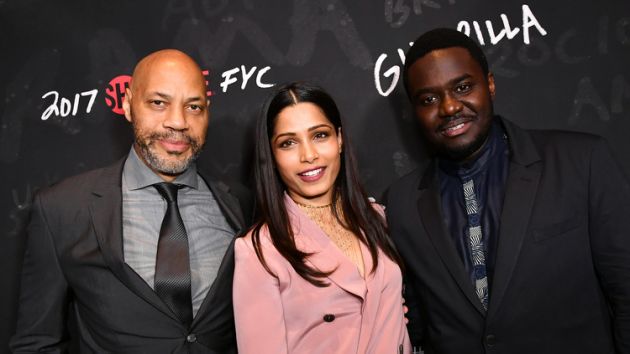 Recently there have been tv and film releases that have perpetuated the erasure of Black women from history. The tv release, “Guerrilla”, is a Showtime series directed by John Ridley that tells the story of the British Black Power Movement. The film release, Katheryn Bigelow’s “Detroit”, focuses on the Detroit riots of 1967, specifically The Algiers Motel Incident. By choosing not to include Black women in their respective works, they dismiss the contributions of Black women in the past and limit the way Black women can see themselves in the present and future.

In grade school, I hated learning about Black people in history because I rarely learned about Black women. The only Black women I could recall learning about in those years were Harriet Tubman, Sojourner Truth, and Zora Neale Hurston.  From my kid years to my teen years, I learned that the only thing a Black woman could be was a former slave or a Black writer that wrote about race issues.

Even though I knew it was important to know about these Black women, I half-heartedly learned about them because I couldn’t see myself in them. Even though they were the same gender and race as me, my experiences were vastly different from theirs. I was an awkward, artistic Black nerd who wrote poetry, listened to alternative rock, and read fantasy books. Not only could I not see myself in Black history, but I also couldn’t see myself in contemporary Black media like hip-hop and BET.

Since I couldn’t see myself anywhere, I ended up hating myself and feeling like my experiences as a Black person wasn’t valid. Things would’ve been so much different had I known about names I later learned about outside of school. Names like Sister Rosetta Tharpe, The Godmother of Rock n’ Roll. Octavia Butler, speculative fiction writer. Katherine Johnson, NASA physicist and mathematician.

If I had been taught these names in grade school, I would not have been ashamed of my experiences and my blackness. I would’ve thought to myself, “It’s okay for me to like rock and read fantasy books, because black women have been doing these things since before I was born.” While the stories of these women were once unknown, books and films have been introducing them to a new generation of black women and girls.

Recently, the life of Katherine Johnson, NASA human computer Dorothy Vaughan, and NASA engineer Mary Jackson had their stories told in the biographical film “Hidden Figures”. Three black women had their stories told in a film that was not only highly-anticipated, but also managed to gross over $200 million dollars worldwide. After the success of this film, it is unbelievable that anyone would think to not include Black female leads in historical films.

While Katheryn Biglow has yet to comment on the lack of Black women in “Detroit”, John Ridley has made a defensive response. In a piece for Screen Daily, he states that “The things that are being said here, and how we are often received, is very equivalent to what’s going on right now. My wife is a fighter, my wife is an activist, and yet because our races are different there are a lot of things we have to still put up with.”

Instead of having a Black woman as the lead character, John Ridley opted to have an Asian woman because his wife is Asian. John Ridley’s statement makes it seem that Black women and Asian women experience racism and oppression the same way. This couldn’t be further from the truth, but that is for another essay. The issue is that Ridley and Bigelow do not have Black women leads in their works when real Black women were involved in the events depicted.

In an essay for Ebony magazine, Black Atlantic history scholar M. Hyacinth provides excellent discourse on the lack of Black women in Guerrilla. She suggests that not only should Black British female leaders like Althea Jones Lecointe and Barbara Beese be acknowledged but also that Black female scholars studying the activism should be mentioned. A similar approach could’ve been taken with Detroit by including Mary Jarett Jackson, a Black female deputy police chief who served in the Detroit police department at the time of the riots.

There is a saying that goes, “You can’t know where you’re going until you know where you’ve been.” “Detroit” and “Guerrilla” should’ve had Black female leads, because Black women barely learn their history in school. If Black women are going to have a future, then Black women must be able to connect their present with their past.