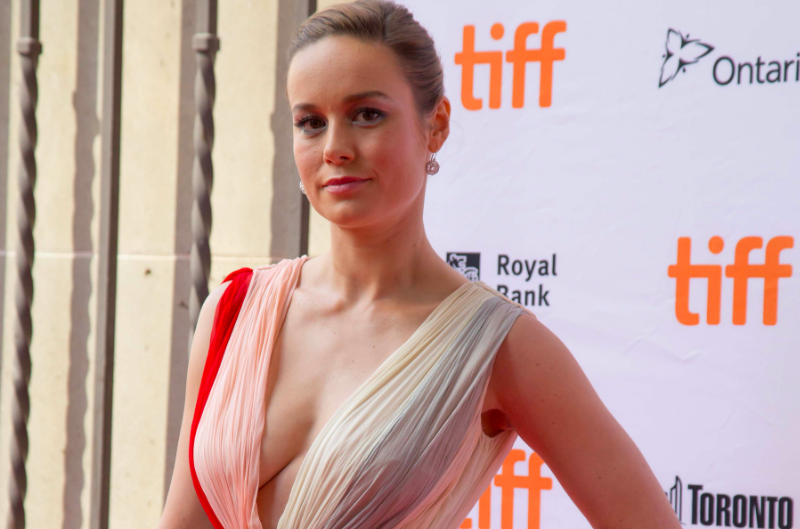 Actress Brie Larson is truly showing how much of a superhero she really is with her announcement Wednesday night at the Women in Film Los Angeles Crystal and Lucy Awards. Brie Larson, who will star as Captain Marvel in Disney’s impending action movie of the same name due for release next year is fighting the good fight for several underrepresented journalists reporting entertainment media.

The following quote is from Larson herself:

“67 percent of the top critics reviewing the 100 highest-grossing movies in 2017 were white males; less than a quarter were white women; less than ten percent were underrepresented men. Only 2.5 percent of those top critics were women of color. Am I saying that I hate white dudes? No I’m not, but what I am saying is if you make a movie that is a love letter to a woman of color, there is an insanely low chance that a woman of color will have a chance to see your movie and review your movie.”

Larson quoted some stats which further illustrates the need for more journalists of color to be allowed opportunities to cover films at high brow film festivals like Sundance and TIFF. She states that for the US population, given that its breakdown is 30 percent, white men, 30 percent white women, 20 percent men of color and 20 percent women of color, not providing these credentials is a “huge disconnect”.
Brie Larson also added about seeing more reviews come from journalists of color. She comments:

“It really sucks that reviews matter, but reviews matter,” she said. “We are expanding to make films that reflect the people who buy movie tickets….I do not need a 40-year-old white dude to tell me what didn’t work for him about A Wrinkle in Time. It wasn’t made for him….I want to know what my work means to the world, not a narrow view.”

The publication Black Girl Nerds is one of the few outlets that provides a voice and perspective for journalists of color to have an opportunity to have their reviews featured on the popular review-aggregation website for film and television Rotten Tomatoes. BGN has also covered film festivals such as TIFF, Sundance and SXSW. That’s not to say BGN hasn’t had its fair share of pushback from publicists. The publication is still ghosted from studio publicists when it comes to set visit opportunities and press junkets which sadly shuts out not only opportunities for more diverse voices to be heard within the pop culture criticism industry — but also shuts out the chance for Black women journalists to get the experience to report and use those skills to work for larger publications.

This problem doesn’t fall short on Larson — she also called for publicists to ensure they invite an inclusive group of journalists to their press lines and junkets.

At the end of the day, more consumers of TV shows and movies want to read and hear points of view from fresh voices. Whether this comes from huge blockbuster summer films or independent movies. Larson says the following:

“Female and underrepresented critics can’t review what they don’t see. Many are denied accreditation or access to press screenings. Please make sure that these invites and credentials find their way to more underrepresented journalists and critics, many of whom are freelancers.”

One key component missing from this conversation here is financials.  While being offered press credentials and access is a great start, many publications ran by marginalized creators are underfunded or not funded at all. It’s easy for a mainstream publication to bring in a female journalist of color to cover events for the outlet because they have the capital to pay writers and cover travel for their freelancers.  With respect to attending film festivals, many volunteer-run publications do not have enough to cover travel to go to Park City, Utah or Toronto, Canada for a week to attend the festival. Costs include airfare, lodging, and rideshare fees to travel throughout the city and can stack up pretty high.  This doesn’t include funds to pay journalists.

This is an important conversation that needs to continue to be discussed. Kudos to Brie Larson for making this a priority for the entertainment industry.