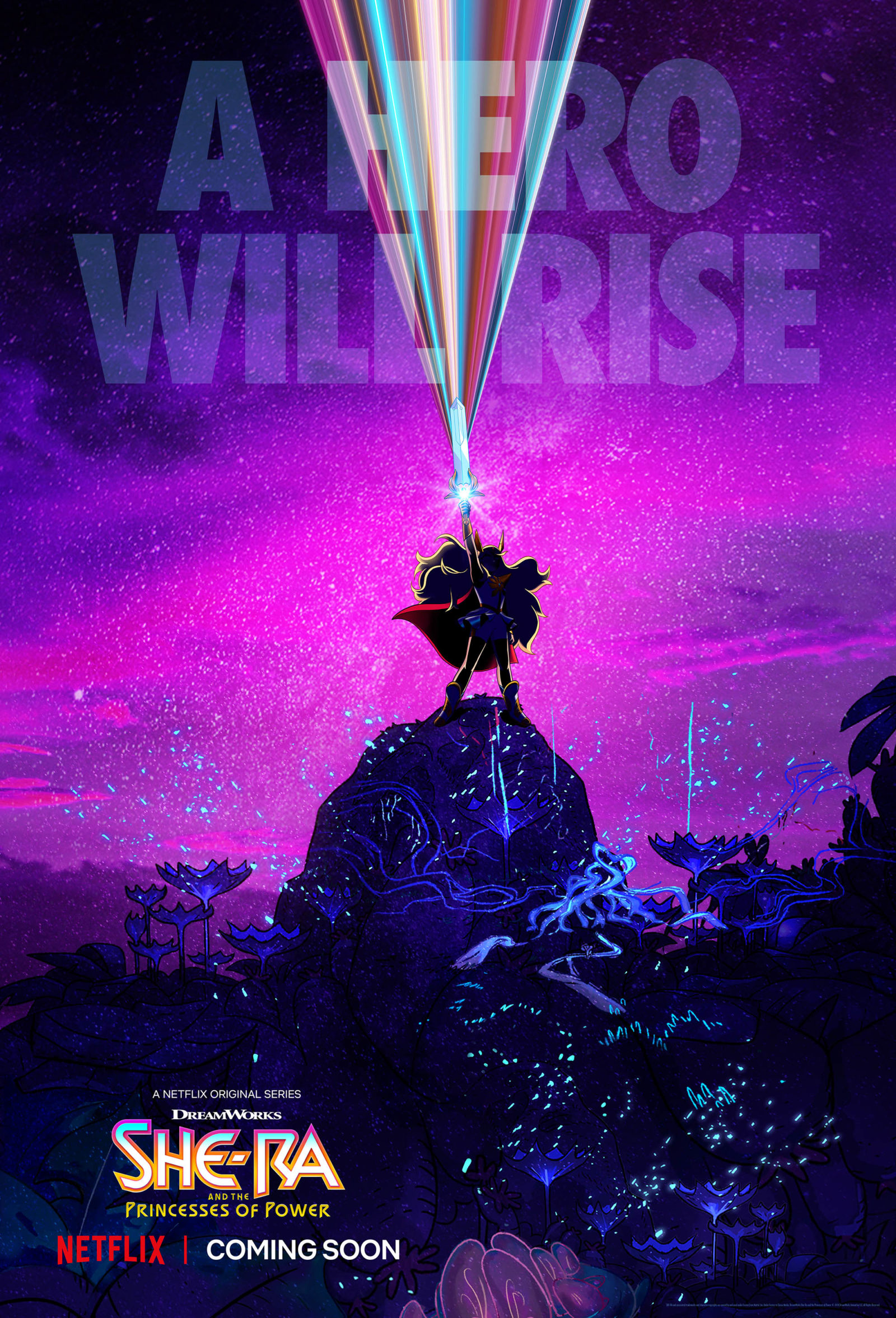 The 80s reboots of our childhood keep on coming!  In addition to the announcement made of Cartoon Network’s new animated series ThunderCats Roar based on the popular Saturday morning cartoon, DreamWorks Animation Television has revealed the cast of the upcoming Netflix original series and cover art for She-Ra and the Princesses of Power.

She-Ra and the Princesses of Power is the story of an orphan named Adora (Carrero), who leaves behind her former life in the evil Horde when she discovers a magic sword that transforms her into the mythical warrior princess She-Ra. Along the way, she finds a new family in the Rebellion as she unites a group of magical princesses in the ultimate fight against evil.

The female-led fantasy series debuted in 1985 and was a spin-off of Filmation’s He-Man and the Masters of the Universe series. Princess Adora is the twin sister to He-Man also known as Prince Adam —  she leads a group of freedom fighters known as the Great Rebellion in the fight to free Etheria from the tyrannical rule of Hordak and the Evil Horde. With her Sword of Protection Adora can become She-Ra.

The animated series is due for release this year.