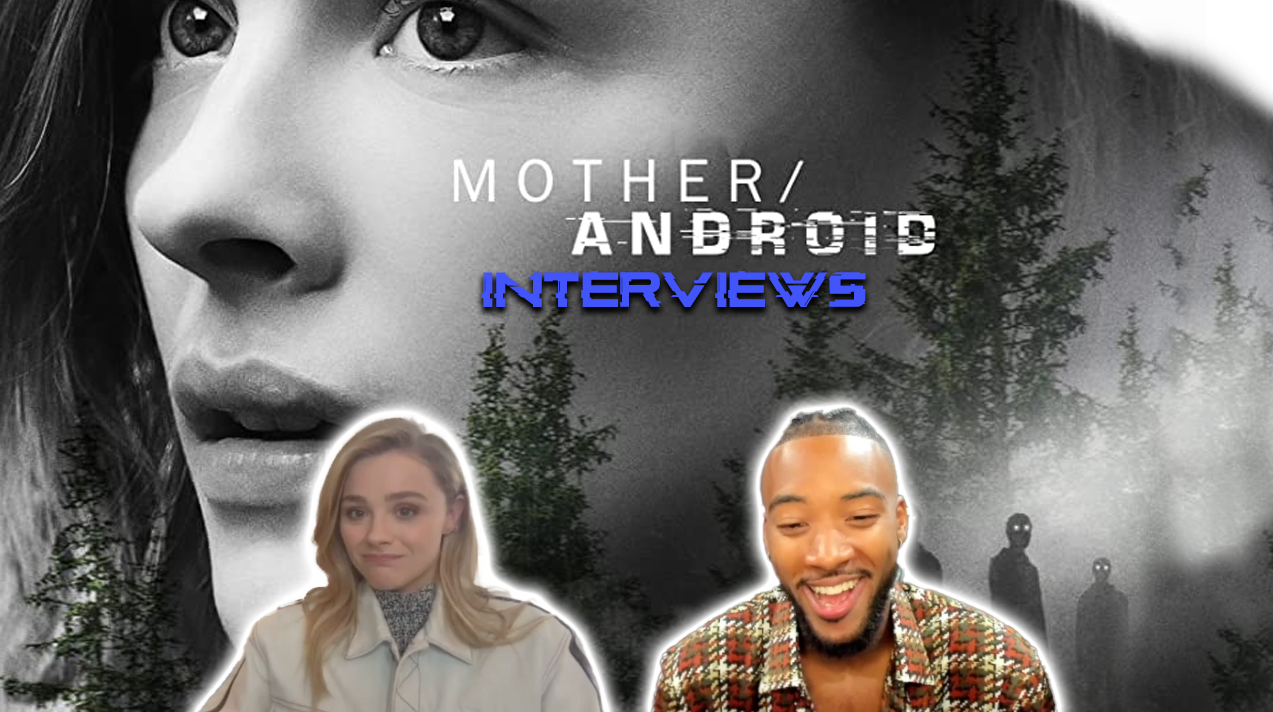 BGN interviews actors Chloë Grace Moretz (Georgia) & Algee Smith (Sam) for the Hulu film ‘Mother/Android’. Set in the near future, Mother/Android follows Georgia (Chloë Grace Moretz) and her boyfriend Sam (Algee Smith) through their treacherous journey of escape as their country is caught in an unexpected war with artificial intelligence. Days away from the arrival of their first child, they must face No Man’s Land – a stronghold of the android uprising, in hopes of reaching safety before giving birth.

Hulu will release Mother/Android on the platform Friday, December 17, 2021