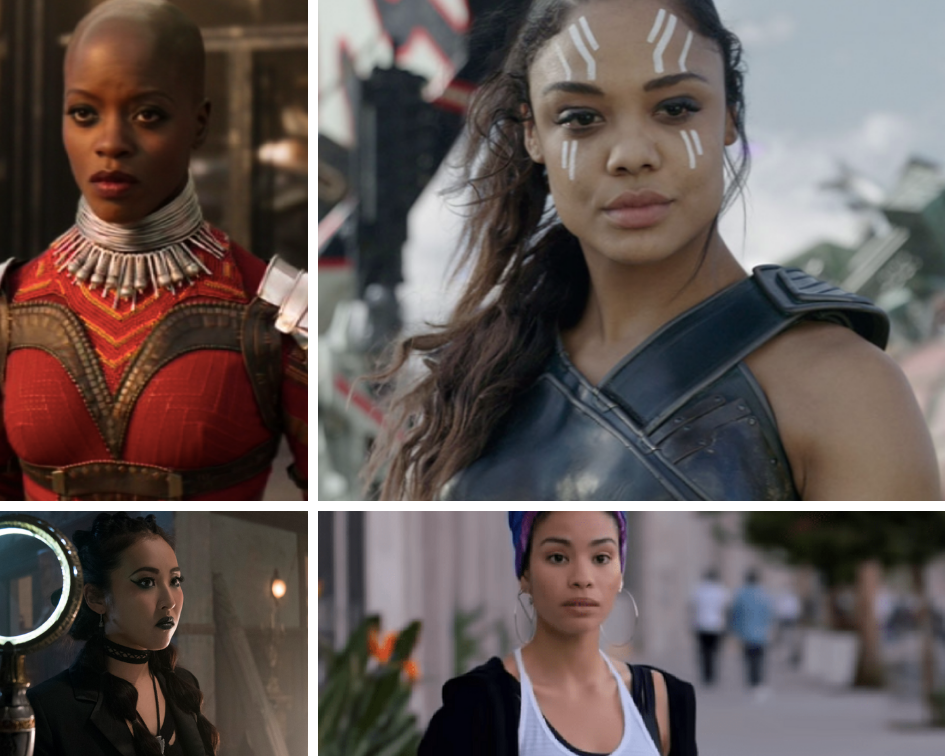 In which a quote from one Billy Porter sums up why I’ve been overall nonplussed about the diversity of the Marvel Cinematic Universe, or rather lack thereof.

Recently at this year’s San Diego Comic-Con, Marvel Studios President Kevin Feige shared news concerning the forthcoming Phase 4 of the MCU such as the announcement of a fourth installment in the Thor film series entitled Love and Thunder. Natalie Portman will return to reprise her role as Dr. Jane Foster as well become the Mighty Thor.  It was also “confirmed” that Valkyrie would be the MCU’s first LGBTQ superhero.

While this would appear to be progress on the surface, that is sadly not the case. The MCU is being praised for being progressive when the past 11 years have proven otherwise. Valkyrie is not the first LGBTQ superhero of the Marvel Cinematic Universe. The announcement itself is factually inaccurate. To be 100% clear, this is not an indictment on the character Valkyrie or the amazing and talented actress who portrays her, Tessa Thompson. Valkyrie is without question one of the best characters in the MCU, and, whether it’s her music, activism, or scene-stealing performances, Tessa Thompson is a certifiable superhero in her own right.

Both Victoria Hand and Inhuman Joey Guiterrez predate Valkyrie on Marvel’s Agents of SHIELD. There’s also Nico Minoru, Karolina Dean, as well as Xavin of Marvel’s Runaways. And of course, there was Dora Milaje Ayo, who debuted in Captain America: Civil War. It was she who channeled her inner Ludacris and instructed Natasha Romanoff to move and get out the way. What’s even more egregious is that both Thor: Ragnarok and Black Panther featured scenes that confirmed both Valkyrie and Ayo are LGBTQ, yet said scenes were deliberately cut from both films. So for Feige to declare 11 years after the MCU’s debut that the world is ready for LGBTQ superheroes is peak hypocrisy and caucacity.

White men do not get to declare when it is a convenient season for progress for reasons already explained. Additional reasons can be found with the MCU’s prominent players both on and offscreen:

As the old adage goes, the fish rots at the head. More than that, the announcement comes just days after Iceman writer Sina Grace discussed the homophobia he endured while working at Marvel Comics. Bigotry at the House of Ideas should not be a shocker given its publisher made a career pulling a Scarlett Johansson and pretending to be Asian. So, this announcement was little more than PR spin. It’s no accident that Marvel’s Agents of SHIELD, one of the most progressive and diverse series on network television, is regularly undercut and disrespected by Marvel itself.

So what really forced the MCU to “embrace” LGBTQs and minorities? Self-preservation, namely in the form of heavy competition from chief rival DC Comics/Time Warner.

Despite years of numerous campaigns and public outcry from fans, Marvel seemingly had no intention of releasing a Black Panther film. Despite the animated miniseries outperforming all comparable Marvel animated films even without a live-action film to promote it, Marvel execs hemmed and hawed about how difficult it would be to create Wakanda. It wasn’t until DC announced its slate of diverse films which featured nonwhite leads that Marvel/Disney became “woke.”

The DC Extended Universe didn’t have to wait over a decade to give LGBTQ fans their own feature film when they released Wonder Woman in 2017. The CW’s Arrowverse has continued to garner success with its ever-expanding lineup of superheroes who represent a very diverse demographic. Supergirl, The Flash, Black Lightning, Thunder, Batwoman, Dreamer, Vixen, and The Ray are a few examples among others. Progressive content is not only the result of hiring PoC and LGBTQs as talent but also placing qualified PoC and LGBTQs in positions as directors, writers, and producers.

The pressure of DC Comics/Time Warner forcing Marvel to join the 21st century in its content is analogous to All Elite Wrestling forcing World Wrestling Entertainment to check its racism and recognize the value in one of their most talented, gifted, and criminally underappreciated superstars, Kofi Kingston. What former WWE superstar CM Punk had to say about Kofi Kingston’s WWE Heavyweight Championship win at Wrestlemania 35 also applies to the Marvel “accepting” LGBTQs and other minorities:

“It should’ve happened ten years ago. You know, that’s what I’ll leave with. And it’s one of those things where yes, I’m stoked that it happened now, but again, be ahead of the curve instead of behind it.” —CM Punk