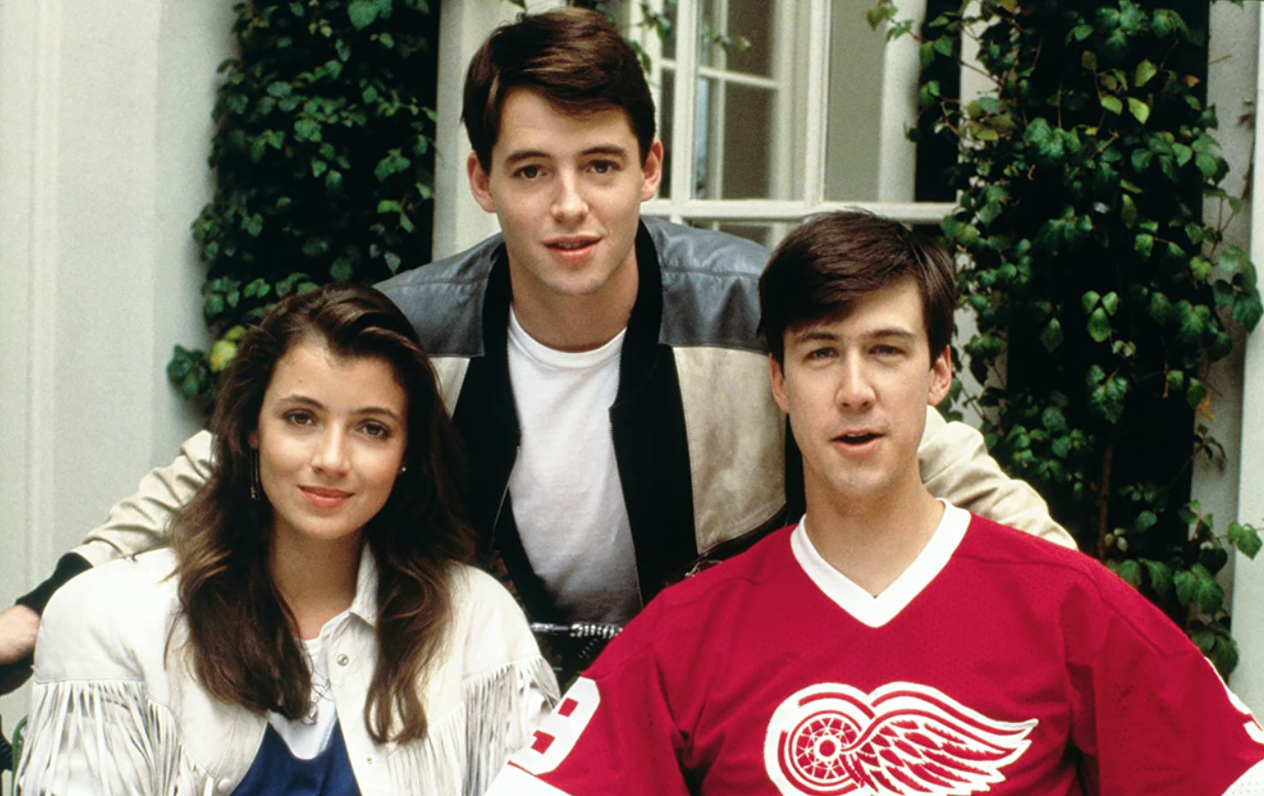 Reader, I won’t lie to you: You won’t like this review. In a world that seems dominated by people who adore Ferris Bueller (Matthew Broderick) and all of his antics, I stand alone. And don’t get me wrong; I love Ferris Bueller’s Day Off. I just hate its namesake.

To call the character Ferris Bueller the film’s protagonist would be technically correct, considering we spend most of the runtime with him, are treated only to his soliloquies and are positioned to root against anyone in his way. That said, it feels wrong to call Ferris our protagonist spiritually. In my eyes, a story’s protagonist is fighting against something. A protagonist answers the call to adventure, however reluctantly. They return home with a boon of knowledge about themselves and their world gained only through struggle and transformation.

Ferris Bueller just hates being told what to do.

I’ll say it again: Ferris Bueller is a menace to everyone around him and probably a psycho. It’s not just that he cons his way into everything, but it’s the glib way he does it. He takes joy in tricking his trusting parents. He likes knowing that his best friend will eventually cave to peer pressure. He takes pride in fooling everyone around him.

In another world, Ferris Bueller’s Day Off would be a psychological thriller similar to The Good Son, in which those closest to him must come to the horrifying knowledge that the person they love has no pity, remorse, or conscience. In this hypothetical world, Jeanie Bueller (Jennifer Grey) isn’t a shrewish sister who must learn that her brother’s deceit shouldn’t bother her as long as she’s not its main target. This alternate universe’s Ed Rooney (Jeffrey Jones) likely isn’t so unstable because the world hasn’t tried to gaslight him into thinking that Ferris is an amiable kid with no ulterior motives. In this bizarre world, these two characters are our rightful protagonists, and we follow their journey to foil a young Iago in the making.

Sadly, that is not the case here.

Still, we have fun in our world’s version of this movie because Cameron (Alan Ruck) is our deuteragonist and secret hero.

Ferris Bueller’s Day Off is Cameron’s movie framed as his friend’s.

Every scene with Cameron is delightful, especially as the movie — and his hero’s journey  — progresses. While I would argue that Ferris is the Devil, he is still Cameron’s call to action. Cameron learns to express his inner demons throughout the film and exorcizes them. He learns that life is worth living when he believes he’s faced with death at the hands of his father (because you-know-who pressured him into taking his father’s prized Ferrari). He comes face to face with himself in what seems like a cocooned state, only to emerge a transfigured creature ready to deal with his problems at home. If the movie were titled Cameron: Story of a Sad Boy with a Sociopathic Friend, I would have preferred that more.

Still, I have a ton of love for this movie.

John Hughes is at his very best here. From the triumphant parade scene to the quiet shot of Cameron at the bottom of the pool, Ferris Bueller’s Day Off is evidence of a director who aims to have his name mentioned with the same reverence paid to Scorsese, Spielberg, or early De Palma. Enough kudos cannot be given for how he perfectly meshes music and visuals in set pieces like the museum scene or the Ferrari scene with the Star Wars music. Sure, the script is pretty low on plot other than Bueller’s “antagonists” trying to catch him being the lying sleazeball that he is, but Hughes’ direction makes the film’s desultory nature seem grand regardless.

It’s just a shame that so many beautifully crafted frames had that jerk as their focal point.

A question I had for the first hour of this film was, “Who is this for?” Is it for people who love to see the bad guy win? For high schoolers who never met an adult that wasn’t evil or clueless? I can’t rightfully say. If it’s for the former, I kindly recommend watching No Country for Old Men, because there, too, chaotic evil gets away scot-free (unless you count Chigurh’s final scene as some kind of petty cosmic justice). If it’s for the latter high schoolers, then, dear teenagers, I welcome you to talk to an adult over 20. I promise we’re human beings, just like you.

Ultimately, I think this is a movie made for the Camerons of the world.

Ferris Bueller’s Day Off celebrates life, even when that celebration can feel hedonistic and egotistic. The main character doesn’t care about Europe or whether they’re fascists or socialists. If the movie is deriding this kind of solipsism, I couldn’t tell. But Cameron, its secondary lead, feels a lot about the world. He feels lost. He feels unable to talk to his father. He feels angry that he feels lost and unable to talk to his father. This person is an actual human being, developing hopes and dreams that he can’t articulate yet due to the awkwardness of growing up in an emotionally distant home.

The next time I’m asked who’s the hero of this movie I’ll say Cameron.

Oh, and on a final note.

For those who read this and say, “Wayne, we know you’re handsome and intelligent, but don’t you think you’re being too hard on this comedy?”

I’d thank you and tell you you’re all beautiful too. Then I’d say you’re wrong about comedy. Typically, the comic structure ends with a lovable loser getting a happy ending or a grimy schemer getting his comeuppance. Ferris Bueller gives us half of that. We feel that Cameron will be okay, however rough the road ahead may be. But the last shot is also a freeze-frame of a manipulator smirking at, maybe, his friend’s growth but more likely his own apparent genius.

Somewhere out there is a movie exec pitch “gritty reboots” of everything from The Muppet Babies to Air Bud. I just pray Hollywood gets it right for once and shows us the true nature of this privileged, spoiled deceiver.

But, until then, I’ll settle for the artistic genius that is this film.

Ferris Bueller’s Day Off is streaming on Showtime and Hulu with a premium subscription.