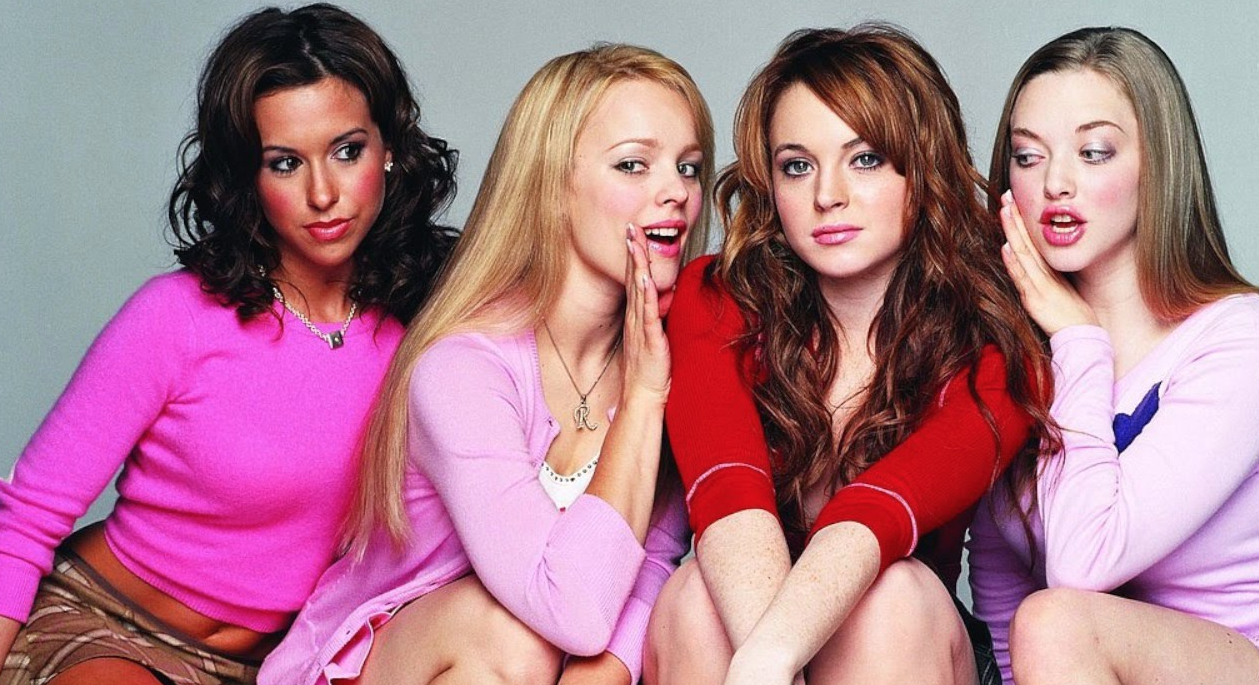 Mean Girls is, and was, a 5/5 — anyone who doesn’t think so is dumb, wrong, and dumb. End of article. Byeeeee.

But seriously, how great is this movie?

It’s great enough that USA Today ranks quotes from it. Interestingly enough, Psychology Today has written about the real-world application of its messages. Fetch enough that it ended up on Broadway. The movie is beyond iconic. In fact, pop culture references to it are essentially ubiquitous.

Even now, I’m certain you’re trying to remember which things you say to your friends that you forgot came from this film. I’ll help:

I’d write more, but have a feature-length script instead of a thousand-word article.

Don’t get me wrong. I don’t think this movie is good because it’s popular. A lot of dumb things get ingrained in the cultural psyche without ever really having had merit in the first place. I’m looking at you, “Macarena” dance at every wedding from ‘96 to ‘01. But that isn’t the case with Mean Girls.

This film was and is popular precisely because it is so good. What does “good” mean here? Funny. Piercing. Insightful. Well-acted. The fact that it only got attention from MTV and Teen Choice awards shows is a crime. Really, Golden Globes? Mean Girls can’t get a nod, but De-Lovely can??? I’m not even gonna hyperlink it. I’m just gonna let people quietly wonder what that is.

Yes, there are scenes of heightened physical comedy, like every time someone new sees Cady (Lindsay Lohan) in her scary Halloween costume and freaks out, but there are also heart-wrenching scenes like the all-girls assembly where Cady refuses to own up to insulting Ms. Norbury (Tina Fey), lest she gets blamed for the Burn Book’s creation.

I try to stop myself from saying anything is universal, but it feels like anyone that has been a teenager has been in positions similar to that latter sequence: it’s hard to go through adolescence without once hearing a respected authority figure tell you they’re disappointed in you. It’s this type of relatability that makes Mean Girls so occasionally brutal to watch.

Has there ever been a villain more hateful than Regina George (Rachel McAdams)? One who didn’t murder people? I forgot that Tina Fey wrote her as something of a sociopath. Seriously, Regina George kills people. Maybe not physically, but there is mental battering everywhere she goes.

Take the scene where she pretends to be from Planned Parenthood all so she can get a girl in trouble for going out with a boy Gretchen (Lacey Chabert) used to date. It’s calculated, passionless cruelty, and the editing doesn’t play the end result for laughs. Watch it again. Notice how Cady sees the girl’s genuine distress when her mom calls her.

Sure, the mom character was shown fainting seconds before, but that broad comedic tone is quickly replaced by the reality of what happens when girls hurt girls for fun. It’s this mix, this seamless transition from what’s funny to what’s true, that makes Mean Girls worthy of its legacy. It’s these actions that make Regina George an iconic villain.

McAdams is great as Regina George, and Lohan is amazing as Cady. In fact, in 2021, The New Yorker lauded Lohan’s performance as one of the century’s best so far. She came in right between Natalie Portman in Black Swan and Joe Pesci in The Irishman.

Again, shocking that a movie this seemingly impactful couldn’t even get an Adapted Screenplay Oscar nod. It almost makes me think the Academy Awards, especially in 2005, may have had a problem with women and women’s stories. She’s innocent, but is she really? She’s nice, but that can change. In short, she’s every adolescent who ever had to figure out who they were as if that’s such an easy thing even for tax-paying adults to walk around knowing with certainty.

Mean Girls deserves its fame and our respect. It’s a funny movie, yes, but it’s also worthy of being shown in intro-level psyche and sociology classes. It’s not a documentary. It doesn’t pretend to be, but it feels like watching real-life regardless. There isn’t enough time to praise the cast and crew. Tina Fey, Tim Meadows, Amy Poehler — this might be my favorite Saturday Night Live-adjacent film. It’s certainly funnier than most SNL movies they released in the nineties.

Besides them, Lohan, McAdams, Chabert, and Amanda Seyfried as Karen Smith are knockouts as the Plastics (and, yes, Cady was a full-fledged Plastic for a portion of the film. You know because it’s the most painful part to watch.) Lizzy Caplan and Daniel Franzese as Janis and Damian, respectively, feel like the friends you want to have but also have their own problems, again, like any teen. Besides all of them, the bit players who do everything from letting Gretchen Wieners drop to elucidating us on “Who is Regina George?” all play their roles perfectly. It really is a master class on casting.

Ultimately, it’s the message behind Mean Girls that makes it so effective.

There are, have been, and will be many films about high school and high school girls. It feels like there are much fewer, however, written by a woman about high school girls learning to love each other and themselves. At least, not one that has this message without ever feeling schmaltzy or saccharine. I love this movie, and, as someone who didn’t watch it as a teen because he “thought it was for girls,” you can trust I’m not blinded by nostalgia. Good is good is good. And this movie is damn good.

Now let’s throw some pink on (only if it’s Wednesday) and watch it again.
Mean Girls is available to stream on Paramount+ until June 30. It is available to rent on Amazon Prime.