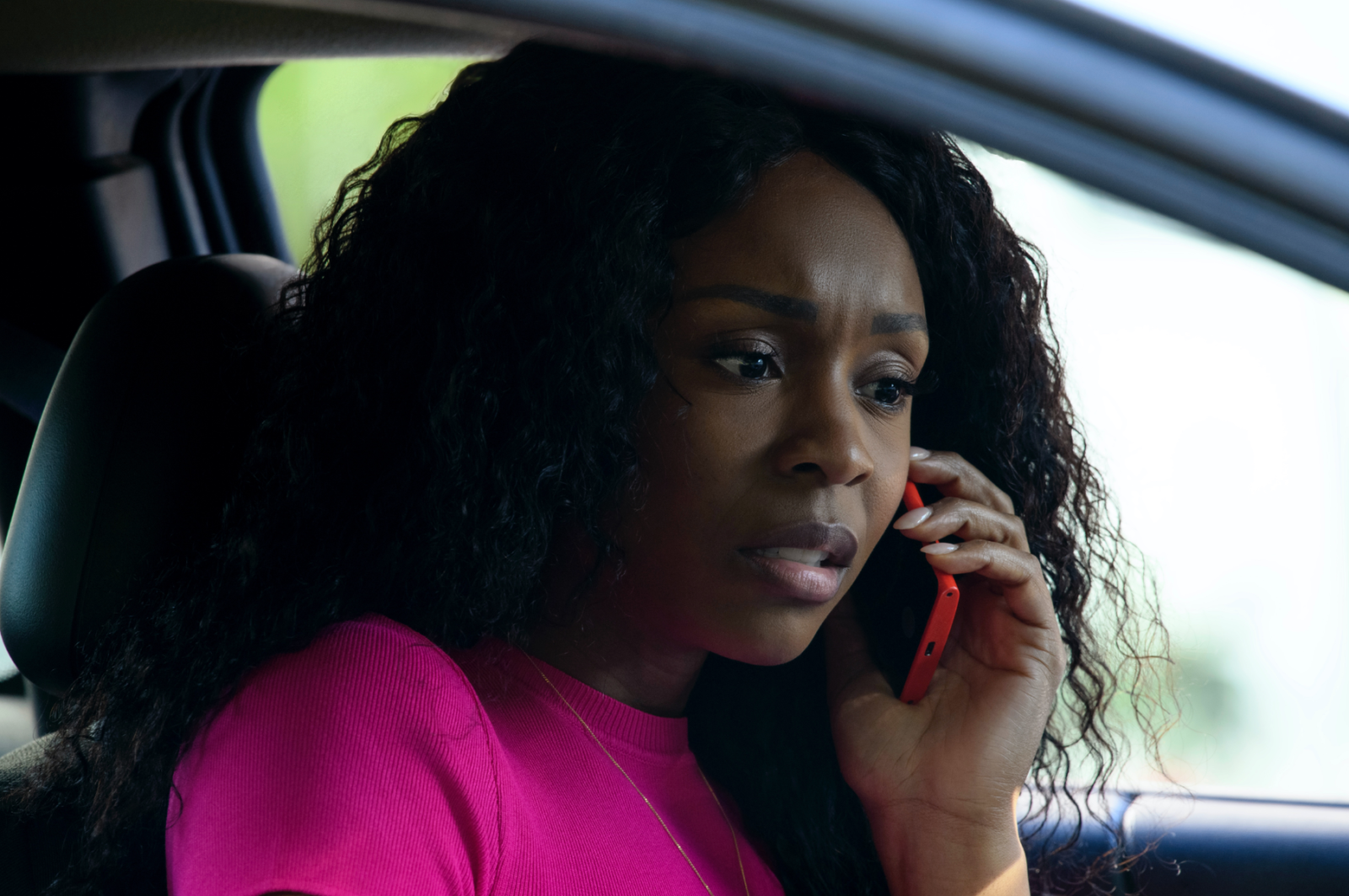 Imagine you’ve met the man of your dreams. He wines and dines you and at the end of the night doesn’t hesitate to reach for the bill. Unfortunately he’s forgotten his wallet, but it’s okay, he’s just sold a business for millions and he’ll have plenty to foot the bill after he’s given the rest to charity. Sounds too good to be true? That’s because we’ve been clued into these deceptions. But to understand the depth of these lies, someone had to be first.

In Lifetime’s Swindler Seduction, Gabrielle Graham plays Louisa, a woman who’d given up on love when she’s seduced by what she thinks may be the man of her dreams. Steven (Colton Haynes) is handsome, charming, and has a giving heart. As an angel investor, he’s well versed in making large donations to children’s charities and is constantly being given free tickets or having entire wings of hospitals named after him. He’s got everything — everything except his wallet, phone, a place to stay, the list goes on. However, he’s charming and quick on his feet and soon woos Louisa and her friends despite many setbacks.

Graham is a Canadian actress who is best known for her role as Nia on Twenties. She’s no stranger to the Lifetime/Hallmark cycle, but this film has a few unusual twists and turns. I had a chance to Zoom with Gabrielle to talk about Ripped from the Headlines: Swindler Seduction and what her takeaway was for this interesting role.

How did you go about getting the role?

I didn’t audition. I think it was Larissa who recommended me to the director. I thought, it sounds like an interesting script, let’s work and see what we can do. Then we got to meet Colton who’s such a wonderful human being.

But he’s so sweet! He’s just a sweetheart in person. Like the actors who are the sweetest always play the badasses!

Speaking of personalities, for Louisa, it seems like for her it was about the money. Not that she was a gold digger, but rather she doesn’t question it because it’s a lifestyle she wants.

I think it is why she missed some of the red flags. He claimed to have all of this money and came from wealth. Her intention wasn’t to date him for money, but I think it may have been a distraction in her not seeing the clues.

Louisa is based on a real person. What kind of research went into the role?

One thing I did was read the article about the whole story. Then I got some coaching on the scenes and what the trajectory of the character’s story looked like and what her intention was throughout the movie. She was completely smitten with the guy, so it was about why she wasn’t seeing all the red flags.

The movie has a lot of fun twists. Is that hard to keep under wraps while you’re filming?

I don’t really consider it because they shoot everything out of order. But I try to be in the moment as much as possible and take into consideration everything that has happened before the scene I’m about to shoot.

You have a few Lifetime/Hallmark movies on your resume. What is it that draws you to those types of movies?

It’s great to start with, though I’m looking to break into something different now. If I had the opportunity to write or create something, I definitely would.

Have you ever been affected by a con or known someone who has?

I haven’t! I remember the director [Jonathan Wright] saying he had, but I’ve never been caught! [Laughs.]

I liked that the film really brought to the forefront that this is something that can happen to anyone. Do you have an idea of the impact a movie like this could have? What lessons can the audience take away from it?

I think it will help warn people and help them to look into things before they begin dating, especially if you’re dating people online or through an app. It doesn’t hurt to do a little background check. Also, trust your gut. You’ll know when things aren’t right.

There is a good time to be had watching Swindler Seduction. It’s very Lifetime in a good way, and a little camp, but overall the message of being vigilant is strong.

Yes, stay true to yourself, keep receipts, and believe your instincts.

I noticed something on your IMDB that’s coming out next year. Can you tell us anything about Relax, I’m from the Future?

It’s a badass sci-fi film! It’s about this quirky guy who comes from the future to dig around. I play this character named Holly who doesn’t believe him in the beginning, but then she goes on this journey with him trying to save the world. I saw it and really loved it. It’s a really good movie so people should watch it, and watch Swindler Seduction!

I love seeing Black women in these roles that are a little atypical.

I do too! You really don’t see Black women who are punk, right? Or are con victims. I read the script, which was written for a white woman, and it was cool to put my own spin on it as a Black woman. The same with Swindler Seduction. I don’t think the woman in real life is Black.

You love to see it!

Ripped from the Headlines: Swindler Seduction premieres October 22, 2022, on Lifetime.