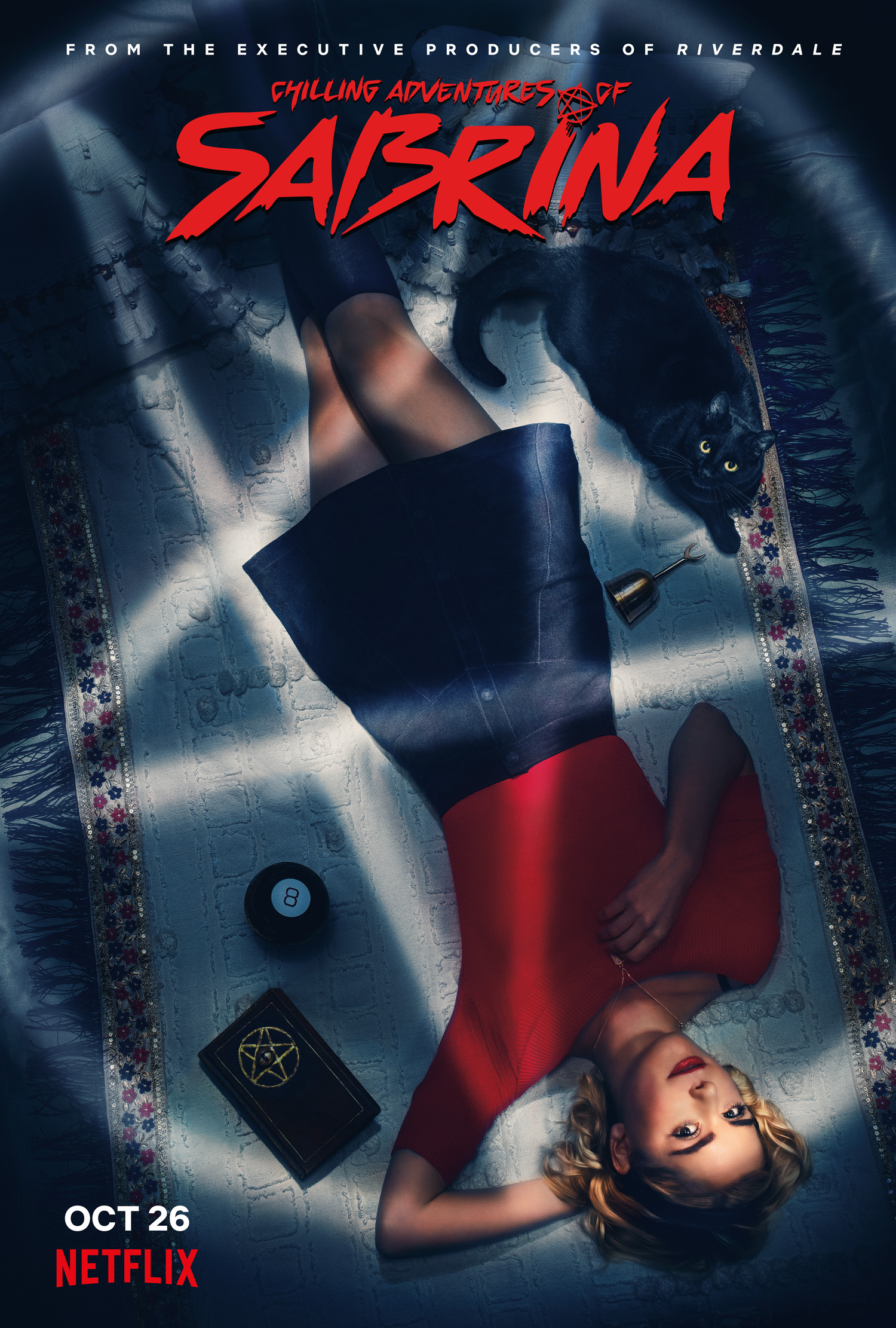 While visiting the set of Netflix’s new show, The Chilling Adventures of Sabrina, Lachlan Watson, and Chance Perdomo took some time to talk to us about gender and sexuality on the show. Lachlan plays Susie Putnam, best friend of Sabrina Spellman and fellow founder of the school’s club, WICCA (Women’s Intersectional Cultural and Creative Association). Chance plays Ambrose, Sabrina’s warlock cousin who has been on magical house arrest for 75 years.

The comic book characters are one thing, but to see them come to life on the screen have been great. Each person brings something of themselves to each character. Lachlan, who identifies as non-binary didn’t know much about Susie going in but has made the character their own.

In the show, Susie is bullied by the jocks at school for not being enough of a girl, nor enough of a boy for them to understand. It’s appalling. Luckily, Susie has friends like Sabrina and Harvey when things get really tough. The portrayal of a non-binary on screen is extremely limited in the world right now, so it’s great to see this sort of representation being tackled in the comic book genre that people love. Lachlan understands more than most what Susie is going through.

Susie’s journey is one to watch.

“It will be interesting to see how Susie grows, and it will be interesting to see if Susie grows with me. But even if they don’t, even if they stay right where they are, I think they’ve got a lot of growing to do. I think there’s a lot of growing pains to work out and just to find that, no matter who they are, they can be beautiful, and they can beautifully bad, and that they don’t have to live their life for anyone else, or in spite of anyone else. They can just be.”

“I think that’s the story that I’ve always really, really wanted to tell, is just you don’t have to be yourself for anyone other than yourself. You can just be who you are unapologetically, and that’s what I want this character to say. I guess we’ll just have to wait and see.”

Chance chimes in with his views on another type of character we don’t see very often on screen. Ambrose is pansexual. Chance’s approach to playing Ambrose was based on early talks with showrunner Roberto Aguirre-Sacasa.

“I was told at the breakdown, think Jimi Hendrix meets David Bowie. But, think David Bowie on a quiet day. So I’m like, alright alright, Hendrix, Bowie, quiet day, dope, got it! So that’s what I had to go by. I had the same breakdown you guys had, that he is a cousin who is trapped 75 years for being a naughty boy and is pansexual who loves openly and freely. That’s basically all I had to go by. And then from there, you just glitter and powder it with whatever you can — get that full script, and then you can talk about in depth with Roberto.”

As was the case with non-binary representation, pansexuality is another one we don’t see often. There are no discussions, Ambrose is who he is. The show highlights feminine power and a patriarchal society, but Ambrose doesn’t fall into either category.

“Ambrose is outside of those typical definitions because one, he’s loyal to himself and does whatever he feels like and that’s why he’s under house arrest, but two, because he’s been trapped for so long.” Chance continues, “He hasn’t necessarily lived through all of these movements and whatnot. He’s seen them, or maybe heard of them vicariously, but he’s never lived them. So I believe for Ambrose, it doesn’t really come to his mind. That’s how I try to play him and that’s how I see him, and that’s how he is to Sabrina and his aunties.”

Chance closes with the understanding of what it means to be playing Ambrose on a Netflix show.

“To have a pansexual person of color played with depth and played as a multifaceted individual, not only is that artistically satisfying, but it’s gratifying to be able to showcase that and I hope so with grace but without artistic license; a human being that’s more representative of the world we live in.”

The Chilling Adventures of Sabrina will be on Netflix starting October 26.