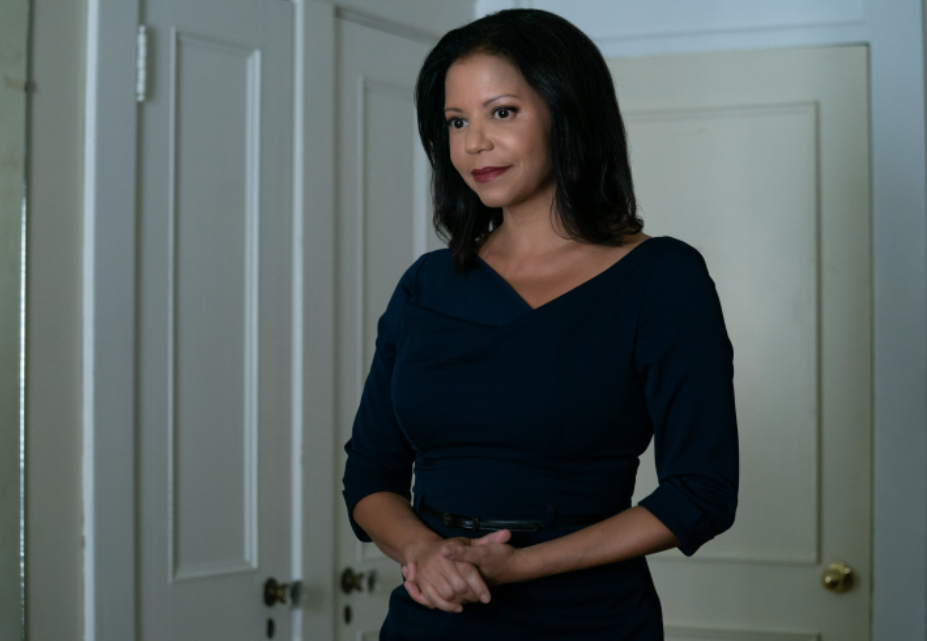 I wasn’t allowed to watch horror in the churchy home in which I grew up. Every now and again, I’d sneak and watch something I wasn’t supposed to, and the original version of Firestarter was on that list. As a young girl, it was intriguing to see a peer with powers well before the big blockbuster superhero movies found their footing. Now, Universal Pictures is revisiting the cult classic for a new generation. Gloria Reuben (ER, Cloak & Dagger, and Mr. Robot) is starring in the 2022 remake in a role that may surprise you.

The multi-talented Reuben, who’s also a singer and an author, is bringing her own flair to the well-disliked role of Captain Hollister. In this updated version of the story, Reuben acts alongside Zac Efron, Sydney Lemmon, and Ryan Kiera Armstrong to tell the story of a husband and wife struggling with their telekinetic child’s ability to start a fire with her thoughts.

BGN had the pleasure of speaking with Reuben via video chat about her role in the film, what sets the remake apart from the original, and her longevity in the industry.

Tell us about Firestarter and your role in the film.

This remake is definitely a wonderfully updated version of the original from 1984. My role is Captain Hollister. She is the head of this department in this secret government agency, whose history revolves around doing tests and experiments on people to create and then harness these talents. One of them has telekinetic talents that can be used for the country’s benefit.

It’s great to play Cap Hollister. The original was played by Martin Sheen. [Hollister is] very layered, very mysterious. I’m just shaking my shoulders because you don’t really know who she is. You know what she wants to do, and her mission is to get this little girl. It was great fun to play a role that’s very mysterious and not-so-nice.

Was it the not-so-niceness of the character that attracted you to the role?

Well, there is that, actually. When I was approached about the remake and the possibility of opening up the role of Cap Hollister to any ethnicity and gender, I thought, “Oh my gosh, this is the role for me.” The mystery and because, when I read the script on the page, there’s so much space in terms of Cap Hollister’s story.

We don’t know her history. She works where she works. We don’t know her personal life or what’s driving her. With all that space I could be very creative with Keith Thomas, our director, to create her life outside of what you’re seeing on screen. That is an actor’s dream; to create who she was on the inside and what makes her do what she’s doing now. What is her personal goal in the situation? What are her dreams? How has she been heartbroken and family and all of that stuff? It was great.

What do you feel sets this version apart from the original?

It honors the original in terms of keeping the element of the experiments for the telekinetic talents. The tie for that is still there, through Charlie, a little girl, and her parents. But it’s much more updated. Obviously, the special effects are updated, and how it’s written.

It’s very emotional. It’s a beautiful, unique combination of this deep and emotional content. It is a psychological thriller too, with the terror and suspense, but it’s not the gory kind of shock. No ax murder or horror by any means. It’s deeper than that. I’ve watched it a couple of times, and it’s interesting how, when stories are told deeper than one expects, it’s come up to me time and time again in my thoughts.

I just think about it here and there throughout my day. That is a great sign that it’s not only a good film, but it’s really something. Doing a remake can be tricky, but this one is solid. I’m very, very proud of it. I really can’t wait to hear what fans of Stephen King think about it. I know they’re gonna love it.

I’ve followed you since your days in ER. How have you maintained longevity in this business?

Firestarter was released in theaters and on Peacock’s streaming service on May 13, 2022.