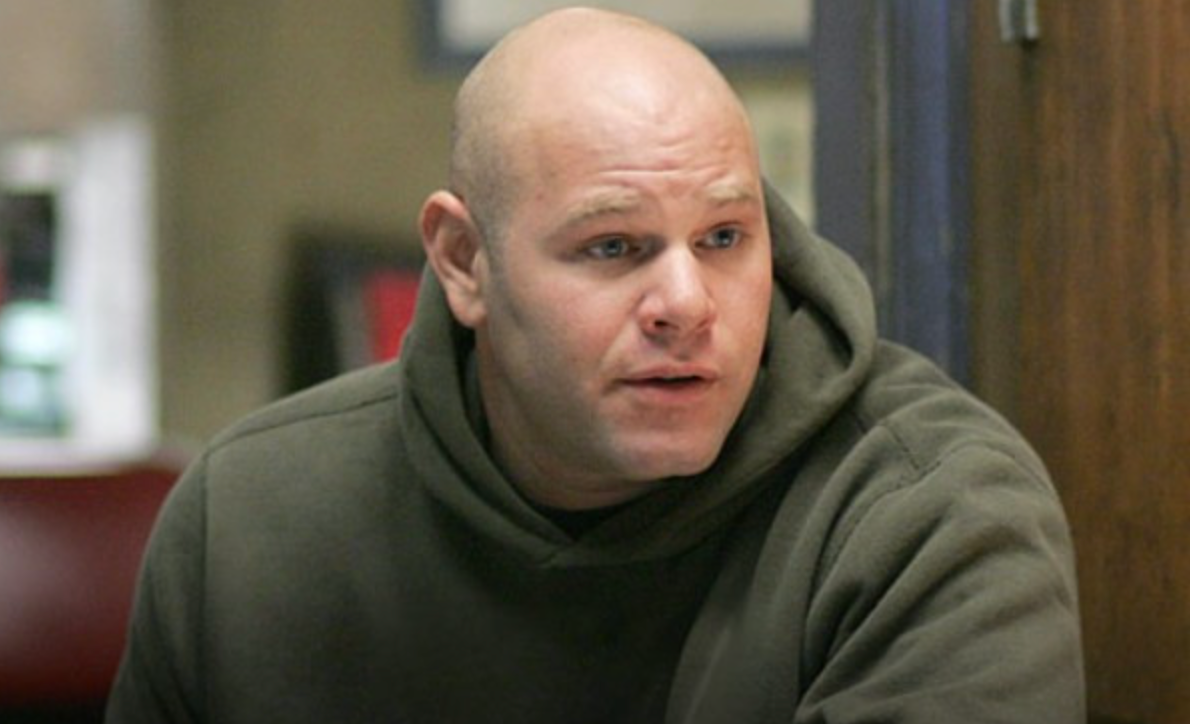 As The Wire hits its twentieth anniversary, I believe it is important to look at the many things this piece of literary fiction transposed onto the small screen gave the world: there were the Ivy League-level courses centered around its depiction of race and its interplay with the justice system; there was the fact that it was part of a Second Golden Age of Television, a time period wherein TV shows, rather than movies, became the place to see blue-chip acting and quality screenwriting; and then there was the fact that it gave us Thomas “Herk” Hauk (Daredevil’s Domenick Lombardozzi), one of television’s greatest villains who was too stupid to know he was such.

Fans of The Wire are well aware of Herc’s antics. He was the Baltimore Police Department (BPD) Narcotics Unit detective who hit first and asked questions later. For Herc, the best day was one spent putting “hoppers” against the wall and getting $25 worth of heroin off the street and into evidence. And he did this, of course, with his partner in crime Detective Ellis Carver (Seth Gilliam of The Walking Dead) and the rest of his Western District unit.

I use the past tense because those same Wire fans know what then happened to Herc’s police career. After a series of screw-ups like losing a $1,200 surveillance microphone one season, or, losing a camera and illegally attributing information to a fictional informant in another, or, in that same season, when he harasses a Black minister due to some faulty information (more on that later), Herc is rightfully canned from the BPD — which, if the show is correct, is like a demon getting fired from Hell for taking the whole “eternal torment” thing a bit too far.

Sure, Herc eventually lands on his feet working for scummy-but-skilled criminal attorney Maurice Levy (Michael Kosstroff), but this should be seen as a negative. He went from being the cop who ratted on his commanding officer’s plan to effectively legalize drugs (in order to focus on “quality arrests” and community policing) to an admittedly well-paid private investigator for the lawyer representing Marlo Stanfield (Jamie Hector) — the show’s physical manifestation of murderous, capitalistic id. But here’s the thing: I said it should be seen as a negative. Emphasis on “should.”

Herc, however, may just be dumb enough to think he’s finally won.

Herc is a villain precisely because he doesn’t know how effectively he destroys people’s lives and works toward the detriment of those around him.

Whereas the show’s outright villains like Stringer Bell (Idris Elba) or antiheroes like Jimmy McNulty (Dominic West) have a sense of self-awareness about the consequences of their actions, Herc seems blissfully unaware that, as McNulty says, “a patrolling officer on his beat is the one true dictatorship in America.” As a sworn officer, Herc has the ability to effect material changes in people’s lives. He can focus on investigations into strings of burglaries or assaults. He can actually get to know the people in the communities he’s policing.

He could do these things, but he doesn’t.

Instead, like many of the BPD officers depicted, he focuses on stats and overtime in order to make rank and retire with better pay. One can argue that these goals are not inherently bad, but it’s how Herc goes about it and who this affects that’s so upsetting.

In fact, Herc’s single mindedness and selfishness get some people badly hurt, even killed.

Season 4 sees Bubbles and Sherrod being harassed by a street punk (Armando Cadogan, Jr.), who robs and beats them every chance he can get. Bubbles looks to Herc for help, and the latter man says he’ll have Bubbles’ back. Thank god Bubbles didn’t hold his breath over that one.

Herc repeatedly dismisses Bubbles’ phone calls resulting in Bubbles and Sherrod being beaten, sometimes severely. As a result, Bubbles gives up on Herc and instead opts to rig a “hotshot” — tainted heroin meant for his tormenter to steal, inject, and overdose from. As a bit of payback, Bubbles finally gets a hold of Herc and gives him the “tip” that a well-dressed man with a town car is carrying drugs. This becomes the Black minister’s arrest that ends Herc’s career. This almost-funny bit, however, is ruined by what happens with the hotshot. Bubbles leaves it out and Sherrod, also an addict, shoots it up while Bubbles is out. This kills the young man and shatters Bubbles nearly beyond repair. All because Herc was too distracted to pick up a phone.

Of course, Herc didn’t force Bubbles to rig that shot, and he didn’t make Sherrod shoot the dope, so it’s arguable he didn’t really, actually hurt those people. Fair enough, Meanest Person in the World, but what about this: the second pair of lives he ruined were that of Randy Wagstaff (Maestro Harrell) and his foster mother.

Basically, Herc, in an effort to expedite the length of an interrogation in which he has no leverage, tries to goad a drug dealer, Little Kevin (Tyrell Baker), into thinking that someone has informed on him about his role in a murder (it’s a long story; watch Season 4 of The Wire to understand and because it’s great). In doing so, Herc inadvertently reveals Randy as someone who has spoken to the police, even though he didn’t give them any information that could land anyone in prison.

Regardless, the word gets out that Randy is a snitch, and his life is ruined for it. He is beaten at school, his home is firebombed, and his foster mother lands in the hospital with life-threatening injuries. And Randy? He gets put back into the group home system, but this time as a known “snitch.”

I’ll let you imagine how well that goes for him.

The one and only time we see Randy after this is when we see what this treatment has done to him. He’s leaner now, meaner. He’s had an education on the dos and don’ts of the street world and he’s proven to be an excellent student.

In short, Herc ruined this kid’s entire life. Or, at the very least, his adolescence.

But Herc, until Carver gives him a brief speech late in the show’s final season, remains largely unaware of the reverberations of his actions. As Carver says, “It all matters. We thought it didn’t, but it does.” (This is after the now-fired Herc says of his many mistakes, “Yeah, I screwed up. So what?”)

From here, we see Herc attempt to make amends by using his Levy connection to give police a promising lead on Marlo. It’s comes late, but it does help take a devastatingly murderous organization off the streets.

He means well, but intent is often divergent from impact, and Herc’s impact, here, is devastating.

As the show’s low-key indictment of the BPD, Herc represents the worst of what can come of a police department lacking in empathy or self-awareness.

What Herc, and therefore all cops, have to remember is: it matters.

The Wire is available to stream on HBO Max.