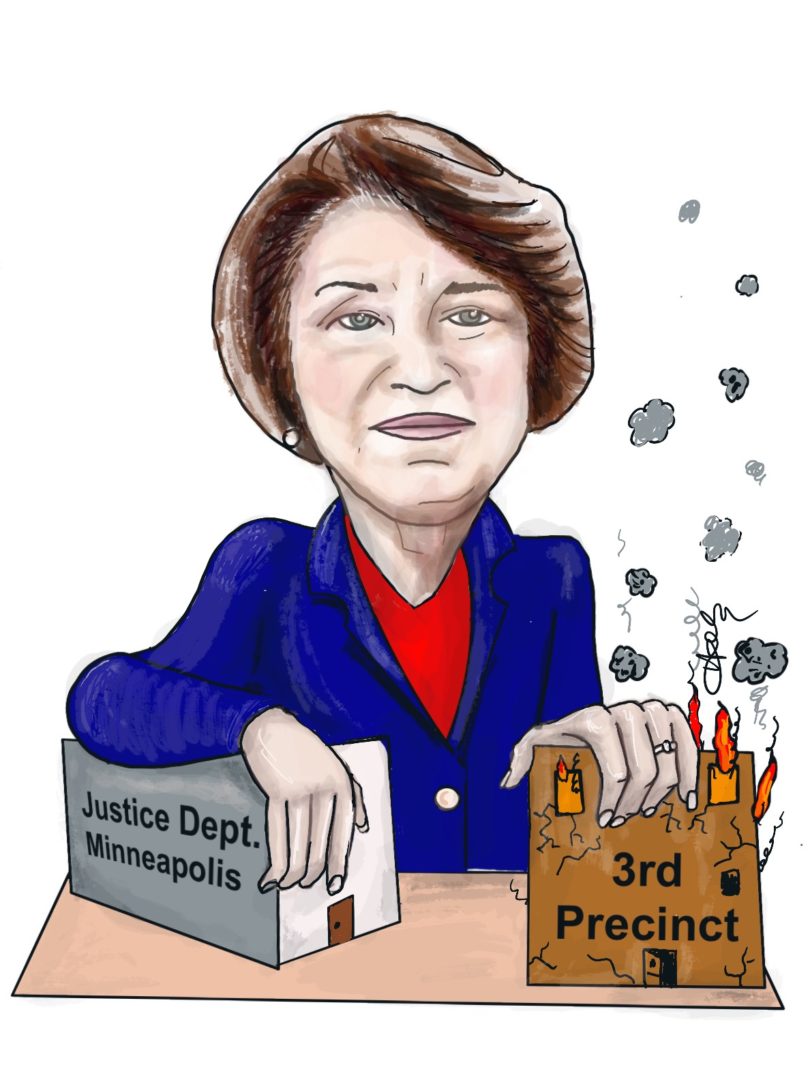 If Joe Biden picks Amy Klobuchar as his VP, he’s got a lot explaining to do.

My issue with Amy Klobuchar is not just her selling out of her supporters, which include staff, volunteers, and voters, for a career opportunity. My issue is having this woman considered for the administration in any way. She shouldn’t be on the ticket, and frankly, she shouldn’t be a senator — and here’s why.

I’m not here to paint all white people with a broad brush and say none of them value Black lives, but there definitely needs to be some accountability, starting at the ballot box. This year’s presidential election is going to be one of the most important of our lifetime. I’m sorry to say, as an open and proud progressive, for me, this is literally a choice of the lesser of two evils. Many of you probably already know my opinion about Joe Biden and his problematic record on race. Joe Biden has aligned himself with segregationists, he’s put forth and supported legislation that has marginalized and oppressed Black people and people of color,  and he speaks about people of color through the framework of poverty.

There have been several names tossed out there for Biden’s VP pick, including: Kamala Harris, Stacey Abrams, Gretchen Whitmer, Susan Rice, Elizabeth Warren, Val Demings — and Amy Klobuchar. Biden said during his last debate with Bernie Sanders that he would pick a Black woman as a Supreme Court Justice, perhaps as a way to atone for the sins he committed in giving Supreme Court Justice Clarence Thomas a pass. (Just to recap here: Anita Hill testified against Justice Thomas for sexual harassment allegations. While the Republican panel sought to discredit her testimony, Democratic then-Senator Joe Biden did little to nothing to defend Hill.)

Joe also promised he would pick a woman VP. And in Joe’s mind (because at this point I understand how this man thinks), a woman equals white. A lot of times, when white people don’t specify a race, they don’t mean any of the races — they mean white. Joe’s no different. It just better not be Klobuchar.

Remember when Super Tuesday happened? Amy placed third in the New Hampshire primary and she was polling very well in her own state. In fact, her communications director Tim Hogan, put out this tweet:

Klobuchar’s name was still on the ballot, and many Minnesota residents had already cast their early votes. (This was the case with many other candidates as well who dropped out Super Tuesday.) Klobuchar, who wasn’t polling well nationally, had a shot to win her first state during the primaries, but she didn’t take it. She decided to suddenly drop out, even when the polls were in her favor. Klobuchar had her sights set on something else — being on the VP short list or possibly being the actual VP.

As I mentioned before, it’s not just her opportunist career moves that bother me. Her prosecutorial record is also appalling.

Klobuchar has come up recently in the news due to recent tragic events of the George Floyd case. It turns out that one of the many officers she failed to prosecute when she was the county attorney in Minneapolis in officer-involved shootings was Derick Chauvin.

Chauvin, who is responsible for the death of George Floyd, Amy Klobuchar didn’t prosecute the officer at the center of George Floyd’s death. He had at least 10 conduct complaints during his time on the force. He was involved in the shooting death of a man who had stabbed other people before attacking police, as well as some other undisclosed complaints.

Klobuchar did not prosecute Chauvin and other officers involved for the first death, which occurred in October 2006 while she was running for Senate. The case was under investigation when Klobuchar took office in the Senate in Jan. 2007, and later went to a grand jury (which is a tactic she’s known best for employing to avoid direct accountability). The grand jury declined to charge the officers.

But there’s definitely more. One of the most disturbing cases that has come to light was that of Myon Burrell. In 2002, 11-year-old Tyesha Edwards was struck and killed by a stray bullet in her home. In a case that had no gun, no fingerprints, and no DNA and key evidence that had gone missing, it was nearly impossible to prosecute this case. Unfortunately, 16-year-old Myon Burrell, an innocent Black teen, was accused and convicted of Tyesha’s murder. The witnesses in the case were sketchy, coerced by police, and even reported being paid to give up names  — even if it was hearsay.

Burrell’s mother, one month after his indictment, was driving back to the city after a prison visit, when she swerved off the road and hit a tree. She was killed instantly. When Burrell asked to attend his mother’s funeral, his request was denied by Klobuchar citing he was “a threat to society.”

And this wasn’t the only case. During Amy’s tough-on-crime tenure as a prosecutor, she turned a blind eye to several officer-involved shootings in Minnesota. According to Michelle Gross, the founder of Communities United Against Police Brutality in Minneapolis, Klobuchar routinely sided with police on issues involving police misconduct. “We really could not get her to pay attention to the issue of police brutality or even to the issue of racial disparities in the criminal justice system,” she said.

Police shot and killed 25 people and four people died in custody while Klobuchar was the chief prosecutor of Minnesota’s largest county. She sent all but one case to a grand jury and none were charged.

Klobuchar has been interviewed and asked about her prosecutorial record, and all she has to offer is double speak and pivots. She offers no substantive excuse to the Burrell case other than the fact that she wanted to seek justice for Tyesha Edwards’ murder. Unfortunately, her version of justice is if you’re Black, it’s by all means necessary. She’s sadly used the excuse of Tysha being a Black victim as a scapegoat for racism, which is even more racist unto itself.

This has been a garbage year for America, and frankly for this entire planet. Aside from a pandemic that has infected millions of people all over the world and killed over 100,000 Americans, this has been an incredibly atrocious year for the Black community. It seems that every other week another racial incident goes viral involving an unarmed Black man or woman who is brutally attacked and tragically killed by law enforcement. So much innocent Black blood has been spilled, and now, during the age of social media and camera phones, we are being force fed videos over and over again of the deaths of civilians being murdered by the very people who are supposed to serve and protect them. This can certainly have an impact on one’s own mental health.

As I was trying to process and understand what happened in the deaths of Ahmaud Arbery, a Black jogger who was shot to death in his Georgia neighborhood after being pursued by two white men in a pickup truck, and 26-year-old Breonna Taylor, who while she was inside of her private residence, police came barging in and riddled her house with bullets, this past week George Floyd was murdered by a white police officer kneeling on Floyd’s neck for several minutes — the very police officer Amy Klobuchar didn’t prosecute all those years ago. This was all caught on video while Floyd himself was gasping for air, stating he could not breathe as onlookers pleading with the officer to stop as they saw Floyd’s life slowly ebb away before their eyes.

Klobuchar now apologizes after George Floyd is gone and long after Myon Burrell served time for a crime he didn’t commit. Klobuchar responds below about her regret taking cases to the grand jury instead of directly prosecuting them herself.

Maya Angelou said it best, “When someone shows you who they are, believe them the first time.” Biden currently is on thin ice with some Black voters, and given the current climate of race relations in this country and his questionable record on the Black community, it is in his best interest to make certain that Amy Klobuchar comes nowhere near the White House — and especially not only a heartbeat from the presidency.