In case you missed it, Hulu started streaming hit 90’s sitcom Living Single recently. I’m here to tell you that even after all these years, the show actually holds up really damn well, and you don’t have to be a 90’s kid to enjoy it. Let me take you through some of the reasons why you need to set aside a weekend and binge-watch the hell out of Living Single. 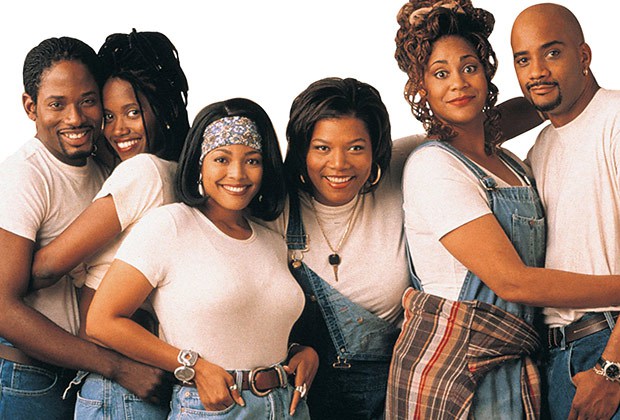 When you take a look at sitcoms that run for more than a season or two, you’ll usually find common elements, and one of these is a strong cast. Even if the writing gets lazy or the premise grows weak, a lot of the audience will stick around if the right main characters are together. Shows like Friends, Will & Grace, and The Fresh Prince of Bel-Air are shows that lasted a long time and have stayed in the public consciousness because of their memorable characters and skilled actors in the roles.

Living Single depicts people, not just characters. Each of them is a whole person who has a belief system, goals, strengths, and weaknesses. Each character is faced with problems that the average person has to deal with in their own lives. They have to worry about rent, employment, city living, dealing with sexism, dealing with racial bias and prejudice, and simply clashing with each others’ personalities as they continue to interact. Moreover, it’s done in a way that’s surprisingly not that outlandish, compared to other sitcoms where the main characters are relatively well-off white characters living in New York.

The strength of Living Single is the fact that these characters all create problems and solutions simultaneously just by existing around each other. Natural conflict arises and is resolved, and each instance creates something different that ripples throughout the show, affecting the characters over time. Living Single managed to keep each of its characters true to themselves but also let them grow and change. 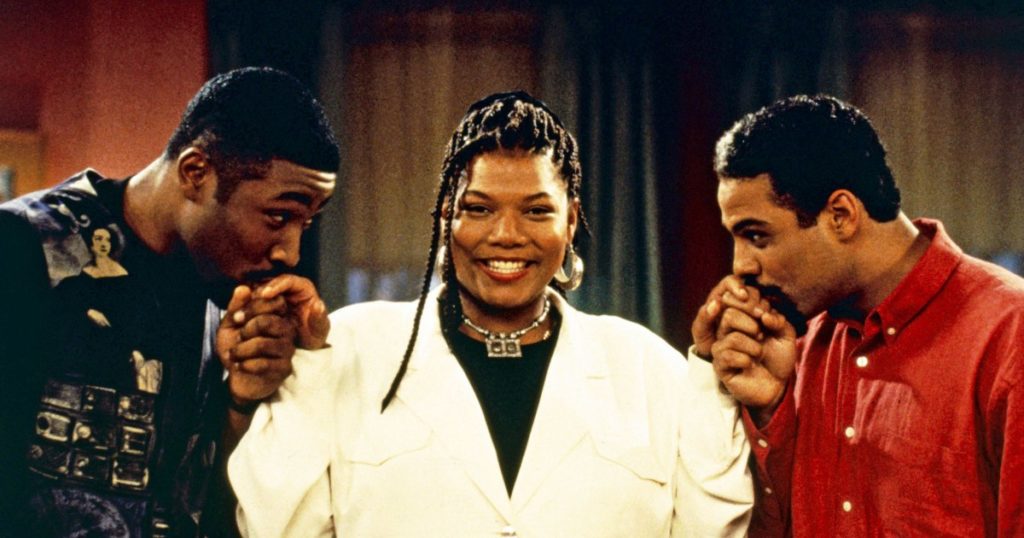 One of the leading reasons some Black media doesn’t hit mega-success is that people who aren’t Black often have this stigma in their minds that they won’t “get” the media. Sometimes it’s true that Black media will go over the heads of certain people. My dad always uses the example of going to see the unforgettable Undercover Brother in a packed theater of both Black and white people. It was very obvious what jokes landed with both races and which jokes only landed with the Black people in the audience. However, Living Single hits the perfect note because the entire show isn’t based on racialized humor or experiences. 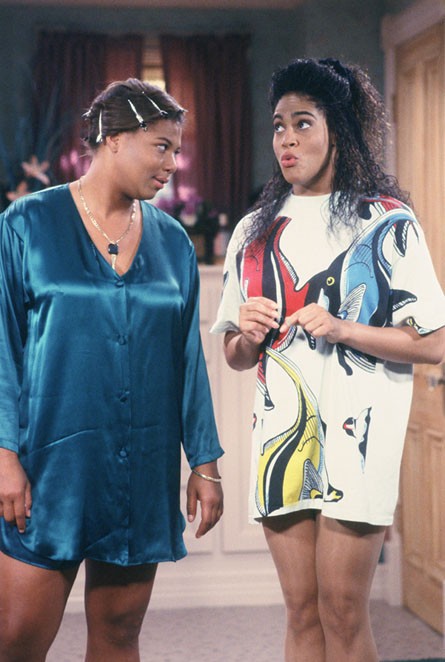 The Token Black character in fiction is written by a non-black writer who creates a Black character that relies on stereotypes and habits that they perceive Black people have rather than ones that are accurate or true. One of most negative examples of this trope is when the Black character is the comic relief in a cast of non-black characters and engages in some stereotypical behavior for cheap laughs. Living Single avoids the trope quite nicely, not only because the entire cast is Black, but because the show isn’t solely based on race. [Editor’s Note: And a writers’ room that was led by Executive Producer Yvette Lee Bowser, a talented Black woman.]

Living Single is about this group of people surviving the various perils of living in Brooklyn, whether career-based, romance-based, or personality-based. It’s a comedy, but it didn’t shy away from subjects that make people think like homosexuality, sexism, settling instead of fighting for what you want, unwanted pregnancies, just to name a few. Because the humor and experiences are so organic, it doesn’t give off a vibe that, “You won’t get this if you’re not black.” 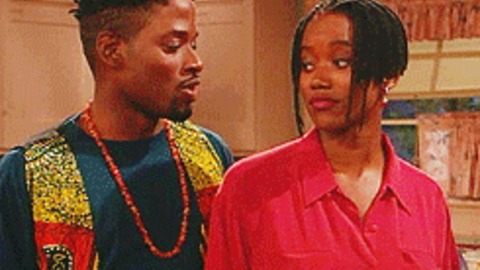 I really found myself enjoying how many different personality types and goals are mixed in with the crew on Living Single. We have Khadijah James, a magazine editor-in-chief (Queen Latifah), Overton, a handyman (John Henton), Kyle Barker, a Wall Street trader (T.C. Carson), Maxine Shaw, a lawyer (Erika Alexander), Sinclaire James, a secretary (Kim Coles), and Regine Hunter, a boutique buyer (Kim Fields).

It’s such a relief to be able to see this from a cast of all Black characters. Each of them (mostly) likes what they do and have the skill set to pull it off. We get to see the white collar side of things from Kyle, Max, and Regine’s perspectives while they contrast with Khadijah, Sinclair, and Overton’s more blue-collar perspective. They naturally butt heads, but they also support each other even when they disagree about how things should be handled.

For example, Max, Regine, and Kyle are all incredibly high strung, borderline rude, and very selfish, but because each of them is a three-dimensional character instead of just the blanketly mean people out of the group, they are still enjoyable. The show delves into what makes each of them that way and it shows many moments where they stop being so mean and actually support their friends.

What are you waiting for? Why are you still reading? Grab some popcorn, neglect your family, and go binge-watch Living Single, one of the best sitcoms of that lovably goofy 90’s (“kind of wooorld“). You’ll be glad you did.

By Kyoko M. Kyoko M is a USA Today bestselling author, a fangirl, and an avid book reader. She has a Bachelor of Arts in English Lit degree from the University of Georgia, which gave her every valid excuse to devour book after book with a concentration in Greek mythology and Christian mythology. When not working feverishly on a manuscript (or two), she can be found buried under her Dashboard on Tumblr, or chatting with fellow nerds on Twitter, or curled up with a good Harry Dresden novel on a warm Georgia night. Like any author, she wants nothing more than to contribute something great to the best profession in the world, no matter how small.