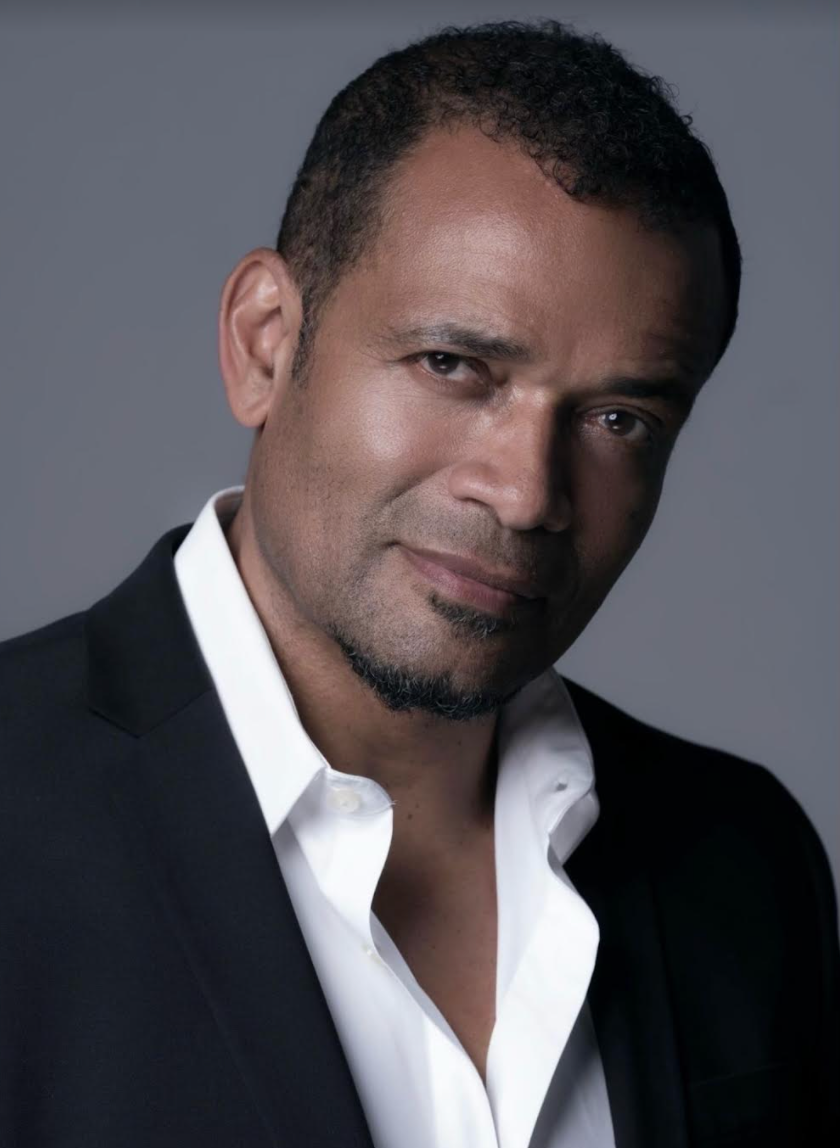 Polymath Mario Van Peebles is not a man who shies away from his family legacy.

Other people might look to downplay the accomplishments of their parents or grandparents to highlight their own successes, Van Peebles doubles down on noting the advice and tutelage offered to him by his father, film auteur Melvin Van Peebles.

During our Zoom interview, I asked Mario how and why he ended up majoring in Economics rather than filmmaking, after positing his own experience working with family money to create films and shorts, he also offers “what Dad had kept saying to [him],” namely that there is a need, especially among people of color, to know not only how to spend money, but how to invest and grow it.

Quoting his father, Mario states: “‘[we] know how to play ball, but we don’t know how to own a team.’” To continue this theme of owning rather than avoiding family legacy, Mario remarks that he is currently working on a book about the advice his parents gave him throughout their lives.

Talking to Mario Van Peebles is an interesting experience thanks to this perspective that simultaneously looks to the past, the present, and the future.

When he elaborates on why he studied Economics, he explains that it is also due in part to his belief that American chattel slavery shifted from a predominantly physical institution into one of financial constraint. Again quoting the late, great Melvin Van Peebles, Mario states he wanted to “exist without becoming a modern-day slave,” people who “weren’t in chains; they’re in debt.”

From here, I am interested in learning more about Mario himself. As interesting as the ancestors are, I’m always interested to learn about the offspring.

Mario and I discussed his film and television career before he became attached to his first major feature-length film New Jack City.

Van Peebles got his start, of course, watching his father work. He likens this in-home education to growing up on a family farm: “You learn a little bit about taking care of the horses, feeding the chickens, plowing the fields.” For Van Peebles, however, the homestead is not a ranch, but a house of independent filmmakers, a home wherein one must know every aspect of the artform from the technical and laborious to the creative and artistic.

From here, his first independent film, one that he had financed himself, had his sister’s poor dating habits as its basic subject matter. Like many independents, Mario wrote, directed, starred, and even did the rigging himself. This first flick taught him, most importantly, “discover yourself.”

Of course, no amount of self-discovery can replace being seen by someone more influential, and once Stephen Cannell saw that Van Peebles had talent in front of and behind the camera, the producer asked Van Peebles to direct a few episodes of 1988’s Sonny Spoon, a police procedural also starring the young filmmaker.

From 1988 to 1991, Van Peebles would not see an end to the opportunities presented to him. During these years, he either directed or starred in everything from 21 Jump Street to CBS Schoolbreak specials.

When I ask how he felt about these years wherein he wore various filmmaking hats, he says simply, “It was dope.”

He learned the truth of something his father had told him: “Good allies come in all colors; don’t leave love on the table.”

Besides working with Cannell, someone who would become one of Van Peebles’ mentors, Mario also worked with Clint Eastwood on the film Heartbreak Ridge. There, the Hollywood veteran showed the young Van Peebles, acting techniques and also let Van Peebles write songs for the score, took him into the editing room, and introduced him to the powers that be at Warner Brothers, a meeting that would eventually land Mario the New Jack City gig.

When we turn to New Jack City, Mario jokes that he got the job because “maybe Spike Lee was busy,” but they needed an up-and-coming Black director.

In that film, Van Peebles put his years of filmmaking experience to good use. He had been an actor/director on sets before, and he enjoyed the experience. “It’s a nice dynamic to be the doctor/patient because you have a more articulate bedside manner.” He’s at the forefront of the action, and he can know up close and personally what works, what doesn’t, and what marks his actors need to hit.

His previous mentorship under his father, Cannell, and Eastwood had helped him see that filmmaking is a collaborative experience, and he wanted to make sure everyone was comfortable to create a film with as important a message as New Jack City had. “I didn’t wanna ask someone to do what I wouldn’t wanna do,” he says. This filmmaking version of the Golden Rule seems to be another of the lessons experience and expertise have taught Van Peebles over the years.

Nearing the end of our conversation, we discuss the impact New Jack City has had on him and others. When he began the film, he says, he wanted to do a gangster film that, unlike Scarface and The Godfather, showed the gangsters’ victims, especially in the Black community. “If you don’t put a face on the victim,” he says, “you have a victimless crime.” After the movie’s premiere, Van Peebles jokes, people were coming up to him swearing they wouldn’t try drugs of any kind whatsoever.

Noting that there is an American Cinematheque showing this April, Van Peebles discloses his excitement. The film’s message is large, and even the biggest television might not be grand enough to capture its scope.

Finally, when I ask Mario what advice he has for young Black filmmakers, it seems like he continues his tradition of receiving knowledge and paying it forward.

His advice ranges from the practical, like “get the best cast you can,” to the moral, as in, when it concerns representation, “you don’t wanna sell a lie.” He tells me what his father told him: learn by heart Rudyard Kipling’s poem “If -“. He says to make the film you want to make, but to remember that “[w]e affect people with our stories about us.” Black attempts at representing of ourselves in film, television, and other media might not always be perfect, he says, “but at least we’re trying.”

In the end, it seems that Mario Van Peebles gives advice to the new generation based on his life and the lives of those before him. Whether one is creating a film as era-defining as Sweet Sweetback’s Badasssss Song, as iconic as New Jack City, or as groundbreaking as something like Black Panther, one must remember they are setting a precedent. “You can show how you want them to be, or you can show them as they are,” he says. “But know this: when you show us as something positive when you show us as something winning…kids wanna lookout and be a superhero because they wanna be a winner.”

Quoting Malcolm X, Van Peebles says, “I’m a fan of whoever tells the truth.”
New Jack City can be viewed on April 9, 2022, in Los Angeles as a part of American Cinematheque’s “Perpetratin’ Realism” series