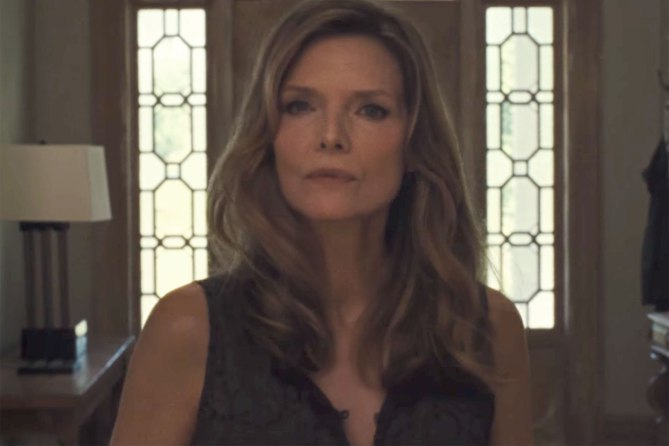 Michelle Pfeiffer rises above all to give one of the best performances this year, in Darren Aronofsky’s new film, mother!

The idea of pairing Jennifer Lawrence with an actor twice her age made me cringe. Then finding out Michelle Pfeiffer is involved left me confused. Before knowing what mother! was about, I figured the an older actress must be a motherly figure to Jennifer Lawrence’s character (Awful to think I know). Thank god that’s not how things play out. In fact, Aronofsky gives Pfeiffer an opportunity to shine in her own right by not pigeonholing the actress into something overtly predictable.

As the living embodiment of Eve (yes, that Eve), Pfeiffer says all the right things to make you fall in love with her character. Look at this exchange between the two actresses and tell me if that’s not the sexiest thing.

When writing about film, sex appeal is something that rarely interests me, unless it’s a character attribute, and my goodness does Michelle smolder on screen. Her character is confident, and not afraid to flaunt her god-given gifts!

As critic Kristen Lopez points out…

She makes side eye a terrifying artform.

TRUE! Every time she cut her eyes at Jennifer Lawrence in a scene, I felt the shade deep within my soul.

There's a lot to debate about #MotherMovie. But unquestionable: Michelle Pfeiffer is phenomenal. As al-fucking-ways. pic.twitter.com/5bkylFOiwl

Maybe I’m rolling in the wrong circles and I’m missing the discourse. There is so much talk about the story, and the controversy, and the age difference, and Jennifer Lawrence, but where is the love for Michelle?! If there are any chances for an Oscar, they should be reserved for her performance. Even Lawrence mentions in an interview with Vanity Fair this may be the best performance of Pfeiffer’s career. For once, I agree with the actress on something.

I can’t force you to see mother! but if you do, you have it on my authority that Michelle Pfeiffer steals the show.