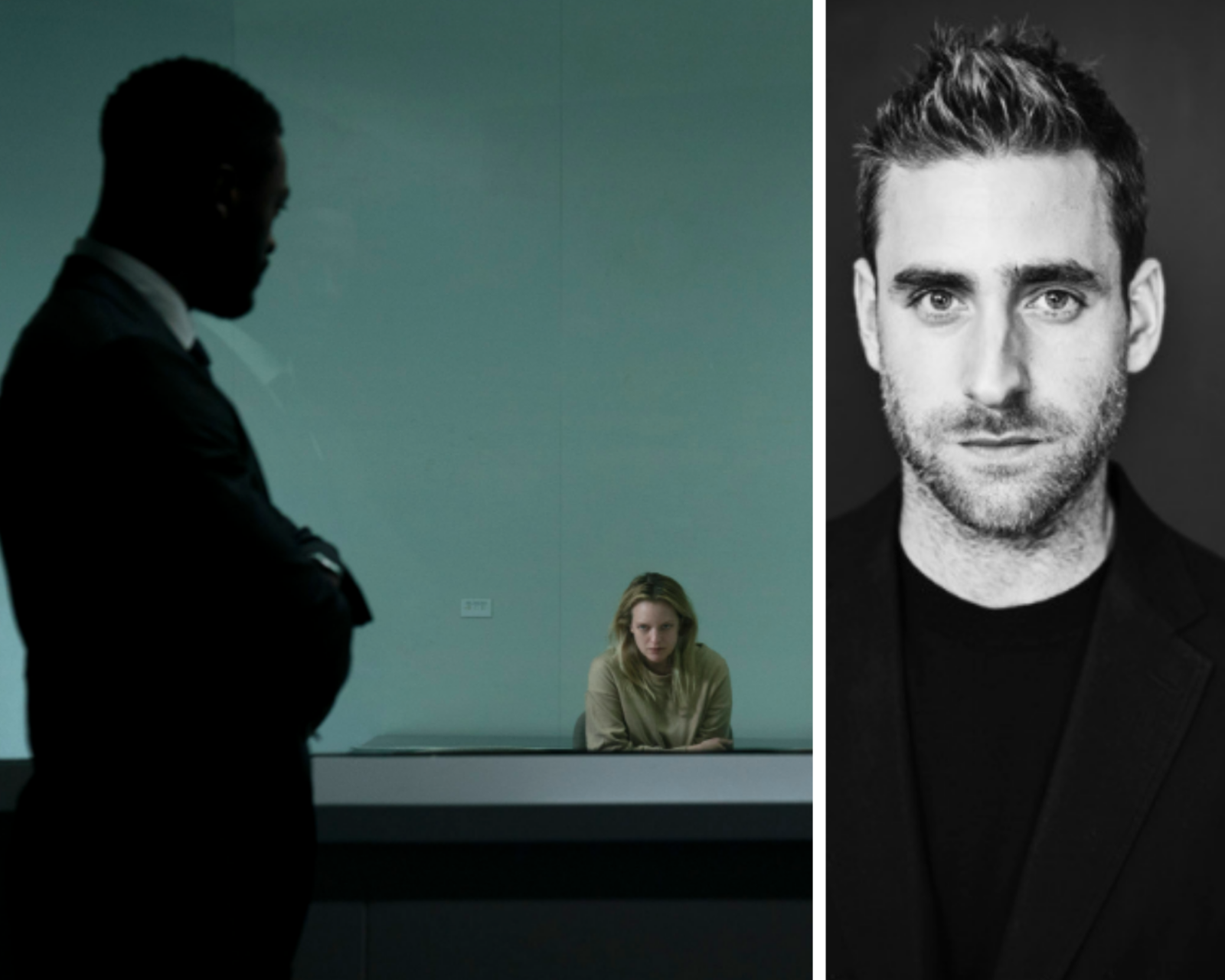 What you can’t see can hurt you — when Cecilia’s abusive ex (Oliver Jackson-Cohen, Netflix’s The Haunting of Hill House) commits suicide and leaves her a generous portion of his vast fortune, Cecilia suspects his death was a hoax.

As a series of eerie coincidences turn lethal and threaten the lives of those she loves, Cecilia’s sanity begins to unravel as she desperately tries to prove that she is being hunted by someone nobody can see.

During the set visit for The Invisible Man, BGN interviewed Oliver Jackson-Cohen about his complex and a psychologically terrifying role in the upcoming Universal Pictures thriller.

Can you tell us about your character?

I play Adrian Griffin, who is in a relationship with Cecilia Kass played by Lizzie Moss. They’re in a fairly abusive relationship, so she escaped. He’s doing everything he can to destroy her life. So that’s who I play. This is such a genius kind of story, that they’ve done with this property. The only way to do it is to completely turn it on its head. Leigh [Whannell] wrote such an incredibly solid script. Telling it from this woman’s point of view, these relationships are incredibly dangerous and toxic. To look at it from that point of view and basic immorality is genius.

How important was it the fact that he’s rich?

Hugely important. I think that Leigh said, when first having conversations, it’s the ultimate power to be invisible, if you actually think about it. The other day, I was sort of, you know, you do that weird thing, when you’re on your own. And you’re like, you’ll have a conversation with the air. And I did think, What if someone was sitting in that chair? There’s something inherently terrifying about that. For someone like Adrian, it’s the ultimate power. It’s his grip on reality.

It’s a very probable story that is quite timely as well. And I think approaching it, and specifically with this abusive relationship and how it isn’t necessarily physically abusive — it’s an emotional one. I think that’s something that speaks to so many people because we’ve all been in or witnessed friends that go, “Oh, that’s right, that someone said that to you.” You can rationalize it in a way. And so it’s about women getting out.

Was there any direction to play Adrian as a vaguely empathetic or sympathetic villain as a means of making him a bit more manipulative?

I think that the way that Adrian operates is someone that was so broken beyond repair, and so was just in desperate need of help. There is a degree of Adrian that could play that, knowing full well exactly what he’s doing. So the whole thing is about manipulation. That’s very true, again, of these relationships. You watch all these documentaries on women who stay and some men as well stay in these relationships and why they keep on going back. It was really interesting that there was this woman who was interviewed, and it sounded horrific what was going on in that particular relationship. And she said, “Every time I would go and say, ‘I’m done,’ he would cry. And it would hook me back in because I didn’t want to see him so broken.”

And it’s all a tactic. So what’s been interesting with this is, this playing around with how much manipulation. How much lying can you get her to believe in?

Do you feel a responsibility to make that as realistic as possible, given the realities and with the research that you’ve obviously seen as to how dangerous that level of manipulation can be?

Oh, yeah it’s terrifying. A lot of the stuff that we shot, particularly the beginning, is so disgusting. People are doing this this minute, they exist. We all have come in contact with people like this throughout our lives. I do think that there’s is there is something important about portraying that honestly and putting that out.

How are you balancing those emotions, adrenaline, hitting your cues, when it’s genuine, but also reacting to that energy?

It’s quite hard, but I think that, specifically with playing a villain, you have to find a way in where you’re not judging them. I can’t put a judgment on Adrian. I have to find a way to rationalize Adrian’s behavior. I think that we all have this. No one ever likes to talk about it, but we will have this desire for power and this desire to destroy, and we all have these other human desires. It’s just about tapping into that. And going with that, it’s quite scary.

Did you do a lot of work in prep or rehearsal while working with Leigh?

I was in London, so we would have these conversations over Skype. He’s just been incredible. His energy on set is unbelievable. We will do these things on every production that we do, but genuinely, this has been the most fun I’ve had in a very, very long time. Have you guys sat with Lizzie [Elizabeth Moss]? She’s brilliant. She is so funny. And, you know, of course, she’s pretty good at acting. It’s just been such a nice environment. Everyone’s been working together. Which is nice.

Are there things you’re picking up from Elisabeth Moss as an actor?

What’s so interesting about watching her as an actor is her level of confidence. Not in any way arrogance or anything like that. She’s incredibly humble. But the level of trust that she has with herself — she just kind of comes in and switches it on and switches off and it’s incredible to watch. There is such a degree of confidence and again, not in an arrogant way, but a confidence that she can deliver whatever she has to deliver whenever she has to deliver. And it’s it’s incredible to see.

Check out the latest trailer for The Invisible Man below. The film opens in theaters nationwide February 28.