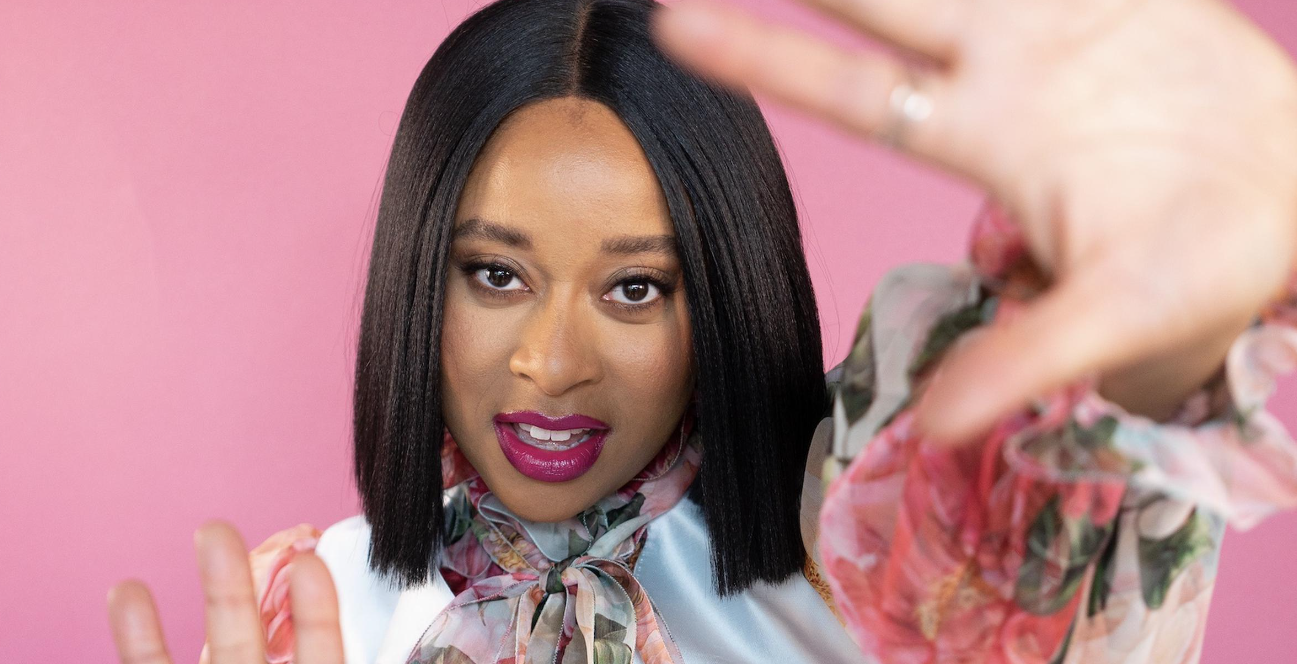 Black female writers are moving to the forefront of creating and running the shows that entertain us, especially in the arena of comedy. We’ve seen the rise of Robin Thede, Quinta Brunson, and Issa Rae, just to name a few. Now, you can add Phoebe Robinson, New York Times bestseller and co-creator and co-host of the 2 Dope Queens podcast/HBO series to that list.

BGN had a video interview with Robinson about her journey from author to executive producer, the many hats she wears to support her show, and the pivotal role 2 Dope Queens played in her most recent accomplishments.

Where did you get your sense of humor and what helped you develop it?

I’ve always been a sarcastic kid. I’ve always liked to look at the world with a humorous lens. I watched a lot of sitcoms growing up like Martin, Living Single, Seinfeld, Friends, Moesha, even TGIF. I was out here watching Family Matters and Boy Meets World. I’ve had such a love of comedy. I honed that craft with stand-up and my writing and my books.

How has the journey of turning your bestselling book Everything Is Trash, But It’s Okay into a series been?

I started working on Everything’s Trash with my showrunner Jonathan Groff, who [was the showrunner for] Black-ish and Happy Endings and a bunch of other shows. We started working together in the summer of 2019, so it’s been a three-year journey. TV is very slow. It’s a practice in patience. As an impatient person, I had to learn a lot and grow. It’s been such a collaborative experience, and there are 220 people in the crew. The cast was amazing. All of us were first-time series regulars, so it was cool for us to all have this very shared special experience together.

[I] created the show, I’m head writer, actress, executive producer, so I have a lot of responsibility, a lot of wearing multiple hats. It’s really exciting because I’ve been doing stand up for 14 years and that’s a solo experience. Writing books has been a solo experience. This has been the most collaborative, creative endeavor I’ve ever done in my life. It’s so amazing when you get like-minded people, but [they’re] still from completely different backgrounds and situations and you can create something full of love. So with this show, Everything’s Trash, I recognize that the world is a stressful place. I wanted something that felt joyful, and funny, that has lots of heart. The notion that comedy shows have to make a point and can’t make people laugh…no, we can have fun and talk about things, but still walk away at the end of the episode feeling good and happy.

Tell us about the show and the role you play.

Jonathan and I wanted to figure out what we wanted the show to be about and stick to that. So many shows with women leads, it’s about, “Am I gonna get married? Am I gonna have kids?” And blah, blah, blah. There’s more to a woman’s identity than being someone’s wife. Because this show is partially based on my life, I wanted the key relationship in [the] series to be the relationship between Phoebe and her older brother, Jaden. [I wanted to] have this be a love letter to my relationship with my brother and also show different kinds of love outside of romantic love. Sibling love isn’t celebrated enough. I love my brother.

In my generation, if I had said some of the things you say, the way you say them, the elders would have been pearl-clutching. Where did you find the courage to buck the system?

I wouldn’t call myself an instigator. It’s more like I know this is how things have always been done. We’re all supposed to speak a certain way, but why is that? Why can’t we challenge that? Why can’t we have fun with that? I wanted to have that energy within the show. There’s so much pressure for people, specifically for Black women, to behave a certain way, to fall for the trap of respectability politics. I always felt like that was just under the white gaze, and I really want to have different kinds of Blackness on the show. We have the Black beta nerd, we have the messy girl who’s trying to figure shit out, and I think all that’s valid and interesting. I like exploring that stuff and pulling back the curtain a little bit and saying, “Yes, I know we’re all supposed to do X, Y and Z, but do we have to do that? Can we make fun of the things that we’ve been taught to believe? Let’s go for it.”

Can you identify a pivotal moment in your career and the role it played in bringing you to this most recent accomplishment?

2 Dope Queens is instrumental in my career in so many ways. I was doing standup for a while, and I was submitting writing packets for all these late night shows. I really didn’t want to write for anyone else but was like. “This is what I should be doing.” Then with 2 Dope Queens, I wanted to follow my comedic voice and instincts. We would book the guests, I would sit around in editing sessions, and then when we did the HBO show, I learned how to be a producer. All those things informed me. I got the production company through ABC Signature because of 2 Dope Queens. They were such fans of the series. [They asked] if I would want to create shows, and I was like, “Yeah! I thought I’d be doing this later in life. Oh yeah, let’s go for it now.”

I feel like everything always informs the other stuff. Writing the books on deadline have taught me how to be able to write scripts on deadline and not want to tear my hair out. It all plays a part and nothing gets easier. I just feel I’ve gotten stronger and I’ve been able to handle more. I’m grateful for even the shows that I’ve worked on that didn’t go anywhere. You spend a year, you think, “Why do you spend a year working on that for it to get turned down?” But, it teaches you about disappointment and how sometimes you can spend a year or two or three or four or five on something, and it doesn’t work out. But that’s okay. You don’t have to feel like you’re a failure. It’s all a part of it.

Everything’s Trash premiered on Freeform on July 13th, and new episodes are available every Wednesday at 10 PM EST. If you don’t have access to Freeform, don’t fret. Episodes are also available on Hulu.