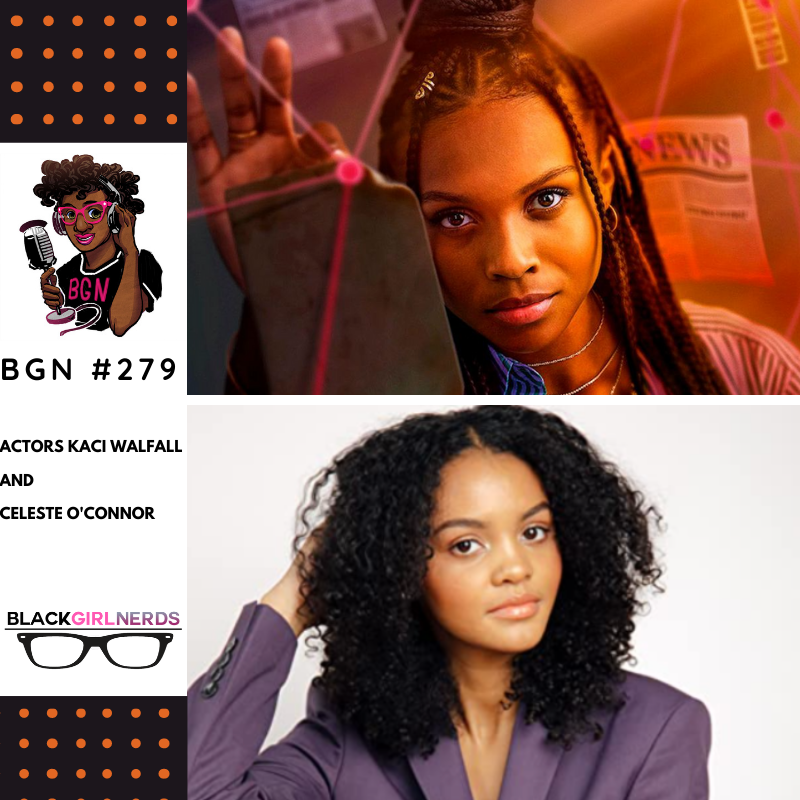 This week on the BGN podcast, in this two-part episode, we welcome actors Kaci Walfall and Celeste O’Connor.

Segment 1: Kaci Walfall is an actor, known for Person of Interest (2011), The Equalizer (2021), and Naomi (2022). Walfall made her Broadway debut at age 9 as Young Nala in The Lion King, and at age 11 she originated the role of Lavender in the first national tour of Matilda. Previous TV credits include CBS’ Person of Interest, Starz’s Power, and a recurring role on Lifetime’s Army Wives.

Segment 2: Celeste O’Connor can most recently be seen in the hit film Ghostbusters: Afterlife, directed by Jason Reitman. Previously, O’Connor starred in a lead role opposite Vince Vaughn and Kathryn Newton in the Blumhouse feature Freaky. Born in Nairobi, Kenya, and raised in Baltimore, O’Connor is currently a senior at Johns Hopkins University majoring in Global Public Health and Pre-Medicine. They recently started a photography and styling business called Pedestal.