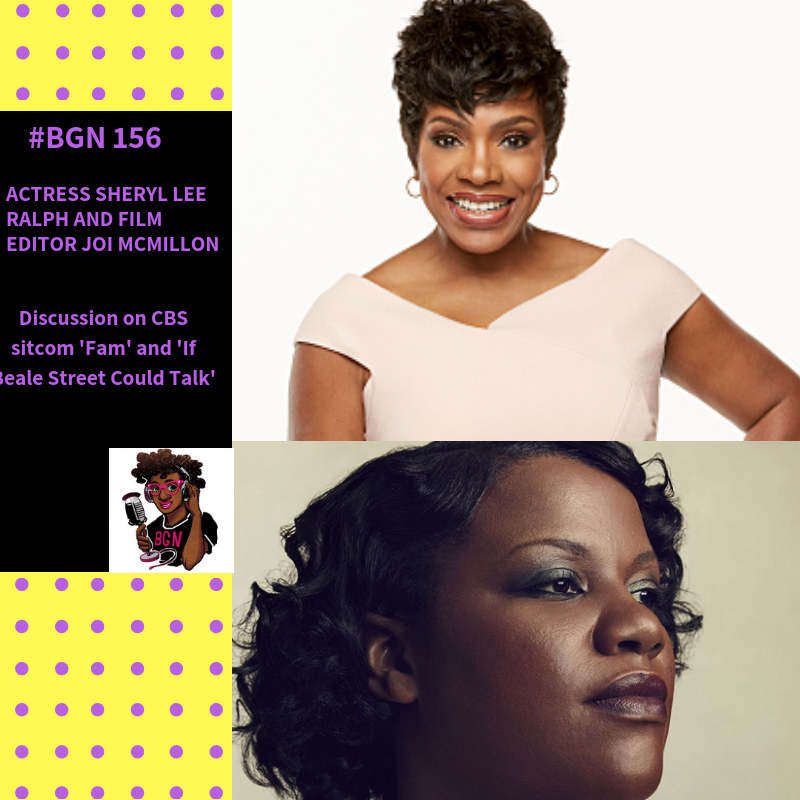 This week a new series on CBS is scheduled to premiere called Fam, bout a woman whose vision of a perfect life with her adoring fiancé and his wonderful family is radically altered when her 16-year-old, out-of-control half-sister unexpectedly comes to live with her. Sheryl Lee Ralph plays the role of Nick’s mother Rose.  Sheryl Lee Ralph has a long career that has spanned over many years in TV, film, and theater.

Segment 1: With an illustrious career in film, TV, and theater, acting veteran Sheryl Lee Ralph joins us to chat about her new CBS series ‘Fam’ which makes it debut this week.

Segment 2: Film editor Joi McMillon who worked on one of the most critically acclaimed films of 2018 ‘If Beale Street Could Talk’ chats with us about working on the movie which earned Regina King a Best Supporting win during the Golden Globes telecast.