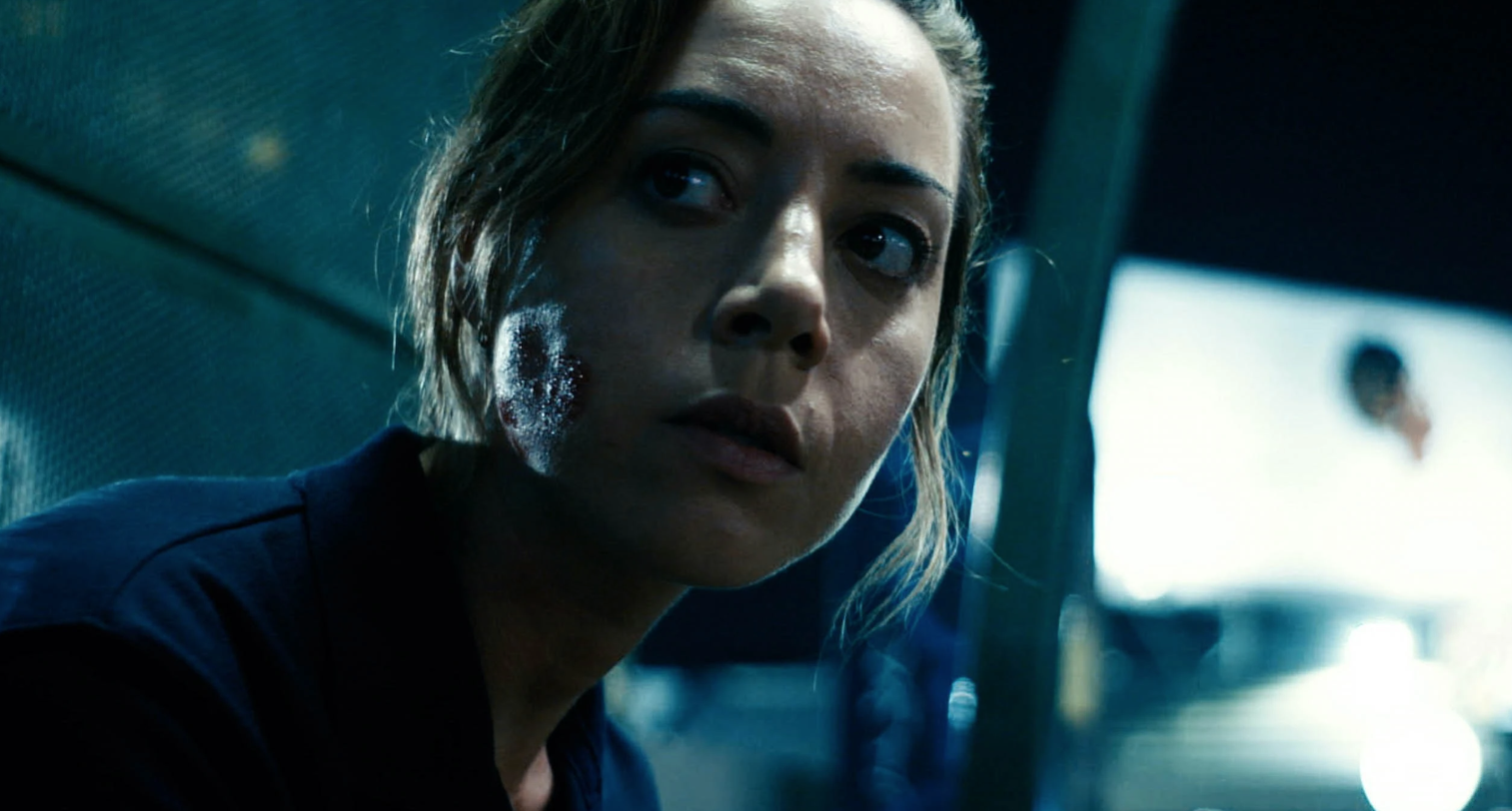 For Hispanic Heritage Month what better way to celebrate the diversity and richness that our cultures have to offer than by watching them on screen performing their magic? This time around we have the funny Aubrey Plaza playing a more serious role than we have seen her in as the titular character Emily in Emily the Criminal.

Plaza has played her share of exciting and outrageous roles. Each one is able to capture her range and outstanding abilities in comedies. Take her brief role in 30 Rock as an excited page, or who among us can forget her deadpan comedic performance in Parks and Recreation? Truly, there seemed to be no role she couldn’t convince me of — well, that was until her performance in this film.

In this crime drama, Plaza, in the title role, takes on a character unusual for her. There are aspects that she performs well, while other times she fails to deliver the more obvious response that the scene asks for.

Emily is an art school dropout who can’t seem to catch a break. In the film’s opening scene, Emily is in the middle of a job interview when she clumsily tries to answer her hiring manager’s questions about her criminal record. She speaks in half-concealing truths to try to show the events in a different light, but her attempts fail. The manager informs her that he is holding her background check in his hand and tells her that truthfulness is part of the position. Emily, rightly so, turns it around and asks why he hadn’t simply told her that he had her criminal record in hand instead of allowing her to believe they were uninformed of her past.

Such interview tactics are par for the course in modern society. Where even the most minor of infractions can prevent someone from earning a decent living after paying for their criminal actions. Emily, drowning in a mountain of school debt, works in the food industry and lives with a few roommates. Her life seems to be headed in a direction that she never wanted to go. Faced with a dead-end job, no benefits, and no solution in sight, she continues to search for something better.

By happenstance, a coworker calls her to cover his shift. In return, he offers her an opportunity to make some extra cash. With no other prospects in sight, she reluctantly accepts the opportunity to learn more about this other job she could do on the side.

This is where Plaza’s acting chops are challenged. While she gives the vibe of someone who is struggling to make ends meet, she fails to deliver that sheer fear and uncertainty that the situation deserves. She instead appears comfortable headed into a building where they photograph her and refuse to answer any questions.

While at the nondescript location, she meets Youcef (Theo Rossi), who informs a group of people, including Emily, of what kind of job they can expect and if they have any reservations to leave now before anything happens. To the film’s credit, this is where the plot suddenly becomes more interesting.

Credit card fraud is the name of the game, and they can earn a bit of money in an hour by doing this. With few options available to her, Emily decides to take control of her life and see where it leads.

The film has an interesting premise: What options are available to someone with a checkered past? The social commentary is at the very least thought-provoking and is only boosted by its rating on Rotten Tomatoes.

While Emily is working on her adventures with credit card fraud, she is also trying to land a well-paying position and move her life forward, if that is even possible. Her glamorous supermodel friend Liz (Megalyn Echikunwoke) tells her that there is an opening for the company that she works for. Emily, excited to leave her life of crime, accepts the interview. It is in this interview for a competitive position that Plaza’s skills really shine.

In the duration of the interview, Emily is informed that the position has no benefits, requires workers to work a regular 40-hour work-week for several months without pay, but will later provide the opportunity to apply for a possible paying position. Since I’m someone who has applied for positions and was later informed that one of the benefits of the job was being able to apply for food stamps, this film hit close to home.

Emily, in her well-thought-out way of speaking, justly explains directly how anyone could be comfortable asking someone to work for them for no pay. This scene can only be understood through its clip here.

This is where the film intersects with capitalism and a specific kind of women in positions of power (those who believe in climbing the corporate ladder and pulling it up after them). While perhaps being a well-meaning female CEO, Alice (Gina Gershon) with a highly prestigious position to offer might be unaware that these terms are unrealistic for other women who are struggling to make it. This movie presents a real issue in our society. When power is unchecked, people can take advantage of their workers when they put profits before individuals.

While this isn’t Plaza’s usual comedic role, it does show that she can deliver an emotionally impactful scene when there is a conflict between her and another character. The energy and skill it takes to make this scene believable could only have been accomplished by someone with the range for such a troubling situation. However, in scenes where she is solely responsible for transporting audiences with her internal struggle, she fails to deliver.

While this isn’t Plaza’s most memorable role, it is one of her more serious and insightful projects. Here, she brings much-needed attention to social problems.

Emily the Criminal is in theaters now.

Aubrey Plaza on Being Vulnerable and Letting Go in ‘Black Bear’

Interviews with the Cast of ‘Child’s Play’