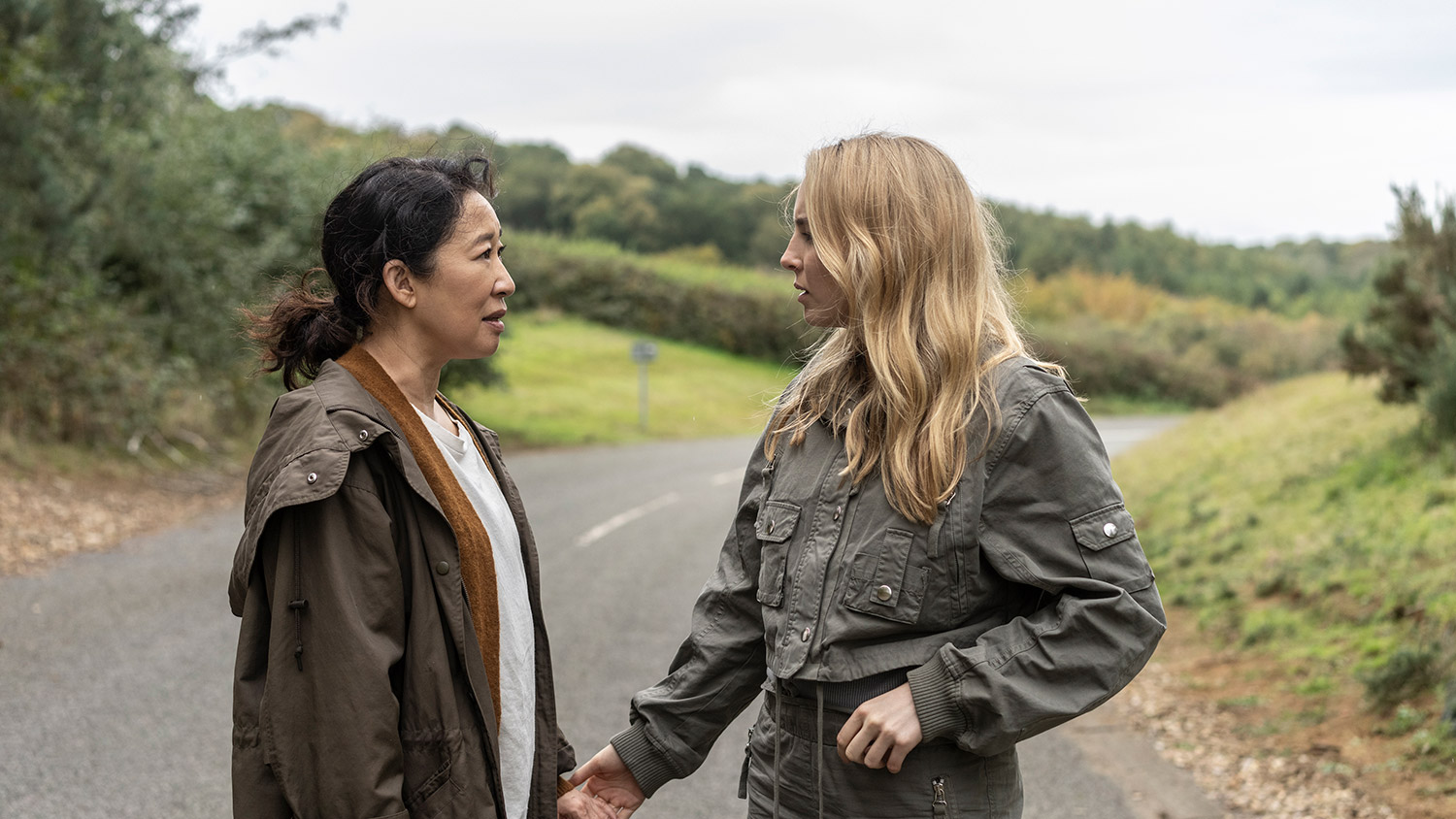 Warning: MAJOR spoilers for all four seasons of Killing Eve.

For four years we’ve followed Eve Polastri (Sandra Oh) and Villanelle (Jodie Comer) all over Europe as they develop a mutual obsession that evolves into a rather toxic relationship. We’ve seen them nearly kill each other, have intense, sexually charged moments, and share a brief post-brawl kiss on a bus. These beloved characters hold a lot of meaning to many viewers. While finales will never please everyone, this ending to a cult favorite feels particularly upsetting for the diehard fanbase.

Killing Eve’s fourth and final season premiered back in February, and throughout its eight-episode run, it received mixed reviews. However, the general consensus among fans seems to be largely negative, and for good reason. The series finale begins where episode seven left off, with Eve beneath a machete-wielding Gunn (Marie Sophie Ferdane). Villanelle looks on but doesn’t interfere, but Eve escapes via rock to Gunn’s head, a surprise attack from the trees, and gouging her eyes.

Villanelle and Eve finally work together and go on a road trip to murder the elusive Twelve. After spending time with an annoyingly cheery couple and stealing their transportation, we finally see a long-awaited proper kiss and affection between the protagonists. Though it’s only implied, the two lovebirds consummate their unity in the van. At least one can dream.

The two continue their quest for revenge, briefly running into Pam and Carolyn before they board a ship housing a wedding and a secret Twelve meeting. After all this (mostly uninteresting) buildup about the mysterious Twelve, they’re pretty much killed off-screen. We see Villanelle gloriously slaughtering the bunch single-handedly as it cuts to Eve on the dancefloor with the wedding party. As much as I enjoy watching Villanelle doing what she does best, the entire sequence was a letdown, leading up to an even bigger letdown.

Villanelle and Eve share a triumphant embrace but are interrupted by bullets essentially coming from nowhere. They both jump into the water, and we’re then subjected to Villanelle being repeatedly shot in front of the woman she’s been love-hating for years. Her body floats away, and Eve returns to the surface and lets out an agonized scream. Carolyn watches and says, “Jolly good,” into a walkie-talkie. We’re left with Killing Eve’s signature block lettering — “THE END.”

The season had plenty of problems before this rushed finale, including the pointless and unceremonious death of Konstantin (Kim Bodnia) at the hands of Pam (Anjana Vasan), Hélène’s newest recruit. After she slices him with a pizza cutter, he tells her that she didn’t have to do it, which was my exact reaction, though directed at the writers.

In an interview with Entertainment Weekly, Gentle justifies the deaths of Villanelle and Konstantin by saying they led dangerous lives and should have died already. While I understand what she’s saying, it’s still a pretty weak excuse for killing two key characters in a beloved show.

When asked about not revealing more about the Twelve, she says, “It’s not an espionage show. It’s not a show that’s about the Twelve.” Again, totally get that. However, taking out this organization is so important to each character. They’re willing to risk their lives and take lives just to get to them. Why wouldn’t we want to know more about it?

While there were incredible moments, like Villanelle killing Hélène (Camille Cottin) in a jealous rage while making eye contact with Eve, or her slapsticky hand-to-hand combat with Gunn. But it felt too disconnected from the last season. The place where Eve and Villanelle are at the beginning of season four doesn’t make sense following the emotional bridge scene. And whatever went down between them right after that moment isn’t explained at all.

This may be an unpopular opinion, but I would’ve been satisfied with an ending like season three. It’s a bit of a cliffhanger and doesn’t tie up all the loose ends, but it’s a more poetic way to end an iconic series. Better yet, end with that long-awaited kiss.

In the hands of Phoebe Waller-Bridge (Fleabag), Killing Eve was fantastic. Executive producer Sally Woodward Gentle explained that Waller-Bridge’s other projects meant that she couldn’t return for the second season. Emerald Fennell (Promising Young Woman) became head writer for season two. She was followed by Suzanne Heathcote (Fear the Walking Dead) for three, with Laura Neal (Sex Education) in charge of the final run.

Let’s be honest — we prefer Villanelle when she goes feral and murders people. Questioning whether or not she was evil in the third season was strange, but I went along with it because it was interesting to see her family in Russia. However, her “desire for normalcy” felt uncharacteristic. Yes, she returns to her murderous self, but the detour was a little too long. Though, it’s kind of exciting to wonder if she’s going to kill someone or not.

We’ve grown accustomed to queer characters dying on screen, especially in relationships. Keeping these two women apart for most of the series, finally giving the characters (and fans) what they want, and then ripping it away is such a tired trope. Killing characters for shock value makes it seem like they didn’t know what to do, so they went out with a bang (no pun intended). Honestly, it would’ve been edgier to end the series with them together.

All seasons of Killing Eve are streaming on AMC+.