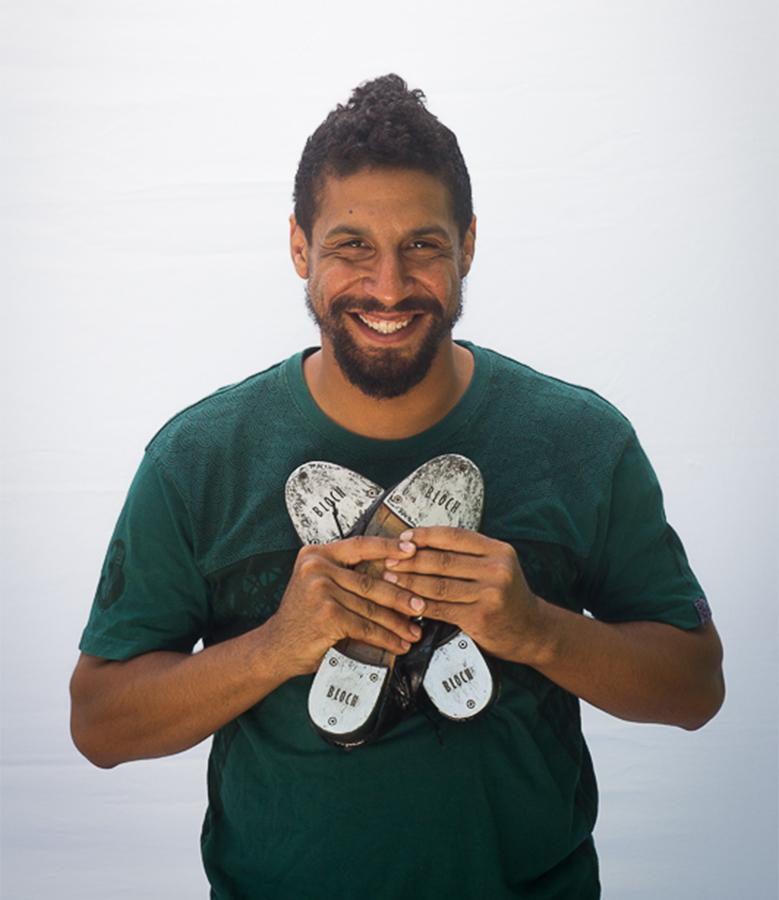 Simone Maurice’s twenty-three-minute mini-documentary on tap dancing is punctuated with the rhythmic melodies of intricate footwork and the narrations of Jason Samuel Smith. Smith, an award-winning tap dancer and choreographer, provides the audience with insight into the inner workings of tap movement, tracing its lineage to West Africa. The documentary is largely a visual piece and is characterized by the fancy foot-shuffles of Smith’s students and peers. Lost In the Shuffle focuses on community, culture, and empowerment, providing an organic experience that will surely be appreciated by tap dance enthusiasts.

Born in 1980, Smith has been dancing professionally for decades. Inspired by the likes of Gregory Hines and Peg Leg Bates, Smith comes from a performing arts family and attended Frank Hatchett’s Professional Children’s Program at the Broadway Dance Center in New York City. From there, Smith performed on Sesame Street as a child and, by adulthood, he won an Emmy and an American Choreography Award for his performance in tribute to Gregory Hines in 2003. Now in his late 30s, Smith is considered a Tap icon, with tap shoes bearing his name and the Broadway Dance Center touting him as one of their instructors.

Maurice’s documentary doesn’t focus on Smith’s impressive resume and instead focuses on the art form itself. With Smith acting as a guide, Lost In The Shuffle scratches at the surface of the African origins of tap dance, exploring its connection to the sabar styles of West Africa. During the narrative moments of the film, Smith contends that some of the movements of tap are identical to the sabar style, with influences raning from Senegal, Togo, Nigeria, and Benin. This dance lineage varies drastically from what is typically attributed to the art form, which often credits Irish dance traditions. Smith argues that there are no known dance lineages that support this notion and that West Africa is the ancestral stomping grounds of the art form.

Besides pointing out flaws in the origin stories of tap dance, Smith delves into the importance of self-expression and community building through Tap. He explains that the movement and connection to culture is a healthy expression of self. Tap dance has done just that for Smith, who gives back to his community in Jersey by providing dance classes and donating tap shoes.

While a brief history of tap dancing is introduced and its place in the African American community is examined during this film, Lost in the Shuffle is largely an ode to the physical movements of tap dancing and its varied students.  This focus suggests that Smith would rather show connections with dance and the community (there are some cute scenes where he teaches children) rather than talk about them. The result is an organic experience when watching the documentary, and will likely be appreciated by audiences who want to witness the technical skill exhibited by Smith and some of the film’s dancers. However, for folks wanting more of a historical background on tap dance, Lost in the Shuffle is very introductory and might leave viewers wanting for more.  With that being said, Maurice’s future in documentary production is bright, and hopefully she will continue her documentation of Tap culture and its connection to the African American community.