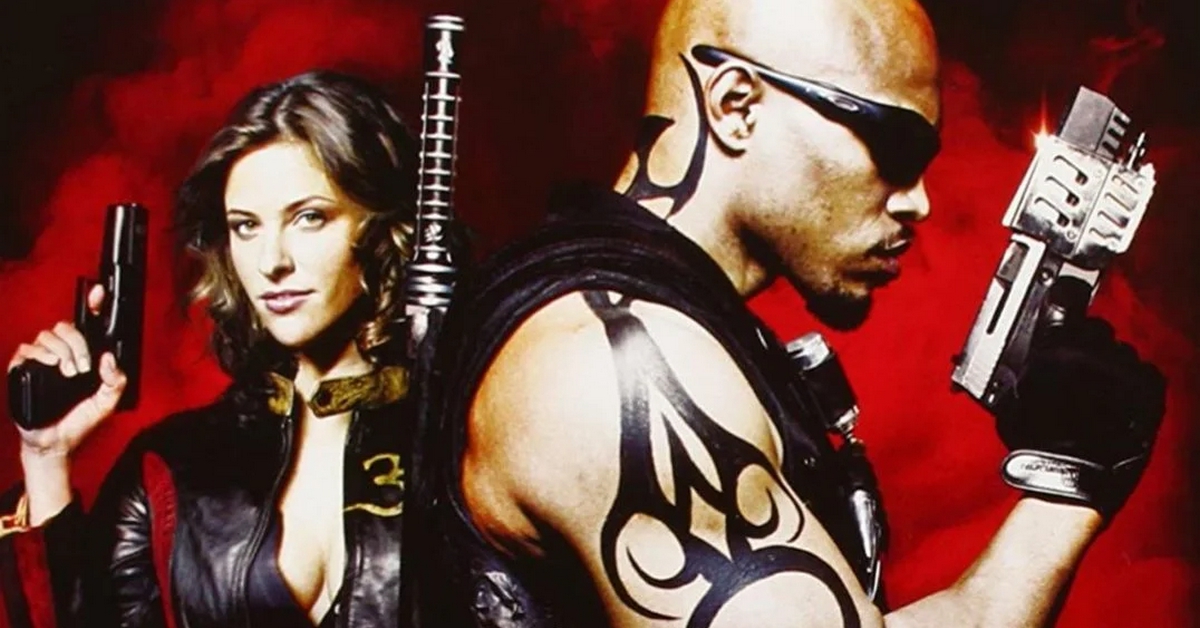 Though the first two Blade films were a massive success, insinuating the future profitability of the MCU, the franchise’s third installment, 2004’s Blade: Trinity, was a huge miss. Commercially, the film performed well; despite being the priciest of all three, it managed to outperform the original film by less than $1 million at the box office. However, its narrative squashed everything the previous films set, offering a less-than-satisfactory conclusion to the Blade trilogy.

Luckily, David S. Goyer, who basically wrote all three Blade films, got his chance at a do-over in 2006. He produced Blade: The Series for Spike TV — a fledgling television network catering predominantly to the male audience, which was looking to shift from syndicated releases to original programming. Unfortunately, the series turned out to be a complete flop, and in this article, we’ll touch upon the good, the bad, and the undeath of Spike TV’s short-lived Blade TV series.

The Good: The Pilot Episode

Blade: The Series premiered on June 28, 2006, with a two-hour pilot titled Blade: House of Chthon, picking up where the last film, the aforementioned Blade: Trinity, left off, featuring rapper Kirk “Sticky Fingaz” Jones as the eponymous hero. However, the show also added two additional protagonists, Krista Starr and Shen, portrayed by Jill Wagner and Nelson Lee.

The show’s strong and confident debut didn’t require the viewership’s familiarity with the comics or the films to keep up with the story. It had 2.5 million viewers and was the most-watched original series premiere in Spike TV history — which wasn’t a significant feat, even by contemporary metrics. It was the number one show on evening cable TV from men 18-34 and 18-49, but it failed to hold its numbers as the story unfolded.

Though Blade films referenced the vampire class system, the series delved into and expanded the fanbase’s knowledge of vampire hierarchy. It involves purebred vampires looking down upon those who were either half-breeds or humans turned into predatory bloodsuckers. The racial allegories are rather obvious, especially since the protagonist is a half-breed vampire of African-American descent, set against the purebred elite, which is predominantly white in what has almost become a genre staple at this point.

Not to mention that the entire arrogant class of purebreds is typically dressed in high-society fashion, which visually sets them apart from other characters. So what fuels the blood and avante-garde fueled lifestyles of the rich and undead? Well, in Blade’s universe, it’s the usual: human trafficking, drugs, etc., considering that the vampires basically run everything. And as the joke about vampires go: if you didn’t amass a fortune over the centuries, step out into the sun.

As previously stated, Blade: The Series is a continuation of Blade: Trinity, which introduced Dracula, the first vampire, which was revived by other vampires hoping to use his powers to cure the vampiric weaknesses — sunlight, silver, garlic, all the usual stuff. Unfortunately, Dracula’s introduction perhaps defeats the purpose of purebloods, as to him, all vampires are inferior since their origins can be traced back to humans by default.

Regardless, the team working with Blade called the Nightstalkers, developed a genetic weapon — a virus — using Dracula’s blood, breaking down vampires at the cellular level. The virus apparently kills all vampires but Blade by the film’s end. In the series, however, the virus wasn’t nearly as effective, and it only killed a handful of vampires, leaving Blade to clean up the rest of them, all 12 vampiric houses, which were all led by purebloods.

The Bad: No Wesley Snipes

Following the release of Blade Trinity in 2004, Wesley Snipes sued both New Line Cinema and Goyer, claiming that the studio didn’t pay his full salary and that he was intentionally cut out of casting decisions and the filmmaking process, despite being one of the producers. Of course, this effectively removed him from any future Blade projects helmed by Goyer, but then again, Snipes’ iteration of the character wouldn’t really match the long-format of a television show.

Blade is a talkative comic book character, but Snipes made him into a silent-but deadly type for the films, which admittedly matched the format and Snipes really well. He was really effective at communicating Blade’s one-liners and shoot-first approach in the films, which worked better for a total of six hours of film.

Jones, unfortunately, fell a bit flat, with his iteration being a bit bland. Goyer decided to keep the “man of few words but many stakes” personality despite the overall longer format. Besides the rapper’s lack of acting experience compared to Wesley Snipes, who very nearly could have surprised us all by appearing in Black Panther, it was quite evident that reciting dialogue was not this actor’s strong suit. If Goyer hadn’t expanded the cast and added new characters, the series would’ve been mistaken for a continuous silent film project had it remained solely focused on Jones, who appeared to be menacingly posing most of the time, more than emoting.

The Undeath: Still a Better Love Story Than Twilight

Though it premiered two years before the first installment of the Twilight saga and had no love-story elements, Blade: The Series was the last real story about the brutish and unnatural nature of vampires before the bloodsuckers were romanticized by Hollywood and fan-fiction ‘shippers’ the world over.

Admittedly, the vampires in Blade: The Series wasn’t anywhere close to Edward Cullen levels, they were universally well-dressed and aristocratically suave in a way that showed a profound change in the genre’s zeitgeist. This goes all more for the prominent pureblood and half-breed characters, making them hard to distinguish from the actual human “cattle” they fed on at times, outside of the business suites and attaché cases.

Sequels are made for money, so you can always count on Hollywood to ruin a good film franchise, kill it, and then have the network and cable TV pick it apart like the vultures they usually are. You’re left with the bare bones of a franchise that could’ve been great. A cable or studio-backed necromancer does appear from time to time, trying to revive it — in most cases, it ends up like Frankenstein’s monster, which kills itself by the tale’s end.

This time, the metaphorical necromancer is the MCU, which is now reviving Blade with Mahershala Ali as the titular hero. Hopefully, the MCU’s version of the film will also see the return of Doctor Karen Jenson — the inventor of the original cure against vampirism.

Should Karen Jenson Make an Appearance When ‘Blade’ Comes to the MCU?