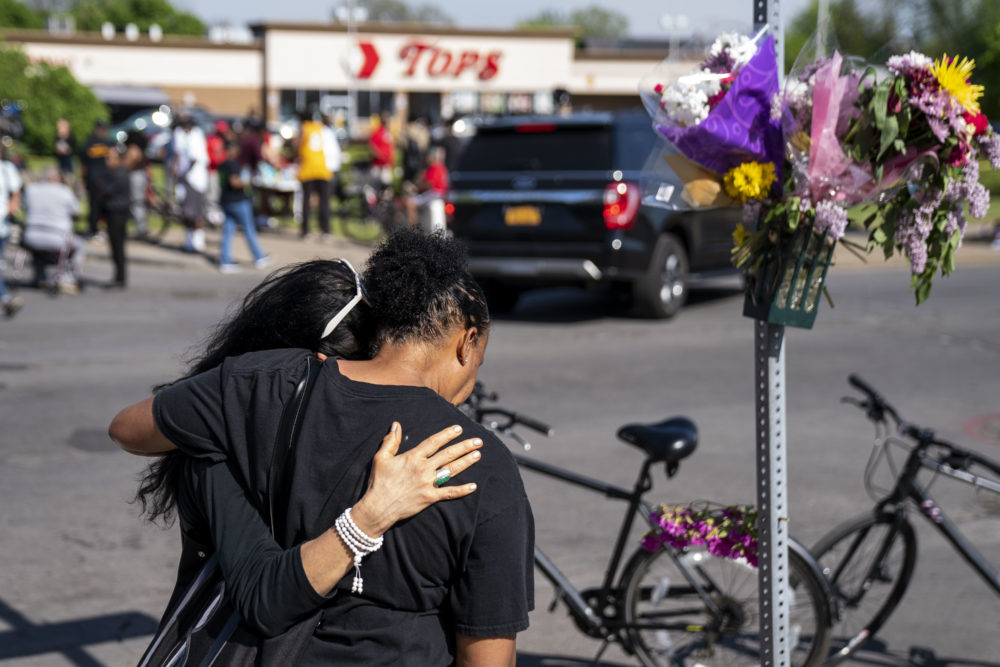 On May 14, 2022, a racially motivated mass shooting took place in Buffalo, New York, at Tops Friendly supermarket on the east side of the city. Ten people were killed, all of whom were Black; three others were injured. Dressed in military-style clothing, 18-year-old shooter Payton Gendron live-streamed the attack on Twitch.

Since the shooting, Gendron has been charged with first-degree murder. The FBI is investigating this as a hate crime and racially motivated violent extremism.

Researchers have put together a digital blueprint of Gendron that paints a picture of a racist obsessed with planning and executing a deadly mass shooting. In hindsight, questions have been asked if red flags were present and what information it tells us about others who have extreme views.

Truth is, the extreme view they speak of is pure racism which we know is alive and keeps getting worse. Society has become desensitized and numb to mass shootings. When they are racially motivated, there is always an even deeper meaning.

Researchers have concluded that Gendron was exposed to the racist conspiracy theory known as the Great Replacement. He was then inspired to commit a mass shooting through the material he accessed online.

What is the Great Replacement Theory?

In short, it’s a theory that says there is a plot to diminish the influence of white people. People who believe in this theory are convinced this is being achieved both through the immigration of non-white people into societies dominated by white people, and through simple demographics, with white people having lower birth rates than other populations. This was evident in Charlottesville, Virginia, where white nationalists marched at the rally chanting: “You will not replace us!”

In June 2015, nine Black church members were gunned down inside Charleston’s historic Mother Emanuel A.M.E. Church by 21-year-old white supremacist Dylan Roof. Mass shootings were becoming common around this time. But the Charleston massacre was a clear act of white supremacist violence that came as the nation slowly realized its racism problem was getting worse, not better. President Barack Obama, who personally knew Pastor Pinckney, delivered the eulogy at his funeral, leading in the singing of Amazing Grace.

Here’s what is disturbing – in a poll released last week, The Associated Press and the NORC Center for Public Affairs Research found that about 1 in 3 Americans believe an effort is actually underway to replace U.S.-born Americans with immigrants for electoral gain.

You know what else is disturbing? Tucker Carlson.

No one has promoted the replacement theory more than Carlson. He has pushed false views that are more easily embraced by some white people who are concerned about the loss of their political and social power. “I know that the left and all the gatekeepers on Twitter become literally hysterical if you use the term ‘replacement,’ if you suggest the Democratic Party is trying to replace the current electorate, the voters now casting ballots, with new people, more obedient voters from the Third World,” he said on his show last year. “But they become hysterical because that’s what’s happening actually, let’s just say it. That’s true.”

A study of five years’ worth of Carlson’s show by The New York Times found 400 instances where he talked about Democratic politicians and others seeking to force demographic change through immigration. Fox News defended him, pointing to repeated statements that Carlson has made denouncing political violence of all kinds.

Even more vile than Carlson’s show, 4chan is a platform where anyone can post comments, videos, and images anonymously about anything. This has been a resource for extremists of the replacement theory.

However, Carlson has invoked the ideas at the center of the theory, warning that Democrats including President Joe Biden have weaponized immigration as a political tool to strengthen their voting community, weaken the power of white people and seize permanent government control. He’s in a position to introduce viewers to extreme ideas that they can explore more completely. He has the power to legitimize hate and make it seem normal.

The replacement theory is mainstream now and has been twisted, remixed, and stretched to attract more believers, and hateful tweets. In his own words, Payton Gendron followed a path to radicalization, before totaling throwing himself into this theory and other racist content. He found comradery with online forums casting Black people, as well as Hispanic immigrants, as “replacers” of white Americans.

Versions of the same ideas have made their way to the Republican Party, and they haven’t been shy about voicing their beliefs. Just this past year, Newt Gingrich, former House speaker, and Elise Stefanik, New York congresswoman, have echoed the replacement theory. While appearing on Fox News, Gingrich declared that leftists were attempting to “drown out classic Americans.”

My grandparents always used to say that you don’t have to look far to see hate. Hate never hides. Rather, it rears its ugly head in full view. Hate has no shame.

The replacement theory is a result of normalizing white supremacy. Carlson may be leading the charge but he’s backed by Republican elected officials and other leaders – people in powerful places. It only takes a couple of clicks to go from watching Carlson on television to an extreme website like 4chan.

Oftentimes, the concept of American democracy seems unrealistic – only extended to a chosen few. The “great replacement” conspiracy theory rests on the principle that certain people should be excluded from the promise of democracy, or that extending it to everyone would create a form of bondage for those to whom the promise was originally kept. Theories sometimes have the ability to outlast partisan shifts. It’s time for a culture shift where theories like this can longer have breath.