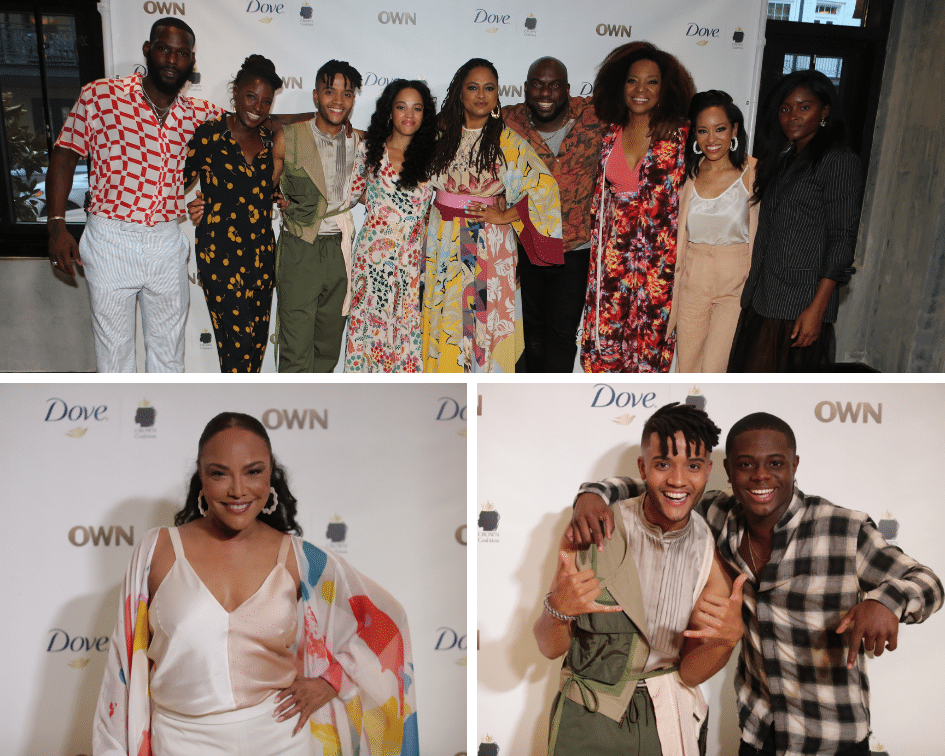 OWN’s original scripted series include popular dramas like Queen Sugar, Greenleaf, Ambitions, The Haves and the Have Nots, If Loving You is Wrong, and the upcoming drama series David Makes Man. BGN was able to sit down with some of the cast members from some of our favorite shows during Essence Festival like Greenleaf, Queen Sugar, Ambitions, and Iyanla: Fix My Life.

The Greenleaf family and their sprawling Memphis megachurch, where scandalous secrets and lies are as numerous as the faithful. Born of the church, the Greenleaf family love and care for each other, but beneath the surface lies a den of iniquity greed, adultery, sibling rivalry and conflicting values that threatens to tear apart the very core of their faith that holds them together.

When talking with the cast of the Greenleaf about the show touching on subjects that happen in the church that most people don’t speak about — Lynn Whitfield who plays Lucky Mae Greenleaf — says, “If we don’t touch on difficult subjects you all won’t tune in.” She says sometimes the cast might get a script two weeks before and she sometimes says, “Oh my God are we going to go there, we are really pushing the envelope”. The cast loves how the audience can possibly see a piece of themselves in at least one character on the show. When asked what church in Memphis the show based on, Whitfield says it’s not based on one specific church “but all churches”. Whitfield adds, “All of our movement and progress comes from the church”.

Iyanla: Fix My Life is one of the many reality shows on the OWN network. Vanzant helps people fix their lives using her past to help others’ futures. Secrets get revealed, truths get uncovered and emotions come out as Vanzant teaches people how to pull back the curtain on what is broken in their lives.

If you have seen the show, you know it’s very emotional and heavy. When asked about social media, Vanzant she says it hurts her feelings that the blogs reposted a video of her singing by a pole and people were saying she was intoxicated. Vanzant says “I go back and forth with people on there and I don’t like that”. She also mentions people need to understand that we just want to have fun. When asked can you talk about how we have lost laughter for healing, she says “You have to laugh and just have fun. Find what brings you joy, for me — shopping brings me joy.” She also added some feedback about her experience at the Essence Festival every year. “I go to the convention center and get the fried lobster tail every year. I also zip through the aisles and go to my favorite vendors”

In Queen Sugar’s fourth season, the Bordelons find themselves continuing their fight to save their family farm and father’s legacy as they navigate their own personal journeys.

Omar Dorsey plays Hollywood Desonier, and discusses how his character has made him change in his real life. Dorsey says “Not only is Hollywood a provider, he is supportive. He has dealt with an ex-wife that had mental issues and now he’s dealing with a wife that has health issues.” Dorsey shares, “In a way me and Hollywood are the same person”.

When Ava DuVernay is asked which characters are like her the most she says, “The characters Nova and Charley are the most like me. A lot of the men in the show are like men in my family.” She adds, “A lot of the names you hear on the show are people in my family, so my family calls me every week and say you used so and so name but not mine”. DuVernay also mentions that a lot of what is said to certain characters are things her family has said to her in real life.

Ambitions is a multigenerational family saga centered around one woman who, having recently relocated and intent on revitalizing her marriage, finds herself going head to head with some of the most powerful and deceitful players in the city.

Essence Atkins plays Amara Hughes, a lawyer in the U.S. Attorney’s Office who has newly arrived in Atlanta with her husband.

While sitting with the cast, Atkins talks about how the series can compete with a lot of shows on TV, she says, “We are not just relegated to the sassy friend. We can do anything and shouldn’t be relegated to the sideline and we can carry stories as we saw through Black Panther — that we can tell all stories.”

OWN ended the interviews with a cocktail party at Legacy Kitchen’s Craft Tavern.

Photos by Peter Forest courtesy of OWN

Season 2 of ‘David Makes Man’ Is Ready For Its Return