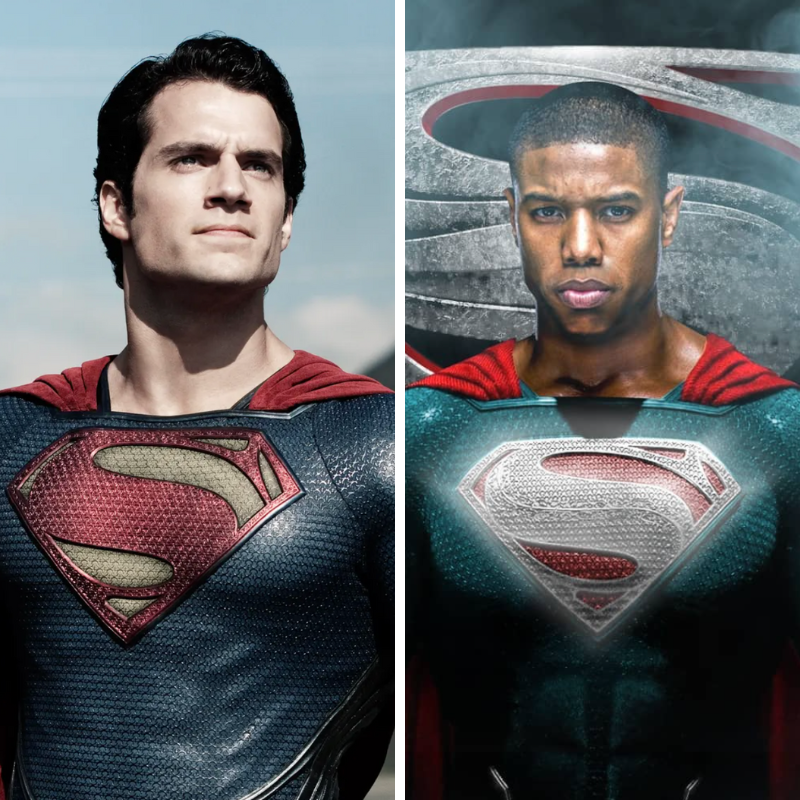 The controversial discussion around Henry Cavill stepping down as Superman had the internet buzzing since the actor officially announced it on his Instagram.

In fact this riled up fans so much that the hashtag #FireJamesGunn became a trending topic on social media.  To give some context here, James Gunn, most notably known for his work directing the Guardians of the Galaxy Marvel movies and DC’s The Suicide Squad and creator of The Peacemaker TV series was recently hired on as co-head of Warner Bros. Discovery’s DC Comics film and TV unit along with Peter Safran. James Gunn will now be the Kevin Feige of the DC cinematic universe.

The producers have decided to focus on the earlier parts of Superman’s life, leaving Cavill to pick up his pink slip from Warner Bros and move onto the next project.  And while there are several articles out there speculating who should play the next-gen Kal-El (aka Superman), what about Val Zod? This is a character that Michael B. Jordan has expressed interest in playing and is set to executive produce a series for HBO Max currently in development.

So while we fan cast over who will wear Superman’s cape next, let’s explore the comic book canon Black superheroes in the DC universe that offer a unique, fresh and substantive story to the prolific action hero.

Also known as Kalel, Calvin Ellis is an alternate version of Superman who appears in the multiverse of DC Comics. He is the President of the United States and the superhero known as Superman in the alternate universe of Earth-23.

Val-Zod is a Kryptonian who is the second character to take on the mantle of Superman in the DC Comics Universe. He was raised on the planet Krakoa instead of Earth and is a member of the Justice Society of America.

Kwaku Anansi is a character in the DC Comics universe who is a member of the superhero team known as the Global Guardians. While he is not had the actual mantle of Superman and is actually more aligned with being a Spider-Man-like character, he has powers and abilities similar to those of Superman. He is an Anansi, a mythical spider and trickster god from African folklore who claims to be directly responsible for the creation of Vixen’s Tantu Totem. His powers include super strength and the ability to fly.

As the shakeup begins over at Warner Bros, J.J Abrams’ Black Superman reboot is still happening. The controversy around the development of the reboot, a script penned by cultural critic Ta-Nehisi Coates decided to racebend Superman and make Clark Kent Black, instead of going with a canon Black character like Val-Zod or Calvin Ellis.

While it’s too early to tell what Gunn and Safran’s plans are for the DC cinematic universe are as it relates to this specific hero, one thing is for certain, there are a lot of options to create various stories, experiences and new franchises under the Superman mantle.

There’s also a conversation to be had around Milestone characters such as Icon, Rocket, Static and Hardware. Where will they fit into the new guard over at Warner Bros Discovery?

We’ll see what happens and in the meantime; reading up on these characters are a great way to kill some time while you wait.