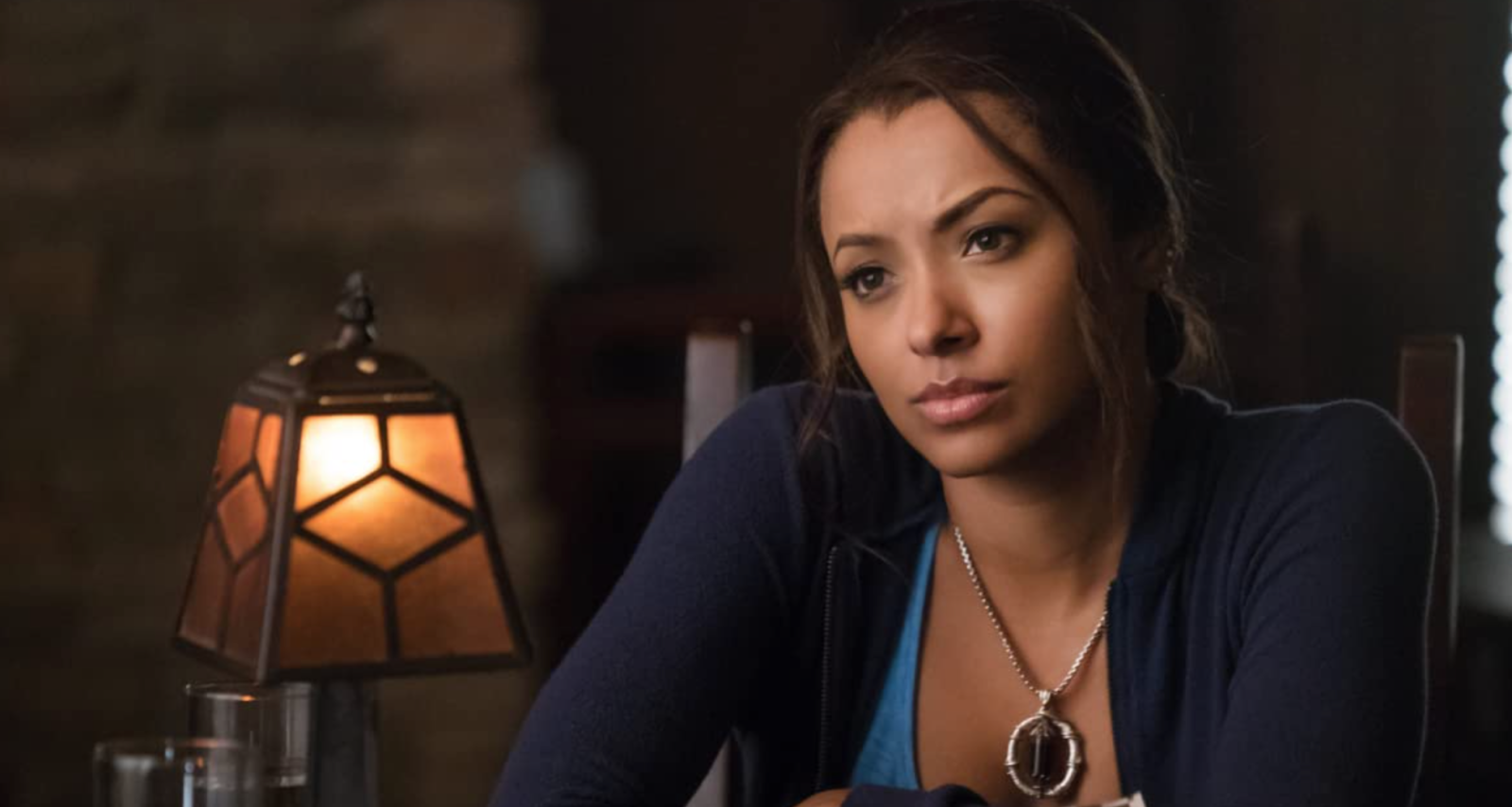 As a teenage girl in the early 2010s, I was the prime target audience for the teen vampire romance mania. I loved everything Twilight, devoured the Vampire Academy books, and secretly watched True Blood when I’m sure I wasn’t supposed to. So, when The Vampire Diaries premiered, you know I was a loyal weekly watcher — especially because of the promise that teenage witch Bonnie Bennett (Kat Graham) held for me.

I thought: finally, a Black girl in the main cast of a supernatural romance series! Before the show premiered, I wondered which guy Bonnie would get and how exciting her adventures would be. Unfortunately, I, along with everyone else, realized soon enough how disappointing Bonnie’s storylines and those of the other characters of color were.

The Vampire Diaries or TVD continued the tradition of TV shows and movies tokenizing their Black and minority characters. TVD is one in a long line of shows that are notorious for the way they treat their minorities as one-dimensional, as jokes, or as scapegoats, or for just plain killing them off when the writers no longer know what to use them for, with them doing Bonnie Bennett the dirtiest.

TVD ran from 2009 to 2017 on the CW. The CW has made a name for itself in the teen drama genre providing us with such pop-culture classics as Gilmore Girls, Gossip Girl, and One Tree Hill. TVD‘s neglect of their Black characters speaks to a larger problem with how the CW represented minorities as a whole in the early 2000s and 2010s.

TVD opens with 17-year old Elena (Nina Dobrev) on the first day of school, dealing with the grief of losing her parents in a car crash the year before. In true 2010s vampire romance fashion, new student and 100+-year-old vampire Stefen (Paul Wesley) falls for her gloomy and morbid disposition. So begins the 8-year-long story of love, danger, and vampires in the town of Mystic Falls. In similar 2010s fashion, among the main cast there is only one person of color: Bonnie Bennett.

The Missed Opportunity of Bonnie Bennett

TVD had a large cast of main characters, within which was the core girl group that consisted of Bonnie, Elena, and Caroline (Candice King). Bonnie’s relationship with these girls was one of the high points of the entire show. However, it was made clear from the first few episodes which two branches of this three-person friend group would be favored by the story.

The first thing I noticed about Bonnie’s character that made it clear that she was not favored by the writers compared to the rest of the cast was just how often she disappeared from the story entirely. Most often, the reason for her absence is brushed off with a brief line about her visiting family we’ve never seen or heard about. One would think that this was due to the actor having scheduling issues or other obligations conflicting with filming, but no. She comes in and out of the plot as needed because the writers just didn’t know what to do with her.

Bonnie is a powerful witch, you might even say overpowered too quickly, and is used primarily as a scapegoat whenever the writers back themselves into a corner. If a problem or villain cannot be defeated within the logic of the episode, here comes Bonnie, back from her mysterious extended family retreat to save the day with powers we didn’t know she had and never saw developed.

Not only were her powers muddled and poorly thought through, but her personal life was as well. One could argue that a major part of the appeal of TVD is to live vicariously through the girls who are dating these hot Halloween monsters. And, I’m not going to lie, that was a big draw for me at 14.

In that vein, Elana has three love interests and Caroline has a total of six, all of which are main characters with their own full storylines apart from their involvement with the girls. On the other hand, Bonnie gets five love interests over the series, most of which are introduced solely as being a boyfriend for Bonnie. One of them is even her stepbrother! These guys would always get inexplicably killed off soon after they were introduced. Bonnie gets left with underdeveloped characters who die episodes after we meet them.

We could have had many more interesting storylines with Bonnie’s training as a young witch, her turmoil about going against her nature in helping or fighting the vampires of the town, and her dealing with actually intriguing relationship drama. Instead, her character was a huge wasted opportunity.

To continue with the theme of Bonnie being neglected by the TVD team, the actor who played her, Kat Graham, has even said in a vlog for Vogue that she asked if her character could wear her hair naturally, but the idea was shot down by producers. This is the reason for the seemingly endless amount of busted wigs Bonnie wears. To add insult to injury, her costar Nina Dobrev got hair extensions and good wig installations whenever she was tasked with playing Elana’s evil doppelganger, Katherine. So why couldn’t Bonnie have gotten the same treatment?

On top of all of this, the majority of the show is set in Virginia in the fictional town of Mystic Falls — a town that has historically deep ties to the Confederacy and regularly throws Antebellum parties and balls.

All of the Black characters are either related (see again Bonnie dating her step-brother!), witches, or slaves (called “handmaidens” and “footmen” to make their presence in the flashbacks more palatable).

I’m not saying that TVD is high art that deeply fleshes out its other main characters with nuance and thoughtfulness. It’s the CW. But, the characters of color, Bonnie in particular, are treated as one-dimensional, whereas her white counterparts are paid much more attention.

The hardest part is that most of Bonnie’s storylines are the most compelling in the series. In later seasons her personality shines through more, and I wish she would have gotten the attention she deserved.