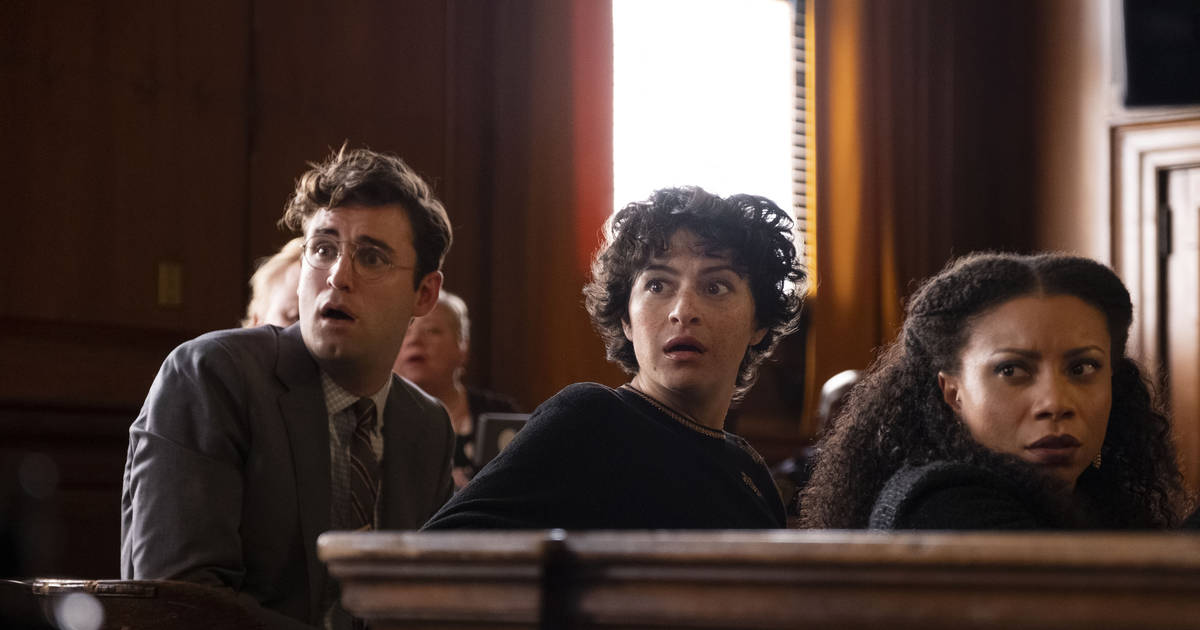 April is the month of humor, and what better way to celebrate than with endless laughs from your favorite comedies. There’s It’s Always Sunny in Philadelphia, The Righteous Gemstones, Schitt’s Creek, Atlanta, Doom Patrol — plenty from which to choose. But if you want to indulge in some obscure and unappreciated shows, check out these criminally underrated comedies.

What happens when a group of young offenders sentenced to community service is struck by lightning and develop superpowers? Well, they don’t exactly save the world. Instead, they make several ridiculous mistakes and are forced to deal with the insanity that comes along with these “gifts.” While the cast evolved over the five-season run, the first two seasons will always be my favorite. The core characters — Curtis (Nathan Stewart-Jarrett), Simon (Iwan Rheon), Alisha (Antonia Thomas), Kelly (Lauren Socha), and Nathan (Robert Sheehan) — have fantastic comedic chemistry. You may recognize some of their names as they’ve gone on to do big projects like The Umbrella Academy (Sheehan), Candyman (Stewart-Jarrett), and Game of Thrones (Rheon).

Wayne follows the titular character’s epic journey from Boston to Florida in search of his dad’s stolen Trans-Am. The teenager has a reputation for getting into fights, but he’s always defending someone, like his friend Orlando. He’s got a big heart and a reckless personality, which makes for some entertaining (and oddly endearing) television. I haven’t met anyone who’s seen Wayne, which is unfortunate because it’s a fantastic show. Like many of the shows on this list, it only had one season. Here’s hoping that Amazon orders a season two at some point.

Emily Dickinson is well known for her unique poetry, but Dickinson, the wonderfully surreal series about her mysterious life, tragically, is not. It’s a modern take on the aspiring poet’s younger years as she rebels against social norms and rampant misogyny of the time. She’s in love with her brother’s wife Sue, goes on nightly carriage rides with Death, and sometimes talks to a giant bee. Guest stars include Billy Eichner as Walt Whitman, Ziwe Fumudoh as Sojourner Truth, and one of my personal favorites, Nick Kroll as Edgar Allen Poe. Creator Alena Smith uses today’s music and slang that makes for a hilarious and bizarre viewing experience. It’s an incredibly made show that’s not talked about nearly enough. The series ended in 2021 after three glorious seasons.

Where to watch: Apple TV+

Burning Love is a parody of countless reality dating shows, particularly the bachelor franchise. The first season centers on fireman Mark Orlando as he tries to find someone worthy of his hose. The second season of course follows one of the unlucky ladies who didn’t make the cut. And the third season is a Battle of the Sexes challenge with some previous cast members competing for cash. It’s one of the best-hidden gems I’ve ever found. With comedic talent from the likes of Ken Marino, Nick Kroll, Natasha Leggero, and Paul Sheer, this short-lived series is something I watch over and over again. And you will, too. Many cast members have also appeared on Party Down, another excellent but underrated show.

Where to watch: Pluto TV

It’s the year 2000, and best friends Anna and Maya enter 7th grade with high hopes. But the two 13-year-olds quickly find out that it’s not that great. Their intense friendship is both hilarious and sweet, and watching them navigate the awkwardness of being a pre-teen provides endless laughs. What’s funnier is that creators Maya Erskine and Anna Konkle play younger (fictionalized) versions of their middle school selves, while acting alongside actual teens/pre-teens. Anyone who grew up in the early aughts will appreciate this painfully accurate series. Spice Girls, gel pens, thongs, AIM — PEN15 has it all.

By now, several people know about the stunning and brilliant Michaela Coel, whether it’s from her work on Black Mirror, I May Destroy You, or her role in the upcoming Wakanda Forever. But in 2015, Coel became the writer, creator, producer, composer, and star of the British hit comedy Chewing Gum. Based on her play Chewing Gum Dreams, the series follows Tracey Gordon, a 24-year-old eagerly exploring her sexuality after years of religious restriction. She’s awkward, adorably naive, and ready to get busy with a new boyfriend. Part of the humor is just how embarrassingly relatable she can be.

Fans of the strange world of Twin Peaks will appreciate this series about amateur millennial sleuths. It all begins with the disappearance of Chantal Witherbottom, and her college acquaintance’s long-suffering search to find her. Dory drags her friends Elliot and Portia, and her boyfriend Drew into a messy mystery filled with stalkers, cults, and a couple of dead bodies along the way. Each season has a shift in the genre while keeping the consistent whodunit tone. Season 3 guest stars Shalita Grant as Cassidy Diamond, a budding attorney with serious vocal fry and killer fashion — it simply cannot be missed. Search Party is a lot of things, the main one being darkly hilarious. Thankfully, the show lasted five seasons. However, the lack of attention it received is disappointing.

Writer-creators Jessica Hynes and Simon Pegg star as new roommates Daisy and Tim, two unemployed twenty-somethings pretending to be a couple in order to live in a particular apartment. Their neighbors and friends are a bunch of zany characters that keep them entertained via clubbing, paintballing, and video games. If you’re familiar with Edgar Wright, there is a good chance that you’re a fan of Spaced. However, it’s a show that still not many people have seen despite it becoming a British cult classic. Cast members have also popped up in Pegg and Wright’s “Cornetto trilogy,” namely frequent collaborator Nick Frost.

Where to watch: Prime Video